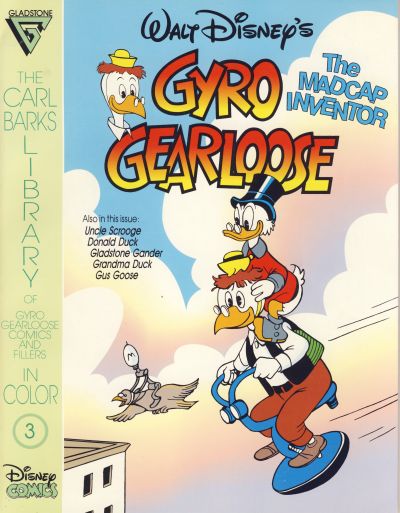 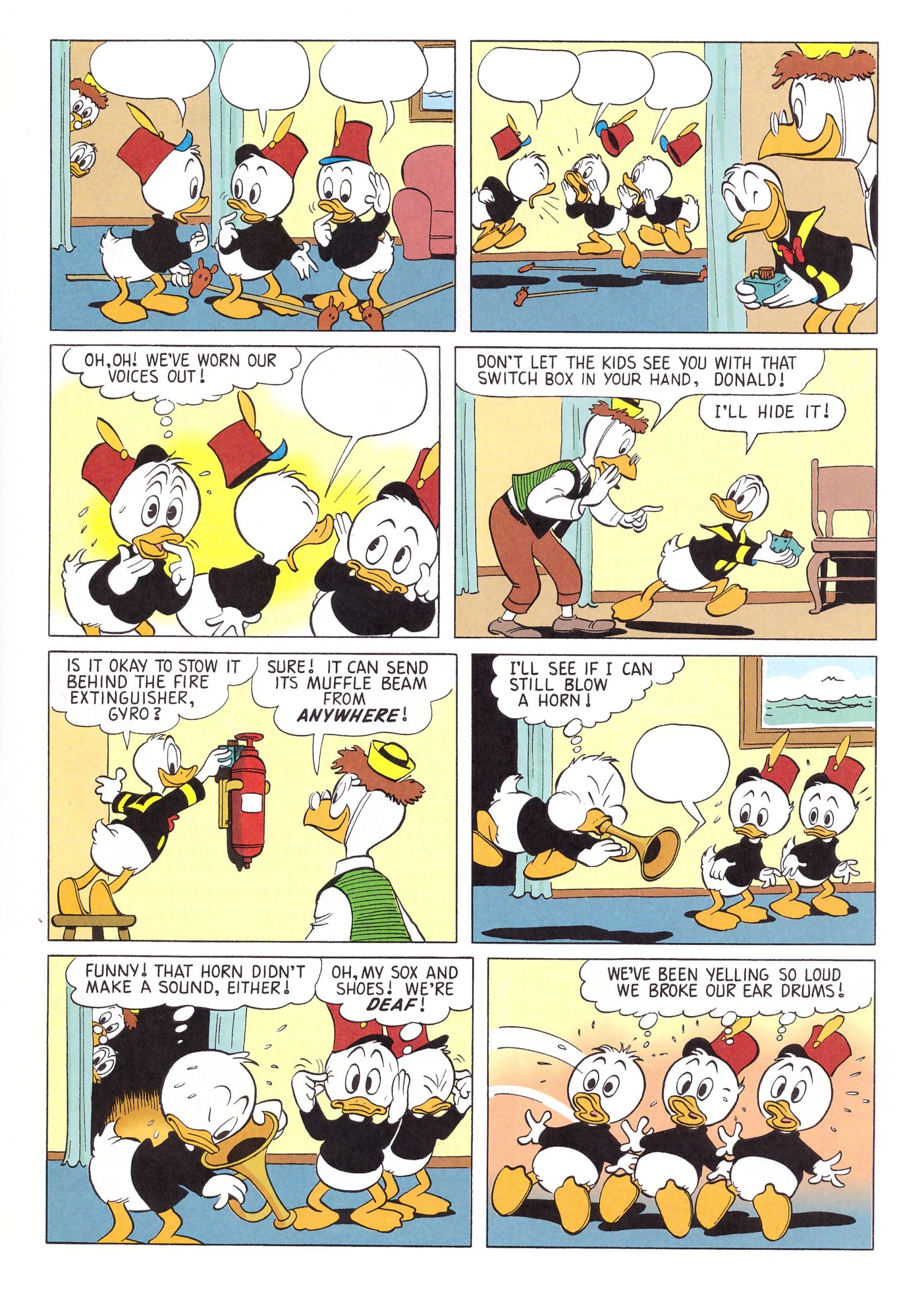 Seven years after his 1952 introduction in Walt Disney’s Comics & Stories, Gyro Gearloose was given a solo outing in the long-running Four Color series, and those joyful tales form the bulk of this album. Rather than expanding the madcap inventor’s exploits into a full length story, Carl Barks recognised the strength of his creation was working through one nutty invention and onto the next, so produced a succession of eight page slapstick adventures.

As noted on the cover, Barks hedged his bets by ensuring the stories featured a full range of popular guest stars. Apart from the usual combination of Grandma Duck and Gus Goose out on the farm, Barks restricts them one to a story, each needing a helpful invention. Barks’ eccentric mind is to be cherished as he builds stories around the impossible, part of the joke being that the wider world can’t appreciate the value of Gyro’s talents. He has to go through the streets pushing a cart and ringing a bell offering his inventions. The Uncle Scrooge guest appearance features the astonishingly desirable one-person flying scooter that Gyro’s unable to sell to Duckburg’s citizens even when discounted to $4. However, as delightful as that is, the heart of that story is the touching quest to find a new home for a nesting stork.

Animals feature in all these stories. Grandma’s cows won’t produce milk unless they’re played Strauss’ Blue Danube. Donald’s Dog Bolivar, rarely seen by the late 1950s, amuses itself playing checkers with Gyro’s helper as Gyro and Donald attempt to solve the problem caused by removing Huey, Dewey and Louie’s loud voices. When helping Gladstone Gander, Gyro tangles with an octopus. Gladstone’s lost his lucky rabbit’s foot off the end of the pier, and Barks weaves a neat story about where the luck is, while also reinforcing Gyro as someone whose innate generosity makes him a person others take advantage of. It goes without saying that Scrooge has no qualms about that.

The final two stories revert to the regular back-up length of four pages, the first of them using the strong cheese idea from a discarded plot presented in Gyro Gearloose 2. That’s the more inventive of the pair, as Gyro creating a superfast speedboat isn’t as exceptional today, and probably wasn’t even in 1959, the only difference being fewer of his audience would have seen one on TV and film.

All Gyro’s stories are well crafted fun, and the four stories prepared for Gyro’s solo debut are all gems, while the other strips hardly lack inspiration. All are also collected in the more easily found hardcover Uncle Scrooge: Island in the Sky. And to avoid any confusion, always possible with publisher Gladstone’s assortement of titles, the next volume is cover-titled Gyro Gearloose and Uncle Scrooge.