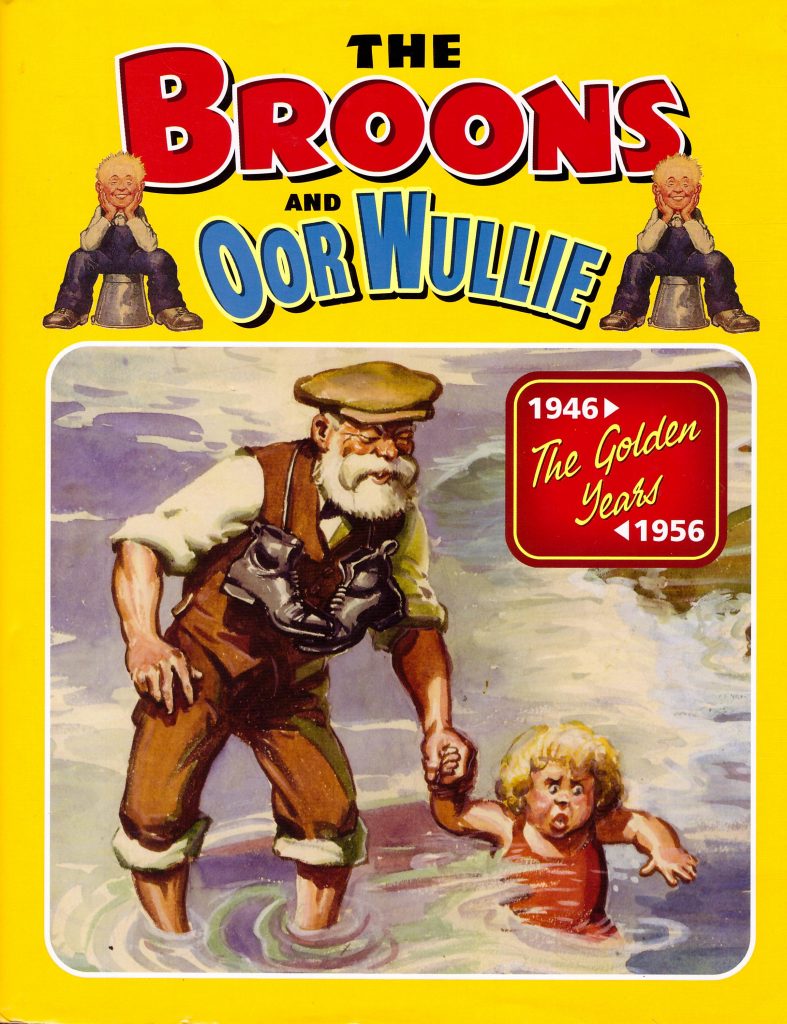 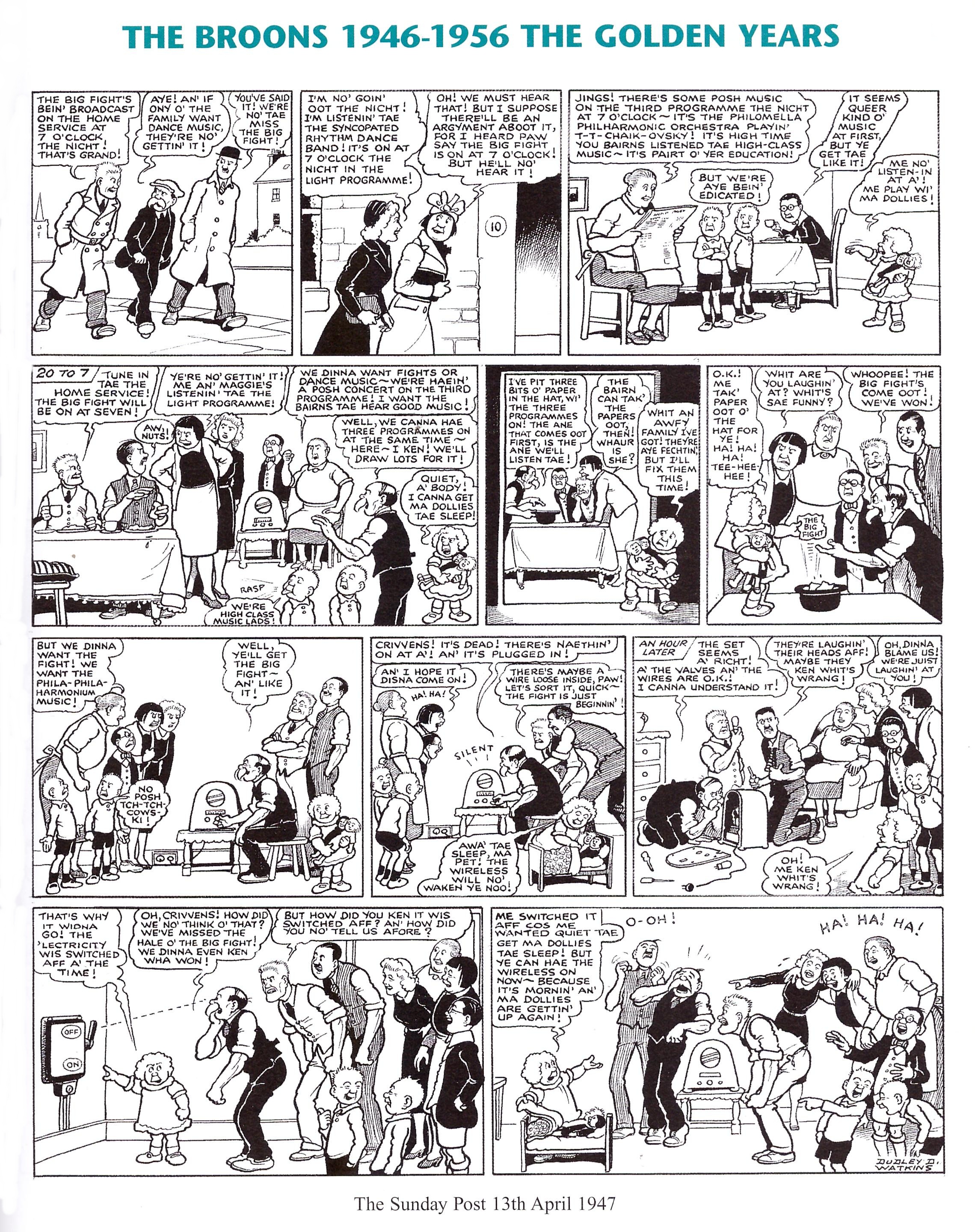 Subtitling this book The Golden Years is no boastful marketing phrase. By the beginning of 1946 Dudley D. Watkins had been drawing weekly newspaper strips Oor Wullie and The Broons for almost a decade, first improving his layouts, then gradually removing the clutter from his panels, yet somehow including multiple members of the Broon family. Eleven panels feature in the sample strip, with all ten Broons in four of them, and only one missing in another two, yet there’s a role for everyone, each in different pose, and neither does Watkins skimp on the facial expressions. How many comics today provide that sort of work ethic? Those expressions are a delight over the course of the entire book. While there’s the occasional moment of frustration or disagreement, anger is rare, and for the most part the people in Watkins’ strips are upbeat and cheerful. Wullie perched on his upturned pail addressing the readers in the final panel is now part of Scottish folklore, yet Watkins never resorted to duplicating poses or to pasting in a copy.

More so than in later years the strips feature Dundonian dialect spelled phonetically, redolent of a time when no thought was ever given to wider marketing or test profiling. The strips appeared in Dundee publications for the people of Dundee and surrounding area, and were intended by writer R. D. Low to be exaggerated reflections of contemporary local life. That the good natured and broad humour found a national audience and the characters became Scottish icons was almost incidental. Although never intended as such, the commitment to reality-based comedy now provides an added layer of historical fascination. This was an era when cars were beyond the reach of the working classes, so Watkins provides wonderful character studies of the entire Broon family queueing at bus stops, and Wullie having to be exceptionally careful with eggs, still rationed after World War II (almost unbelievably until 1954). Most of the Broons still sleep in nightshirts, horse drawn transport still existed, and this is an era when a friendly stranger would invite Wullie into their house to dry his soaking feet without any consideration of devious intent.

There are differences in tone between the two strips, although common to both is situations being frequently contrived, but imaginatively so. A lot of the comedy in the Oor Wullie strips isn’t far removed from the slapstick of silent films, and often features Wullie conceiving then running through a variety of solutions to his problem of the week. A prime example from 1949 has Wullie going to collect onions for his mother (“ingins” in Dundonian), reading a Western adventure all the way without paying attention to the surroundings, so not noticing his own circumstances reflect what he’s reading. The Broons strips very often personify pride going before a fall, or rely on a misunderstanding, individual family members never beyond playing tricks on others or a sly avoidance of responsibility, the staunch Ma Broon being the only one above such behaviour. It enables their stories to be told over four tiers of panels rather than the five required for Wullie.

Had Watkins been an American cartoonist his work would now be canonised in complete chronological editions, analysed and praised in accompanying essays, perhaps with a celebrity or two providing a quote about how his work had been the accompaniment to their youth. In the UK this bargain priced hardcover edition and its fellows are the nearest we’re likely to get.