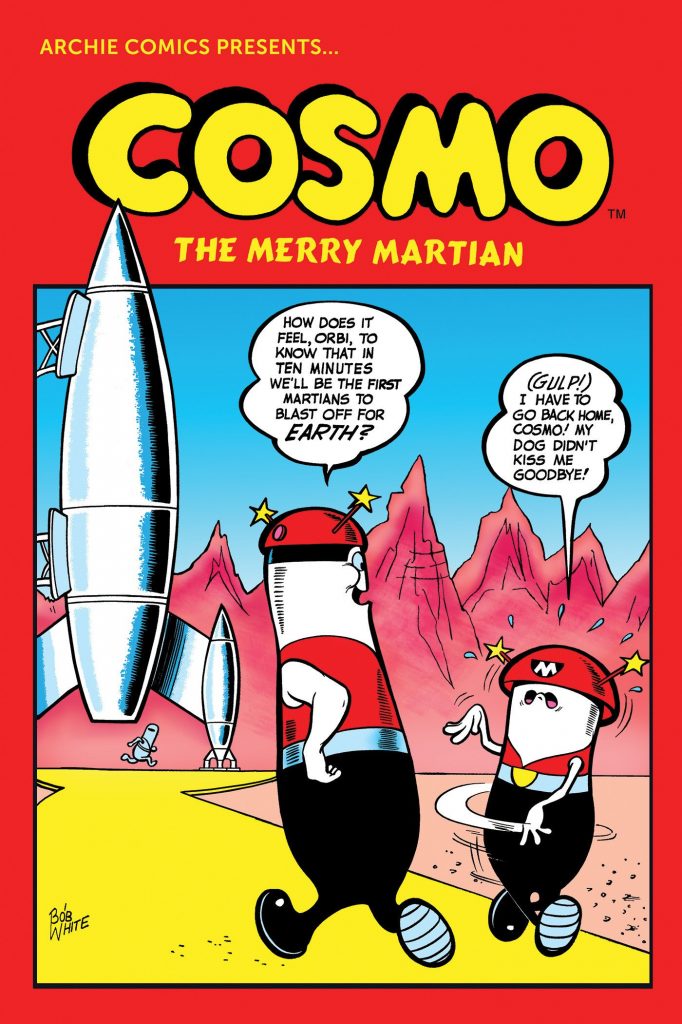 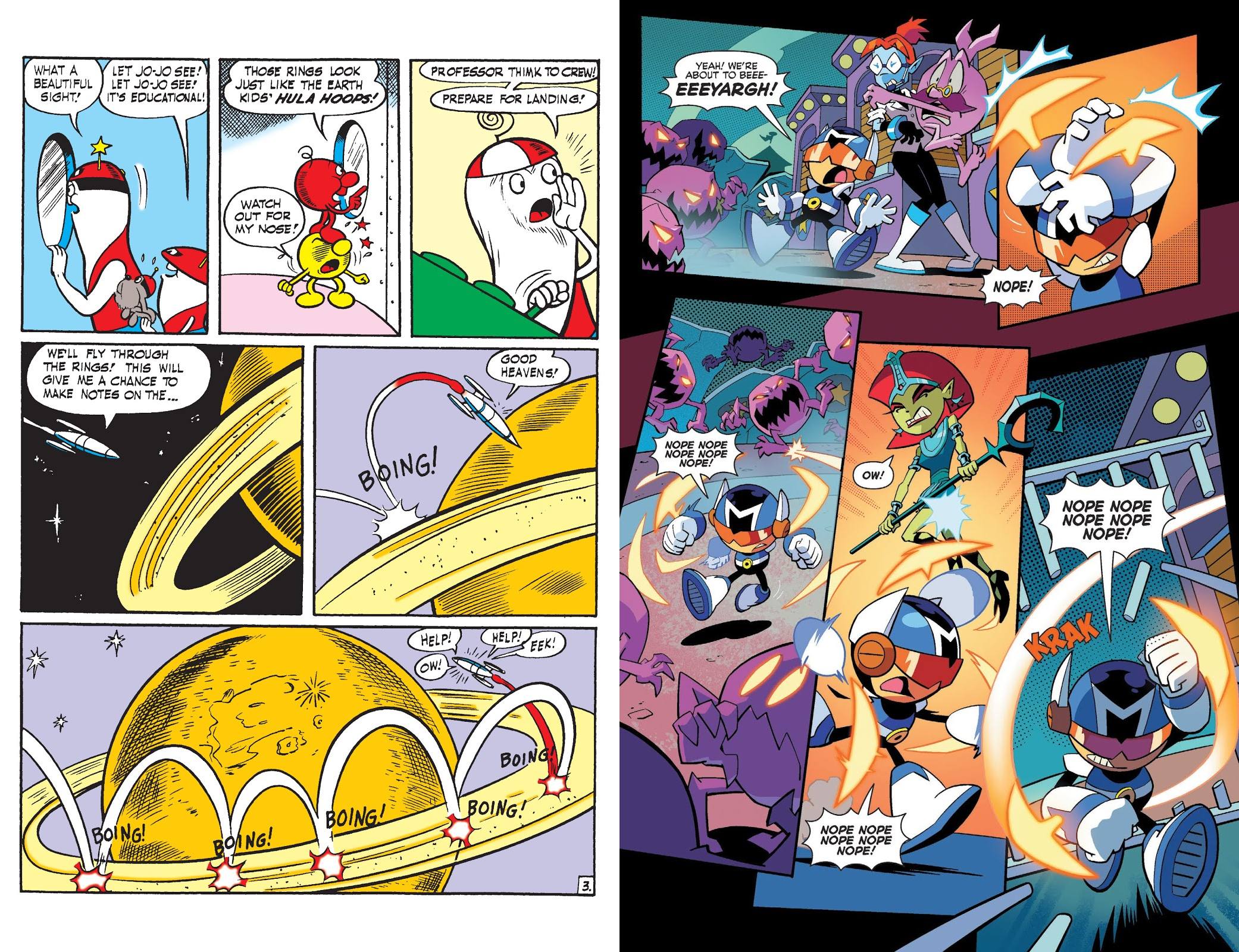 In 1958, the world was abuzz with science, science fiction and the accelerating space race, and the time seemed right for an amusing series about a bold but affable explorer from the Red Planet. The result was Cosmo the Merry Martian by Sy Reit, Bob White and Terry Szenics. It only ran for a year, but has proved years ahead of its time. The gently satirical comedy was revived in 2014, and has been with us ever since. This collection presents the entire original series along with examples of its modern counterpart.

We begin with ‘Destination Earth’ as all Mars watches spacer Cosmo and his extremely reluctant co-pilot Orbi blast off on the first flight to another planet. Ship designer Professor Thimk is anxious, and Cosmo’s girlfriend Astra is still trying to finagle her way onto the ship with the astronauts. They make it as far as Luna, or the Moon to us, where they have a series of comedy adventures with the locals, bizarre, fractious, and pun-obsessed, but scientifically advanced moon people called Oogs.

Reit ensures these short stories are fun and thrilling, and artist White has a keen eye for sight gags, a deft line in monster-design and a slick accessible style. The late 1950s material is packed with easily-relatable facts and astronomical data, and the saga is a splendid example of family-friendly entertainment.

There’s obviously a residual fondness that’s trickled down to present day creators at Archie Comics, and in 2014 Tom DeFalco and Fernando Ruiz included a more take-charge iteration of the jolly voyager as Archie and Jughead team up with past characters such as Captain Sprocket, Cat-Girl, Captain Pumpernik and Super Duck in a multiversal action romp to save creation from the reality-warping threat of the Miracle Mitten.

Since then Cosmo’s had two incarnations, the first as the star of a computer game played by Archie characters, Cosmo Go, then reinvented as a space cop and leader of a team of cosmic heroes when revived by Ian Flynn and Tracy Yardley. Sixty years after his original series, Cosmo was again promoted to the star of his own brief series, Flynn and Yardley bringing the kinetic energy they supplied to the Sonic the Hedgehog comic. He’s since been relaunched again as Cosmo, the Mighty Martian.

Packed with charm, elucidation and restrained action, the exploits of Cosmo offer a happy view of the Martian way that will delight fun-lovers and wonder-addicts everywhere.