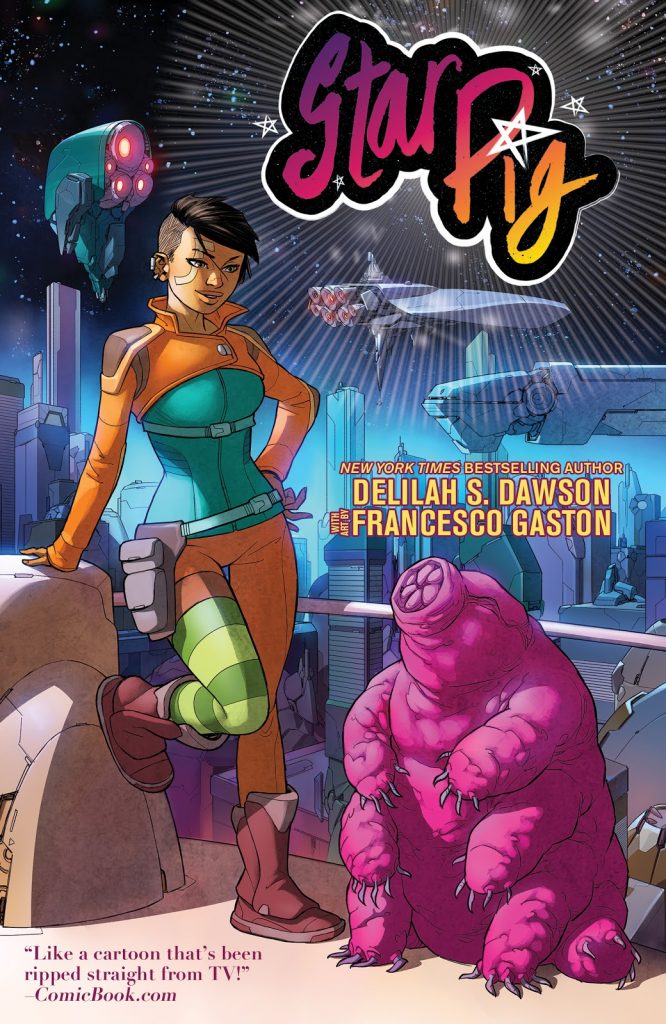 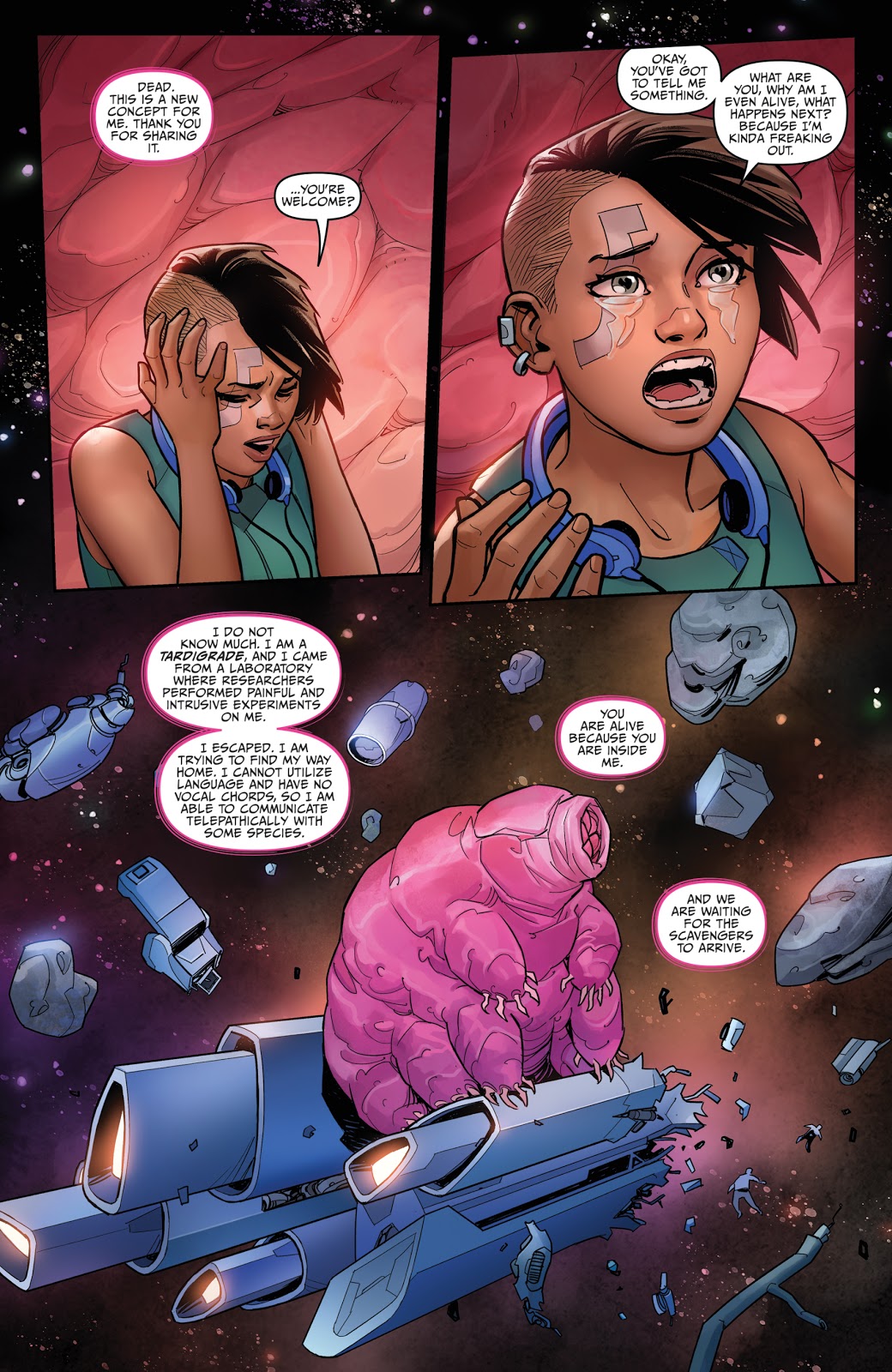 There can’t be many joyful space adventures that begin in utter tragedy, but that’s the path Delilah S. Dawson takes when the shuttle transporting Vess to space camp is obliterated by a meteor with everyone other than Vess dying. She survives because she’s been sucked into the stomach of a giant telepathic lifeform resembling a pig. No, the vaguely disgusting elements don’t stop there either, although thankfully they’re all drawn with some sensitivity by Francesco Gaston.

He brings that same sensitivity to the rest of the graphic novel, creating a likeable Vess, as we want to sympathise with the lead character, and applies some imagination to designing the beings the plot surrounds her with. No two of them the same apart from the puzzling doctor, who looks human in all respects. In one way Gaston’s task is made easier by alien culture being very much influenced by transmissions from Earth, so he’s able to create a mish-mash of stylish items from assorted eras, although the 20th century supplies the most detail.

Dawson’s version of Vess is thoughtful, presented as someone suppressing what she’s been through as a world of wonders is paraded before her eyes. How would any teenage girl feel at being the first to make contact with aliens? The contact is used to make the point that although human culture is appreciated, the casual way humanity treats their planet is a source of bewilderment in the wider universe. Theo the Tardigrade, the space pig of the title, is fascinating as well. It’s difficult to provide personality to a creature lacking defined facial features, but Dawson achieves this through dialogue and telepathy, presenting someone as lost in the universe as Vess is.

Star Pig is funny, captivating and instructive. Plenty of questions remain unanswered, not least whether everything Vess has been told is true, and the good natured fun cries out for a sequel.