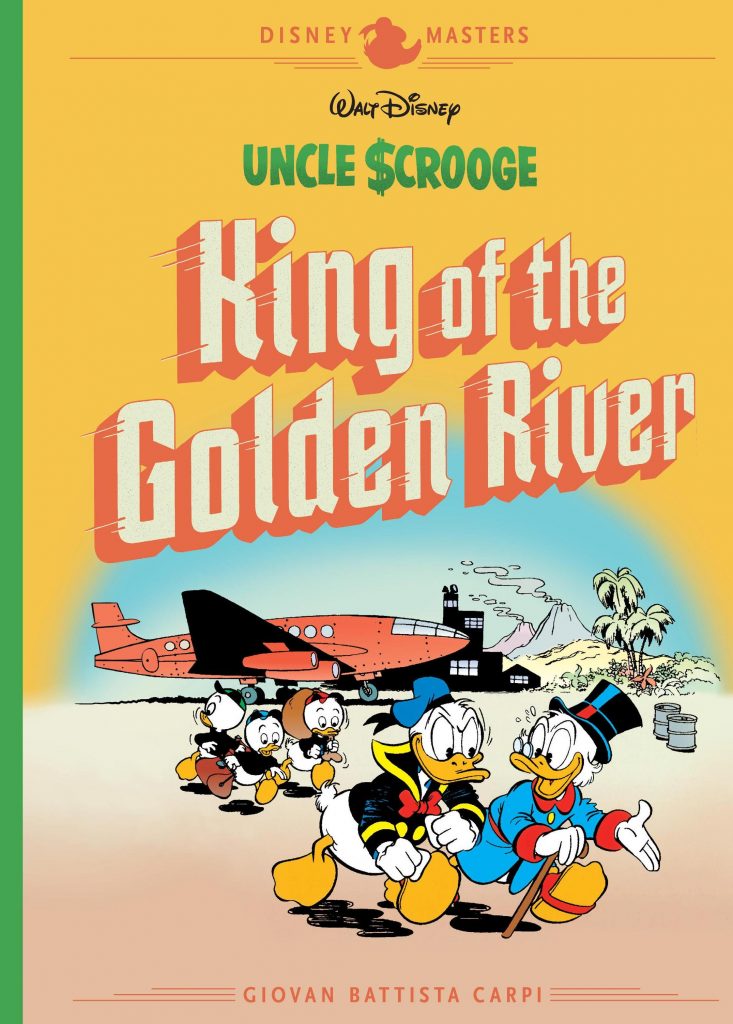 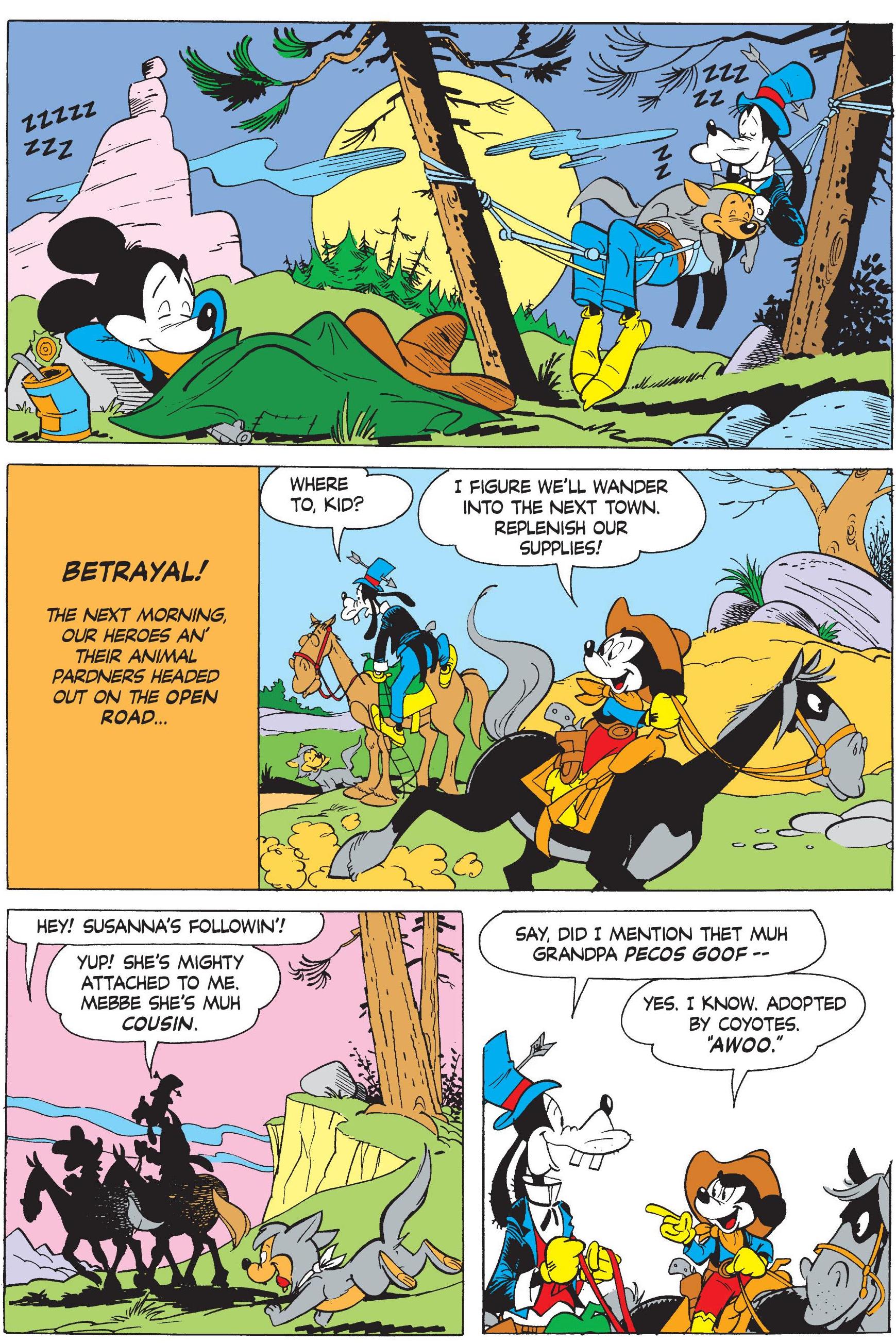 Giovan Battista Carpi is a highly regarded influence among the Disney creators in Italy working for weekly digest Topolino (Mickey Mouse). Among his list of accolades is contributing to an Italian tradition of adapting classic literature into Disney tales, affectionately dubbed the Grandi Parodie, with Guido Martina. These parodies inspired a number of European artists to pick up the pencil but Carpi also contributed a number of other ideas like Donald Duck’s vigilante alter ego Papernik (The Duck Avenger). Of course, you can discover this for yourself in the excellent essay on Carpi found at the back of this sixth Disney Masters collection.

It features three stories illustrated by Carpi in 1960, 1970 and 1974 respectively, providing a snapshot of his career, as Carpi was still producing his best work right until his death. His art has an essentialist style to it, influenced by his experience as a draughtsman. Carpi’s focus tends toward his cast which allows each character an exceptional expressiveness to their movements, but that didn’t mean he couldn’t produce wonderful scenery. The titular ‘King of the Golden River’ revolves around a duck ancestor Dondorado – cursed for his greed and unkindness – whose spirit is released from an heirloom when Huey, Dewey and Louie experiment with their chemistry kit.  To break the curse they need to find his treasure. When Uncle Scrooge and Donald hear about it the scheming and double-crossing begins, but only those with kind and selfless hearts can find the treasure and break the curse. The first of two stories by written by Guido Martina, it begins and ends in ways defying expectation, though every plot piece falls neatly into place. Martina loves ridiculous scenarios, letting his imagination run with an air of playfulness that Carpi renders wonderfully.

Carpi was fascinated with historical fashion, a huge asset when illustrating the parodies. You can see just how good he was in ‘Mickey the Kid and Six-Shot Goofy’ (featured art). Both Carpi and Martina loved setting Disney characters in different time periods, placing Mickey and Goofy as cowboys who team-up to track down the villainous outlaw Blackjack Mack and his gang, briefly featuring Scrooge McDuck. Martina provides an enjoyable plot, and there is splendid cartooning from maestro Carpi with stunning silhouettes and enjoyable scenes. It’s a story that is pure fun and would become a popular signature series for Carpi who would work with the characters many times. Scrooge features again in ‘Me,Myself-and Why?’ this time written by Rodolfo Cimino. It’s tax season and while it doesn’t really affect him that much, Uncle Scrooge hates to part with a dime. He thinks up some new identities to avoid taxes with, but if you pretend to be someone else too much you might forget yourself. It‘s a well used scenario with a tight plot that Cimino makes feel fresh and unique.

Carpi is less well known among Anglo Disney readers but in Italy he is venerated among generations of fans for his work on other Italian titles as well as Topolino. The three stories collected here are very good and Carpi’s dedication to honing his craft is notable. If this volume does anything it’s to pique an interest in discovering more of Carpi’s work, especially on the Great Parodies, very few of which are available in English.

The seventh Disney Masters volume looks at the further contributions of Paul Murry and Carl Fallberg in Mickey Mouse: The Pirates of Tabasco Bay.