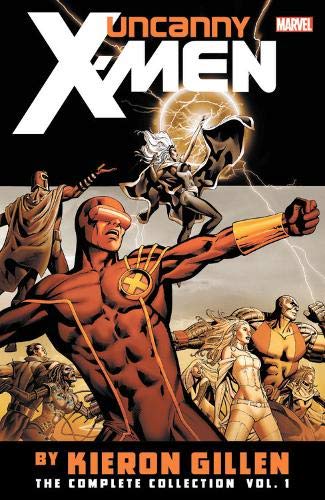 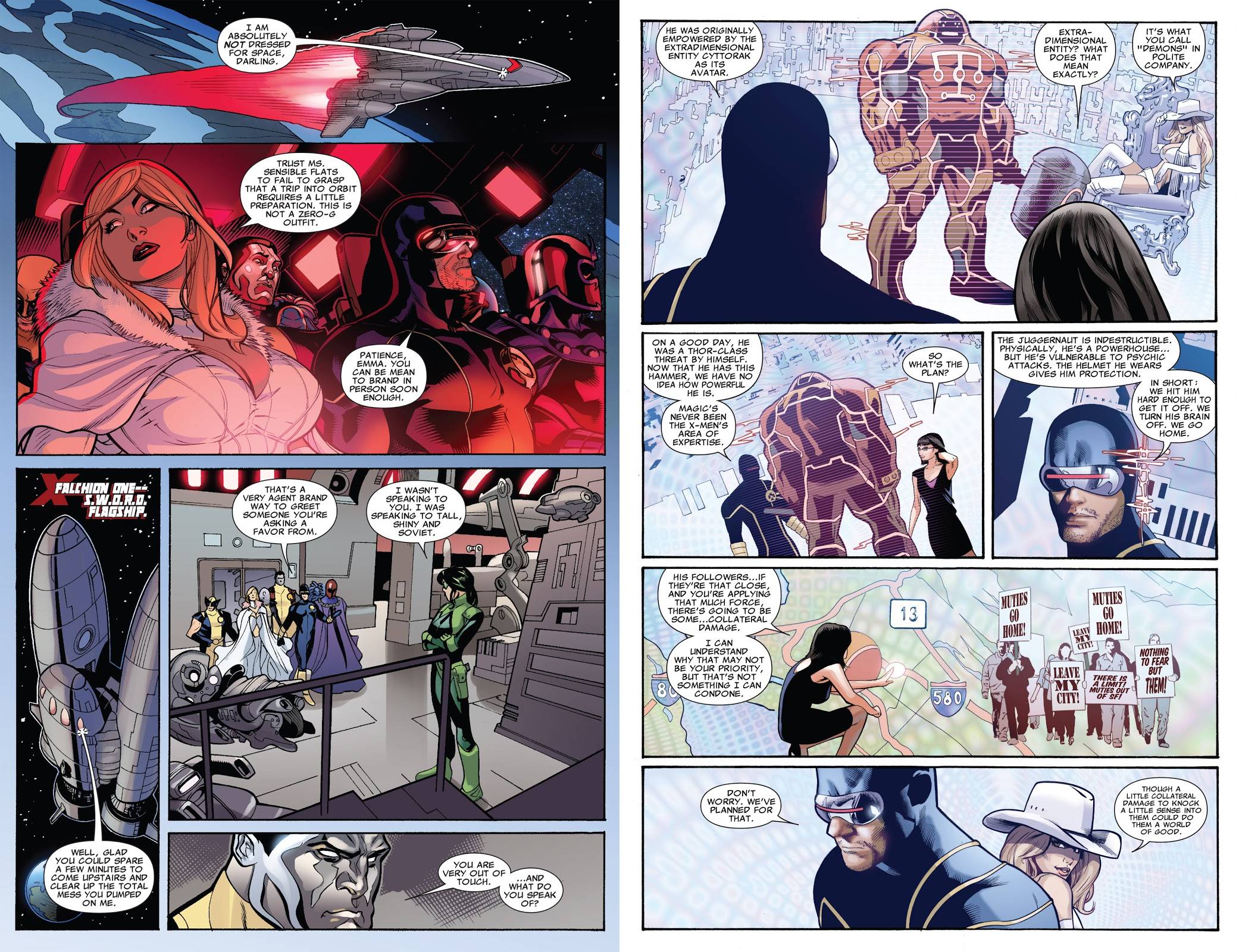 If Marvel are going to charge $40 for a bulkier repackaging of material already published as individual comics and as a series of graphic novels, should they have the good grace to commission original cover art? Other than inventing a few new muscles for Cyclops, there’s nothing wrong with Carlos Pacheco’s cover, but it’s already been used twice. Moving on…

Kieron Gillen is the creator mentioned on the cover, and his X-Men run is broadly interesting, if constantly compromised by having to accommodate crossovers. The effects of Fear Itself and Schism are felt here, while Avengers vs. X-Men dominates Vol. 2. It’s credit to Gillen’s professionalism that he usually finds a way to make the broad plots imposed on him interesting, and strangely, left to his own devices at the end of this collection produces the weakest story as Mister Sinister outstays his welcome.

Where Marvel are considerate is by beginning the collection with Gillen and Steven Sanders’ S.W.O.R.D.: No Time to Breathe, much lighter in tone than the remaining content, resembling a demented Doctor Who adventure, and the relevance not readily apparent until the next collection. It’s fun, even if the Beast is the only X-Man present. It sets up Abigail Brand and Unit for later use, the latter intriguing as a nearly infinitely powerful and intelligent being, yet also manipulative and self-serving.

‘Regenesis’ isn’t included in the thinner X-Men collections compiled here (Breaking Point, Fear Itself and Uncanny X-Men Vol. 1), but plays to Gillen’s strengths by being primarily character based. That noted, it’s for those who know their X-Men as it concerns decisions made as to whether assorted people will choose to accompany Cyclops or Wolverine when a fundamental disagreement causes a rift. Many of them don’t appear again in these pages, and Billy Tan’s art has strange, thin figures. The sample spread combines work from Terry Dodson and Greg Land the best artists here, and contributors of the most pages. Pacheco would generally be ranked in that company, but requires a lot of help on his chapters, hence all the other artists credited.

One of the X-Men receives a power upgrade, and another is restored to peak fighting fitness, but otherwise Gillen takes the cast as given and applies his gift for defining a person in a few lines of dialogue. “No, I think it’s highly unlikely I’ll smile for the camera”, says Magneto, or “Got a scent. Follow me. Try to keep up” from Wolverine, both from Gillen’s first X-Men story. He captures Emma Frost, Namor, Colossus and Kitty Pryde very nicely, although his Cyclops seems by the numbers, dull being his default setting, and told so by Iceman at the end. Gillen’s also good at blindsiding when it comes to the prevailing mood, Dodson’s story shifting on a couple of occasions as Gillen constructs an alien culture with values very much opposed to the best of human ideals. What makes much of this material so good is that you can’t really imagine another writer grappling with the problem of making Magneto presentable to the public, or going to the trouble of conceiving so many failing plans for stopping the Juggernaut. Gillen’s is a conceptual mind, and even when not at his best there’s always something interesting going on. 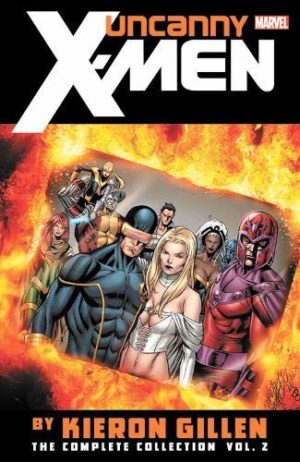 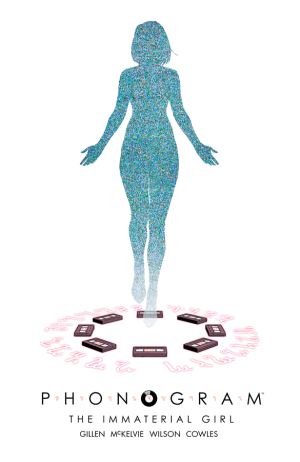