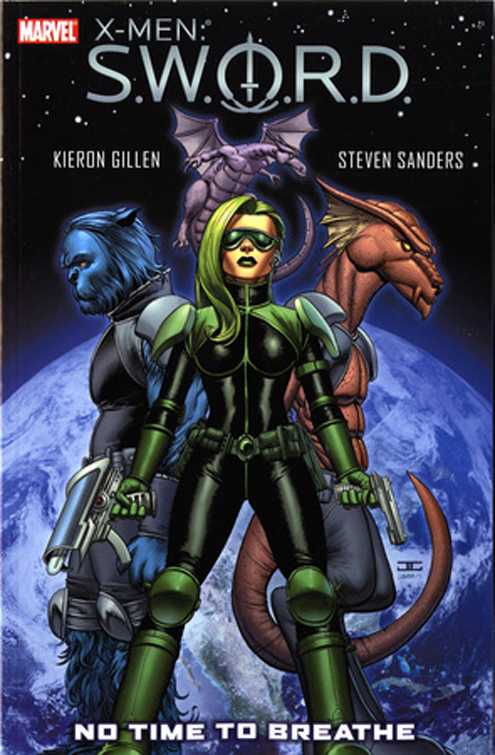 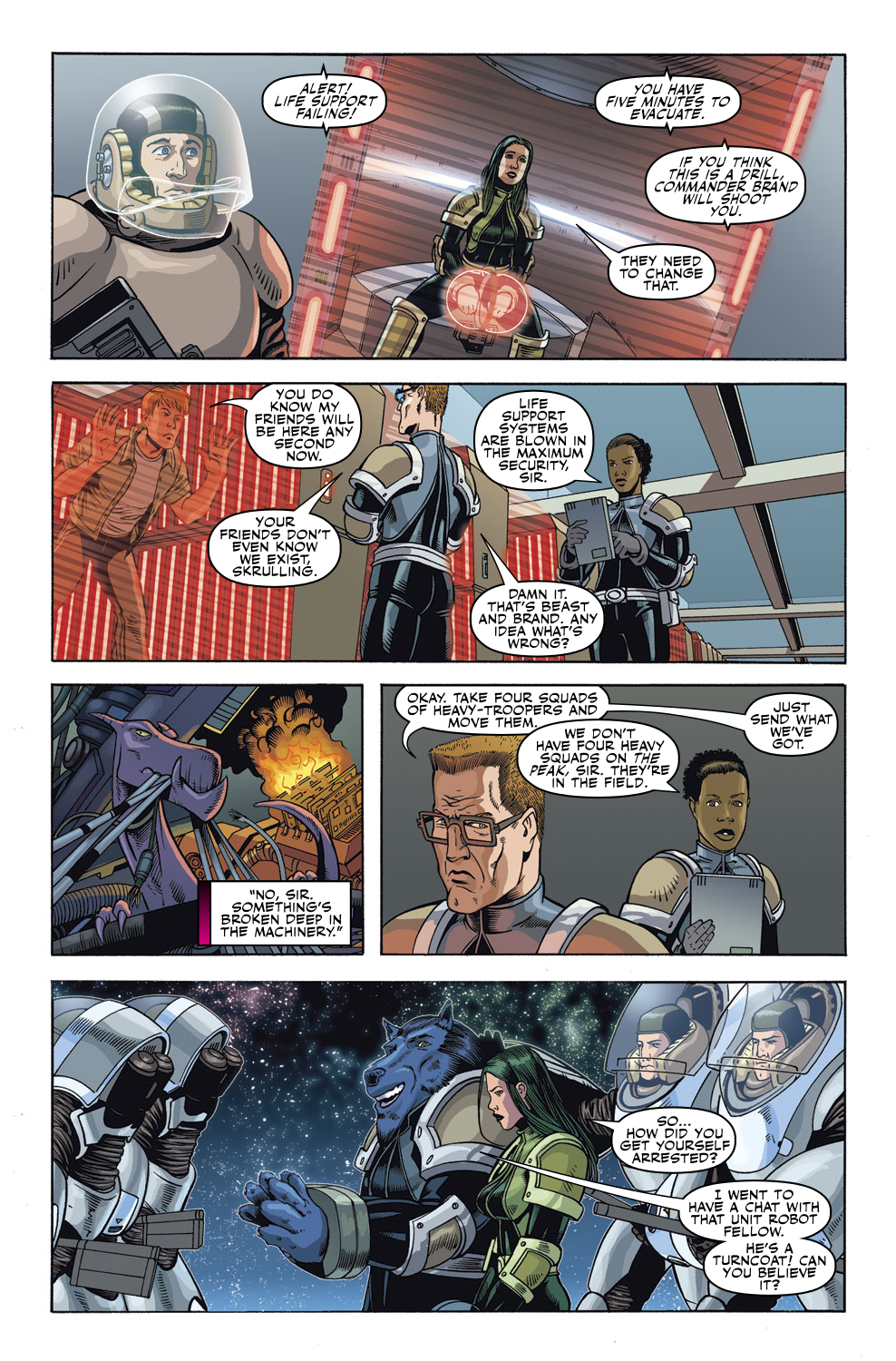 Although the Beast is the only X-Man featured, Kieron Gillen’s X-Men run begins here. It’s an under-rated run, squashed between Matt Fraction and Brian Michael Bendis staying longer, and crucially not having to tie half their stories in to Avengers vs. X-Men.

For those not familiar with the Sentient World Observation and Response Department, dating from Josh Whedon’s time writing X-Men, the nearest analogue would be S.H.I.E.L.D. were they based in space, charged with protecting Earth from extraterrestrial threats. Gillen’s opening chapter is a sitcom style run through of what Commander Abigail Brand routinely deals with on a daily basis, with the additional irritation of a new co-Commander. That’s long time Marvel slimy bureaucrat Henry Gyrich, who has his own agenda. When reporting to superiors on Earth he misrepresents her juggling three crises and unable to attend the meeting, noting the absence as “far more than anything she could say if she were actually here”.

While Gillen maintains a light tone all the way through an intelligent plot, after that first chapter he breaks out the analogies. Gyrich’s plan is to expel all aliens from Earth, his usual tunnel vision unable to see beyond his simplistic solution to the possible consequences. Will Brand and the Beast be able to stop him before those consequences manifest?

Given a range of options for the Beast’s appearance, Steven Sanders has selected an almost horse like head, which is a stamp of individuality, but not one greatly resembling previous iterations. Like so many of his people, it’s awkward. However, when asked to draw a giant alien robot, a space battle or any other form of alien his imagination springs into life. Sanders would work well on Star Wars.

In addition to the S.W.O.R.D. crew Gillen plays briefly with Norman Osborn, and resurrects bounty hunting robot Death’s Head, who’s put to very good use, as is a neat manipulative genius Unit, who’ll have a meaty role in Gillen’s Uncanny X-Men. No Time to Breathe is fun all the way through to a predictably uplifting ending, with plenty of twists getting there. Honestly, it’s a forgotten gem.

No Time to Breathe becomes more closely associated with X-Men continuity when it’s combined with Gillen’s full-on X-Men writing in the first volume of Uncanny X-Men by Keiron Gillen. 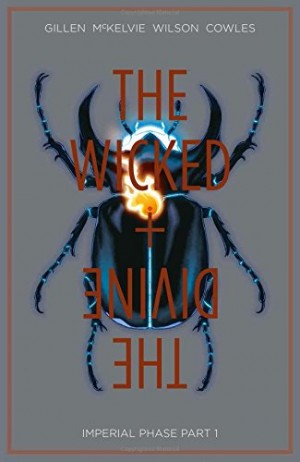