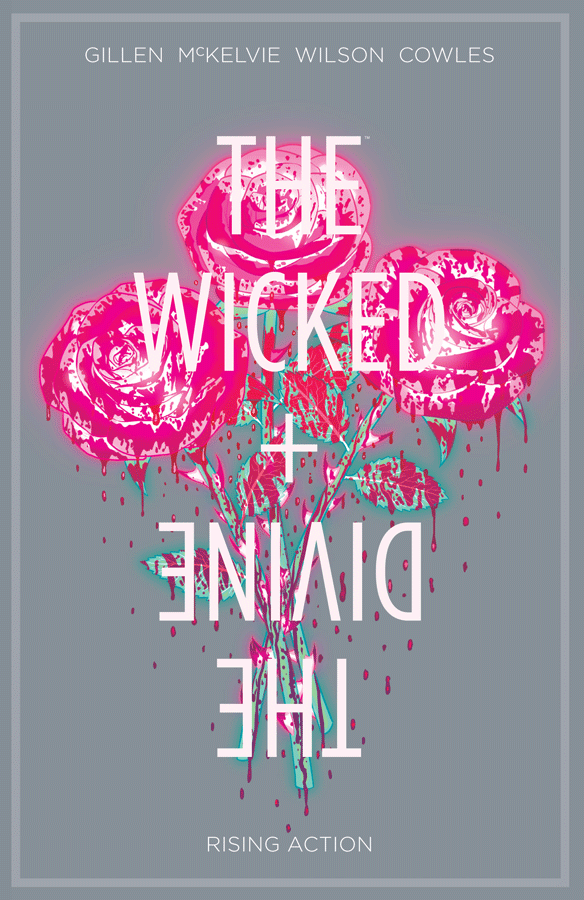 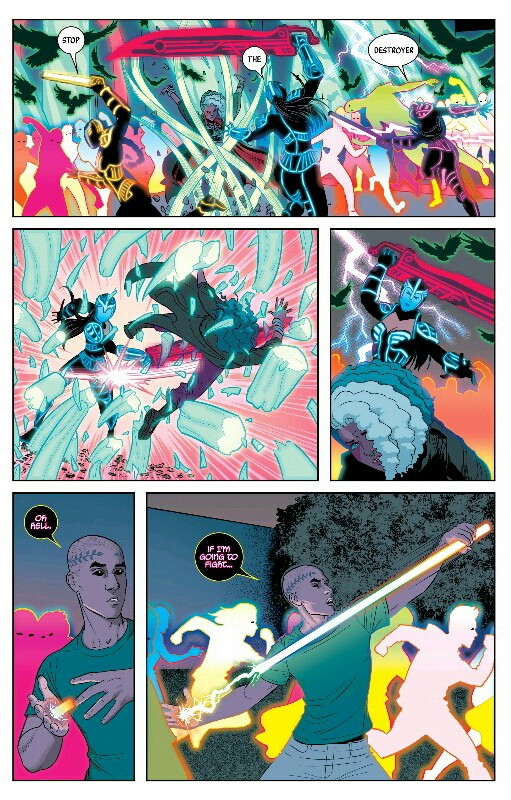 Volume 4 of The Wicked + The Divine continues the high standards of Kieron Gillen and Jamie McKelvie’s pop-rock fantasy series. McKelvie returns from his sabbatical while he concentrated on the final volume of Phonogram, and between them they work on the most action-packed volume of the series so far, a volume which they themselves admit has strong echoes of their past work on Young Avengers. A character thought dead turns out not to be dead after all, and we find out why they’re not dead. The motivations of Ananke are revealed. Hints are dropped concerning what actually lies behind the Recurrence, hints which will undoubtedly be explored in future volumes. It all ends in what is, basically, a good, old-fashioned superhero fight, as different gods line up against each other. McKelvie clearly has great fun drawing this.

After four volumes, it’s hard to find much new to say about The Wicked + The Divine – superlatives are starting to expire. Gillen and McKelvie maintain a high standard, and it’s fair to say that McKelvie’s return lifts Gillen back up to the level of the first two volumes, after the slight coasting of Commercial Suicide. Gillen’s writing zings off the page; McKelvie’s art continues to look splendid. As ever, Matthew Wilson on colours and Clayton Cowles on letters enhance the experience considerably. If this isn’t quite as good as the very best of volumes 1 and 2, it’s only because the straightforward action-based nature of the story doesn’t leave as much room as previously for subtleties. And it’s necessary to remember how very high the standards set previously are. If you like The Wicked + The Divine, then you’ll love this, and in any case, it is an essential purchase, since the story remains a continuous one.

This collection is rounded out by various alternative covers, some of which are particularly memorable (David Aja’s stands out), and some script pages and early stages of the creation of the artwork that give an extremely useful input into Gillen and McKelvie’s creative process.