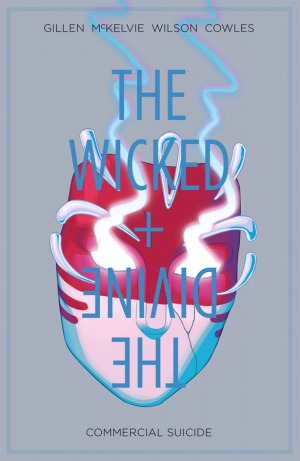 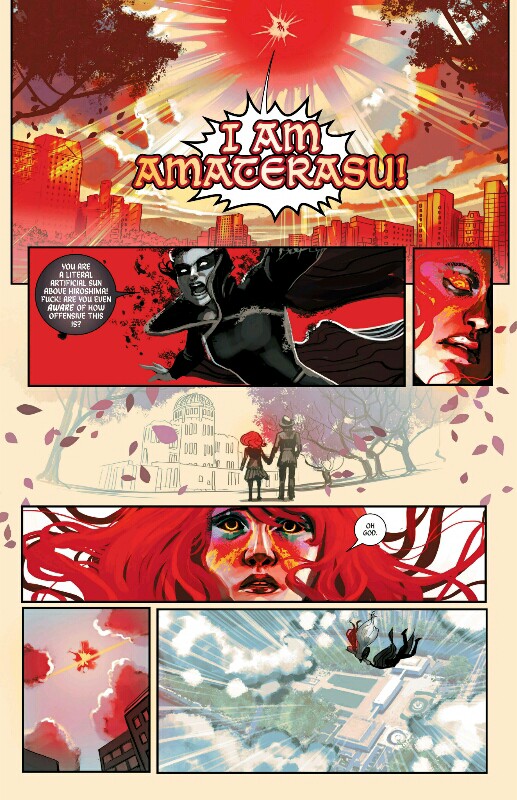 In the middle of 2015, Jamie McKelvie took a six month break from The Wicked + The Divine, his and Kieron Gillen’s tale of young gods in modern London, in order to draw the long-promised (and superb) third volume of Phonogram, The Immaterial Girl. So Commercial Suicide employs a variety of guest artists, though McKelvie continues to draw the main covers, and a few short strips collected at the end. There’s also one chapter compiling images McKelvie had already drawn, in such a way as to look almost as if it is just a standard tale.

Inevitably, McKelvie is missed, since he is such an important part of the Wicked + The Divine experience. This isn’t to discredit the artists who cover for him, most of whom, it is worth noting, are women. It’s interesting to see how other eyes interpret the world of WickDiv, and all do well. None can be singled out as better than the others – all are worth looking at, whether it be the moody painted work of Stephanie Hans, or the small press stylings of Brandon Graham. And the remix of McKelvie’s past work is a technically impressive achievement.

The story begins with a chapter that deals with the fall-out from the end of Fandemonium, and subsequent chapters each focus on an individual member of the Pantheon. Deprived of the point-of-view character from the previous two volumes, the reader shifts into a more omniscient narrative, one which skips across time and space. There’s a lot of back story here, and this and the guest artists give something of an impression that WickDiv is marking time – though that’s somewhat unfair, as there are some important revelations, especially in the Woden-centred McKelvie remix episode.

In any case, WickDiv coasting is still significantly better than a lot of comics that you might read. Gillen’s command of his characters remains complete, and if things are just bubbling under here, there’s a definite feeling that something explosive is building for volume 4. Furthemore, the nature of the overall story is such that WickDiv readers can’t pass over this collection. Similarly, if you’re new to The Wicked + The Divine, this is not the place to start – begin with The Faust Act. 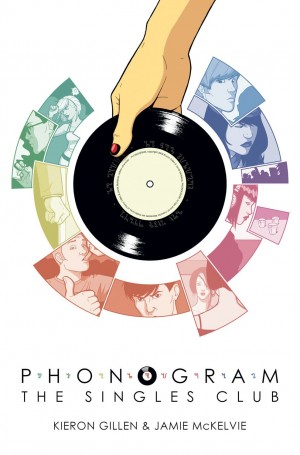 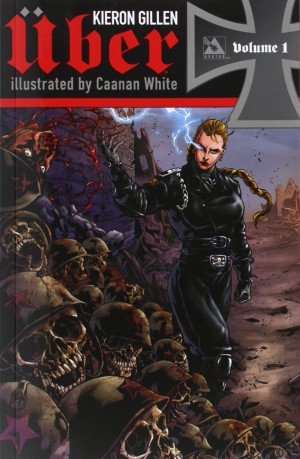