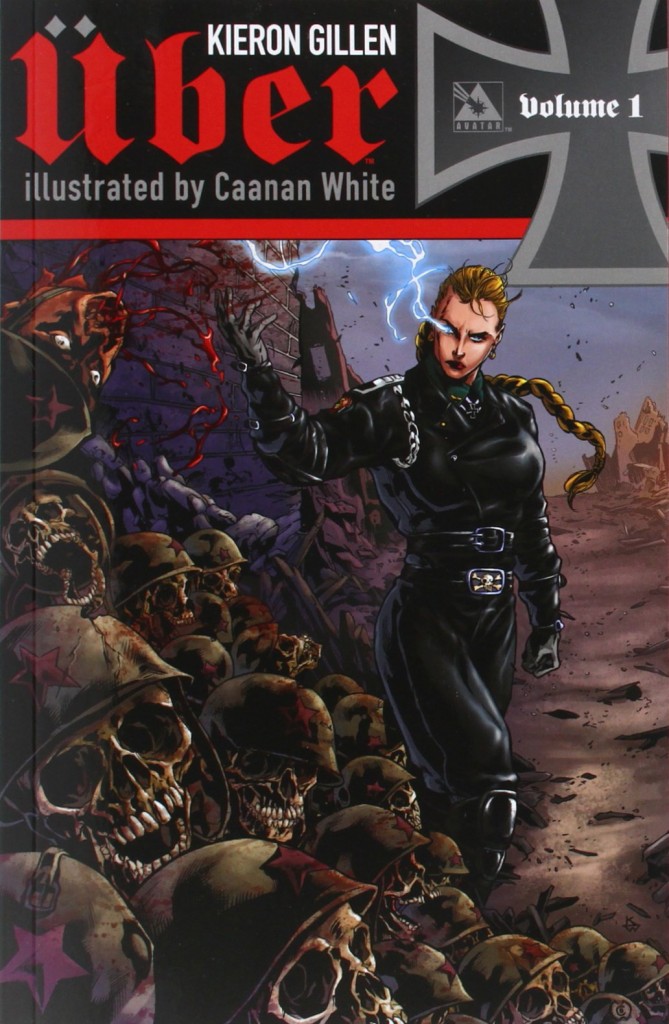 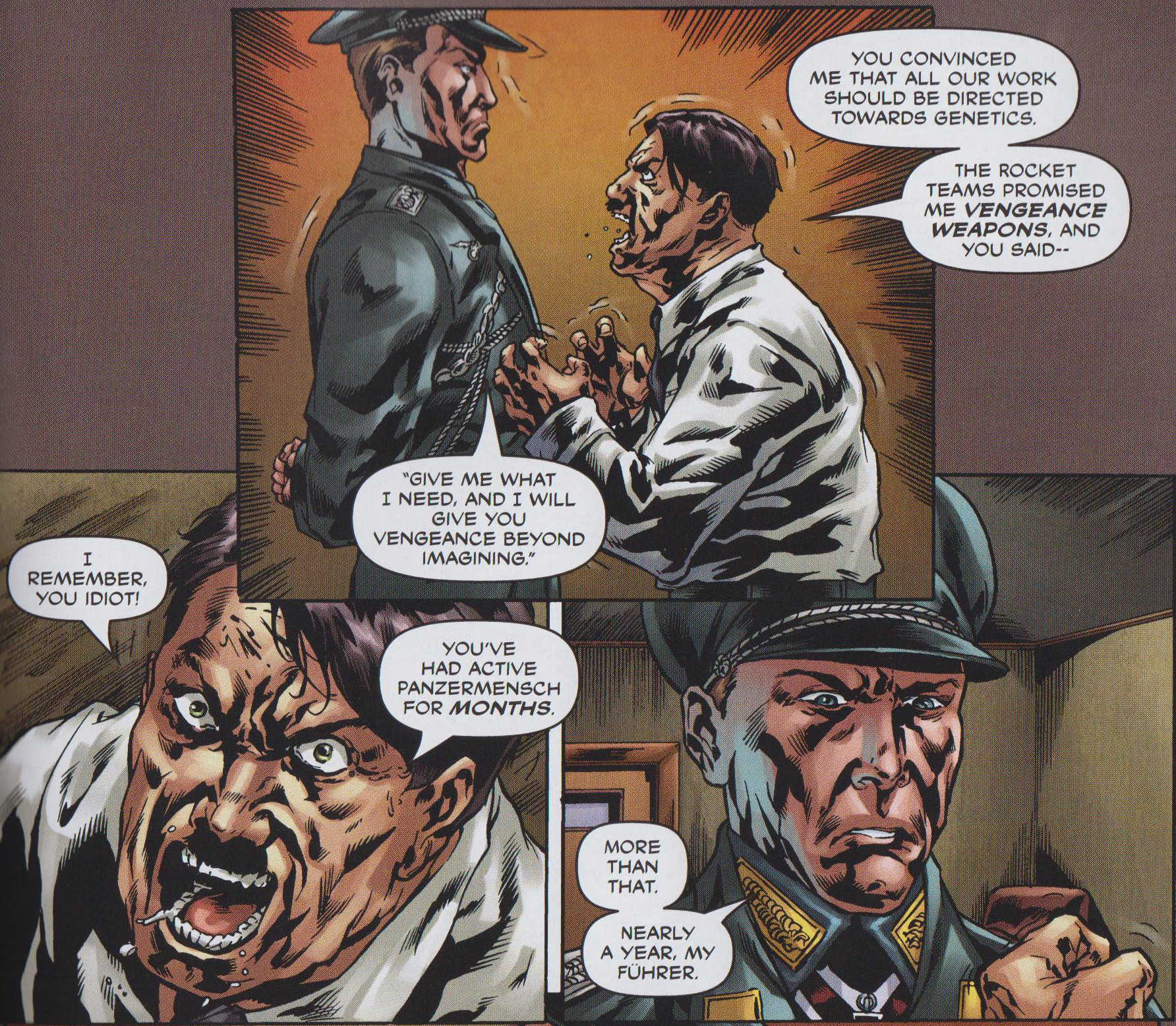 Being British, writer Kieron Gillen probably grew up reading war comics like Battle and strips like Zenith and thus has our peculiarly manic and trenchant viewpoint – engendered by the works of Pat Mills, John Wagner, Gerry Finley-Day and others – to augment his own uniquely dark and sardonic imagination.

Applying the implausible metahuman trappings of American superhero comics to the bleak, gritty, apocalyptically human scaled drama of “the Last Good War” he has concocted a vicious, nasty and utterly enthralling sci-fi-tinged epic of astounding scope and power. Illustrated with stark, gory verve by Canaan White and Keith Williams, Über volume 1 posits a much debated “What If…?” as Germany’s Götterdämmerung is averted at the very last moment by a very nasty miracle.

Blending scrupulous historical research with a canny take on human nature, the story begins with the triumphant Russians barbarously overrunning Berlin on the night of April 24th 1945. Simultaneously arch-patriot General Sankt delivers at long last a handful of incomprehensible human weapons to General Heinz Guderian, just as that demoralised, defeated Reichsmann readies himself for the end.

Five days later in a secret base near the Swiss border, a trusted scientist for Projekt U murders her colleagues, sabotages the outpost and dashes towards the advancing American forces, carrying an incredible secret. With Hitler putting a gun into his mouth word comes of an impossible turnaround. The human “Battleships” Seigmund, Siegfried and Seiglinde, supplemented by lesser supermen and wonder women, have repulsed the despised subhuman Soviets. In response Winston Churchill must fast-track the Allies’ own Human Tank project.

Woden’s Blood only upgrades 1 in every 5000 humans, and needs repeated, gradual applications, but even so the harried Allies still find enough volunteers to get the ball rolling, and as weeks pass they slowly become a plausible answer to the German superhuman project.

Gillen introduces alternate versions of many familiar names (if not always faces) during this brutal and visually shocking doom-drenched drama. It crackles with tension, drips with mystery and comes with a chilling 20+ page gallery of covers, variants and ancillary artwork, to appeal to lovers of fantasy fiction and unreal war stories alike. There are enough of them to ensure two further volumes to date.