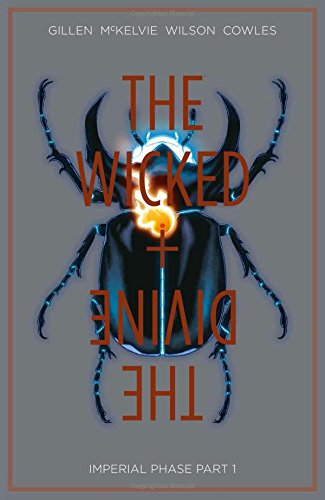 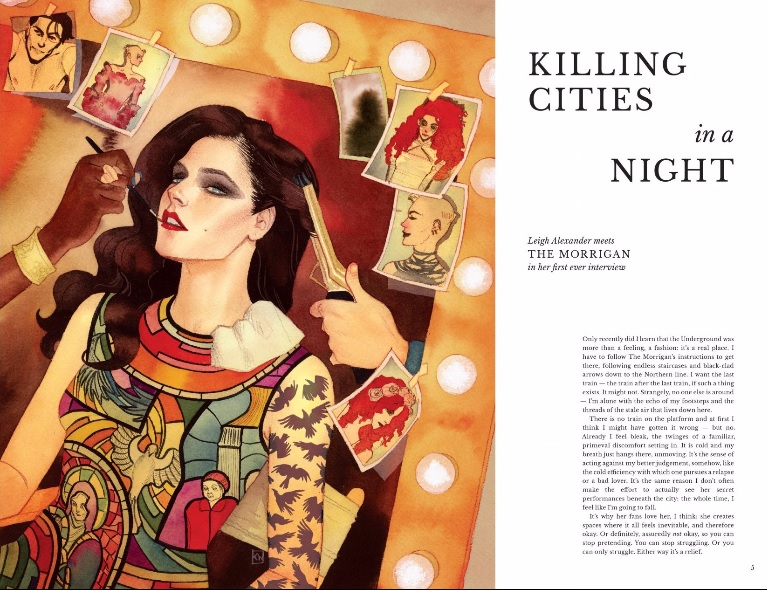 With this, the fifth volume of Kieron Gillen and Jamie McKelvie’s fantasy of gods reincarnated in modern London, one is really reaching the point where reviewing individual volumes of The Wicked + The Divine is pointless, akin to reviewing individual chapters of a book. This is not even the whole of a plot arc, just the first half of it. If you already love Wicked + The Divine, then this volume is essential. If you haven’t experienced it yet, don’t start here – it may be incomprehensible, despite nods towards easing new readers in. Go to The Faust Act first, and get yourself hooked.

Imperial Phase Part One collects comics originally published in 2016 and 2017. It begins with a clever story, in which our young gods are interviewed by various real journalists, laid out as if it is an issue of a glossy fan magazine for the Pantheon (see sample image). After that, the story follows our central characters dealing with the ramifications of the end of Rising Action, and not doing so very well. The sexual hedonism implicit in early episodes, but which had fallen by the wayside in amongst the fighting of Rising Action, returns in full force. At the same time, it is made clear that there is an existential threat from forces of darkness that needs fighting, and more about the whole situation of the Pantheon that needs properly investigating. Unfortunately, tensions within the group threaten to bring the world down around their ears, and the volume ends with a shocking act of violence, so be warned.

Arguably, there are moments here that are quite slow, as Gillen has arrived at a point where he needs to explain a lot more of the back story, but he’s quite skilled at doing this without boring the reader. Meanwhile, McKelvie’s art work, enhanced by Matthew Wilson’s colours and Clayton Cowles’ letters, remains gorgeous. This could be seen as another coasting volume for The Wicked + The Divine, feeling a bit slight in comparison with other parts of the narrative, but again, Gillen and McKelvie’s coasting is far more entertaining than a lot of creators at their best.