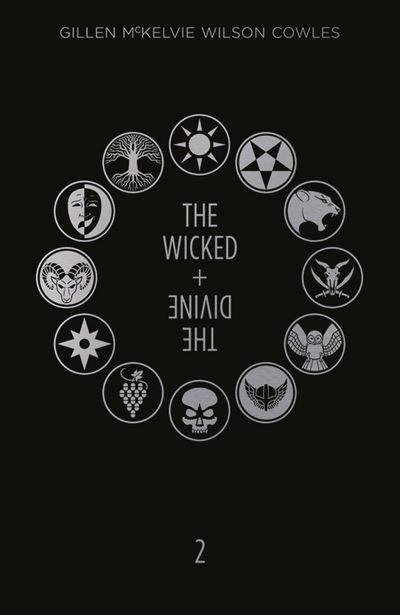 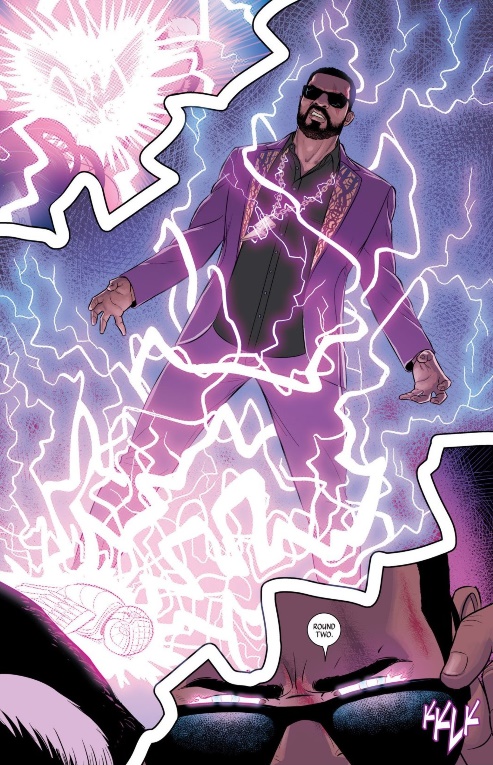 This second hardcover over-sized Deluxe Edition volume of Kieron Gillen and Jamie McKelvie’s superb fantasy/superhero story brings together the second year of the comic, originally published in 2015 and 2016. These have previously been collected in Commercial Suicide and Rising Action, and the story, of course, continues from Volume 1.

Very little of McKelvie’s work besides covers is featured over the first half of this volume as he took a six month sabbatical to draw Phonogram: The Immaterial Girl. In his place are a series of guest artists, in a collection of stories that fill in the background of various members of the Pantheon, the young gods reincarnated and living as pop stars. One certainly can’t say that these are bad at all, and the extra background, including the appearance at last of the elusive Tara, is useful, and clearly will be important. But the different artists inevitably change the tone of the comic, and there is a certain feeling that Gillen has his foot off the accelerator a bit while this sequence is worked through.

The same cannot be said of the second half, the Rising Action storyline. McKelvie returns, and he and Gillen go all out for the most action-packed sequence of the series so far, with big superhero-style fights that spin out over more than one chapter. Not for the last time, things the reader thought they knew about what was going on turn out not to be true, and there’s a final climactic event that shakes up the whole series. McKelvie’s art (with Matthew Wilson’s colours and Clayton Cowles’ letters) is as good as ever, and the prestige format provides an extra gloss.

As volume 1 was, the book is completed with all the bonus material from the two trade paperbacks (variant covers, and insights into the creative process), plus Gillen’s ‘Writer’s Notes’. Highly recommended for anyone who doesn’t have this material already.