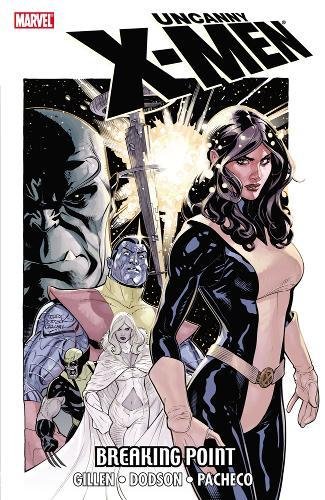 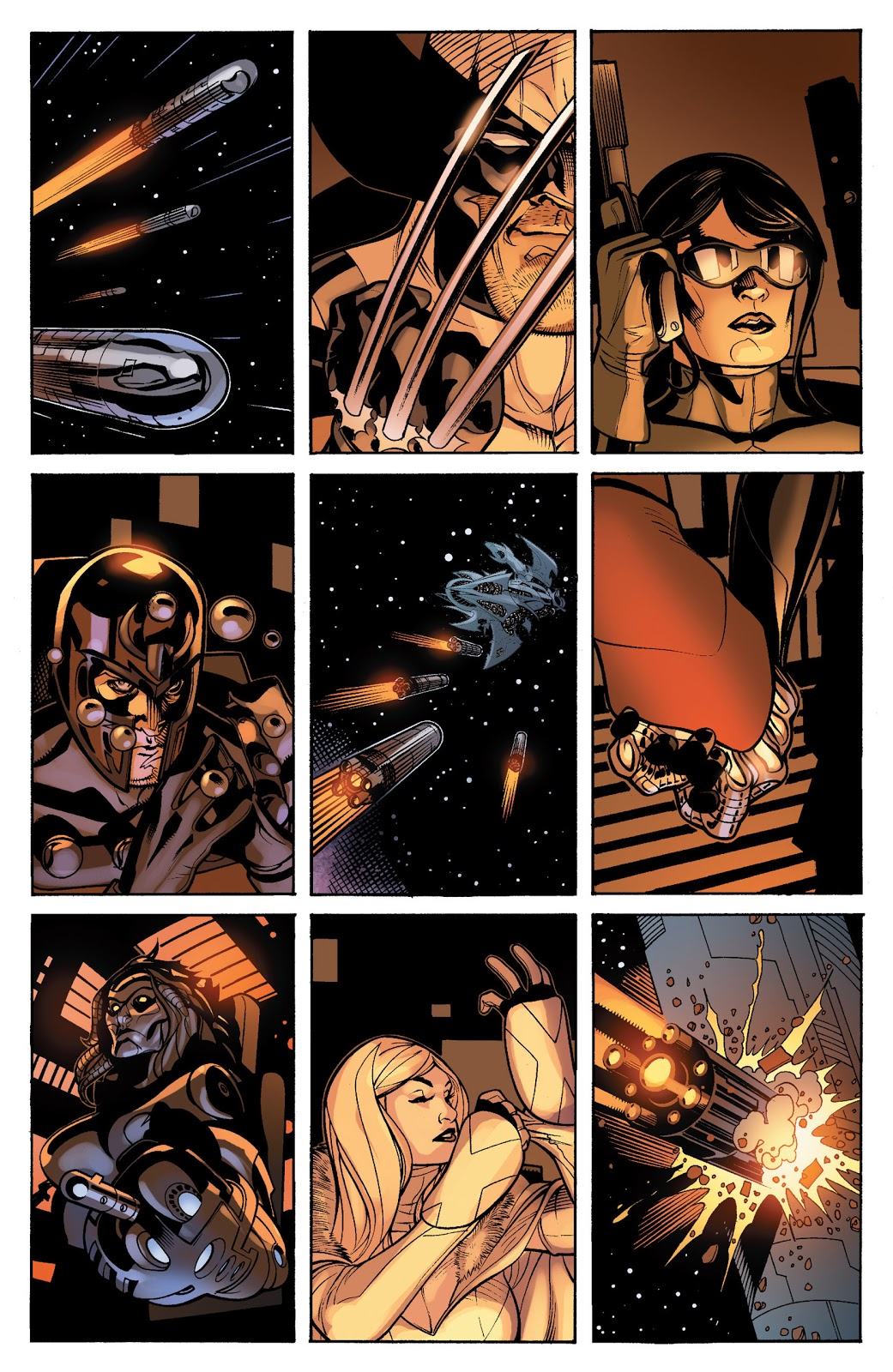 Kieron Gillen inherited surely the most arrogant team of X-Men ever, featuring the combined egos of Emma Frost, Magneto, and Namor as core members, with Wolverine’s stubborn loner status and the occasional Doctor Nemesis offering even greater incompatibility. When in his first chapter he manages to slip in the ridiculous conceit of “only Namor has the power to make the Earth move, and he reserves that privilege for one woman at a time”, and to pass it off as straight, it suggests Gillen already has more than a notion of how the cast behave. That he begins by exploring the notion of how the world might respond to what they know as the terrorist Magneto being among the X-Men is a neat indication of Gillen considering the X-Men’s relationship with, and responsibility to the wider world.

Actually, it’s the wider universe, as occupying most of this book is an exploration of the surviving members of an alien race that attacked Earth being given sanctuary by the X-Men. Gillen explores their abiding belief that only power is right, and any caring emotion is weakness, that being another form of arrogance.

Terry Dodson is the primary artist, and paradoxically Emma Frost being sidelined for much of the book brings home what a good artist he is. All too often on other projects the allure of Dodson’s art is his presentation or objectification of women (pick the description you feel fits), but Kitty Pryde isn’t generally a sexualised character and is the primary woman featured. Dodson’s natural instinct for choreographing his pages shines through, and he keeps his backgrounds simple while elegantly fit for purpose in emphasising the foreground figures. Carlos Pacheco’s work in establishing a gravitas for Magneto in the opening chapter is further well considered definition of personality.

What begins with arrogance ends surprisingly with compassion and tragedy, and neatly works in a couple of foreshadowed aspects in the final pages. The villain of the piece is little known, possibly preventing this story from being recognised as being as good as it is, but it’s shame Gillen had to accommodate so many crossovers during his run when this was an indication of what he could do left to his own devices. Fear Itself follows, and both are also found in the bulkier Uncanny X-Men by Kieron Gillen collection.