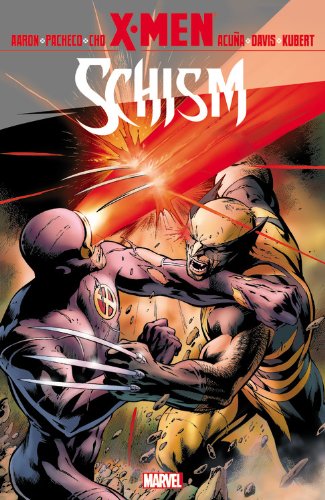 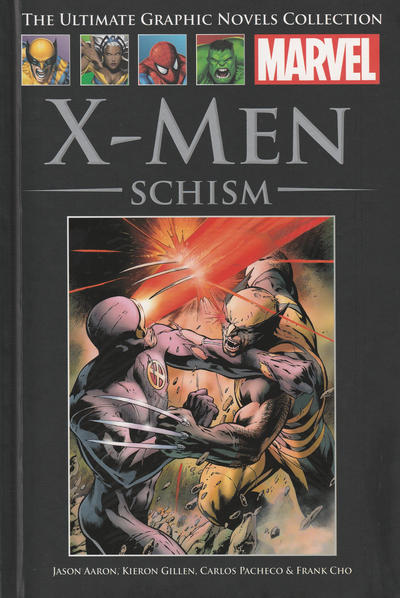 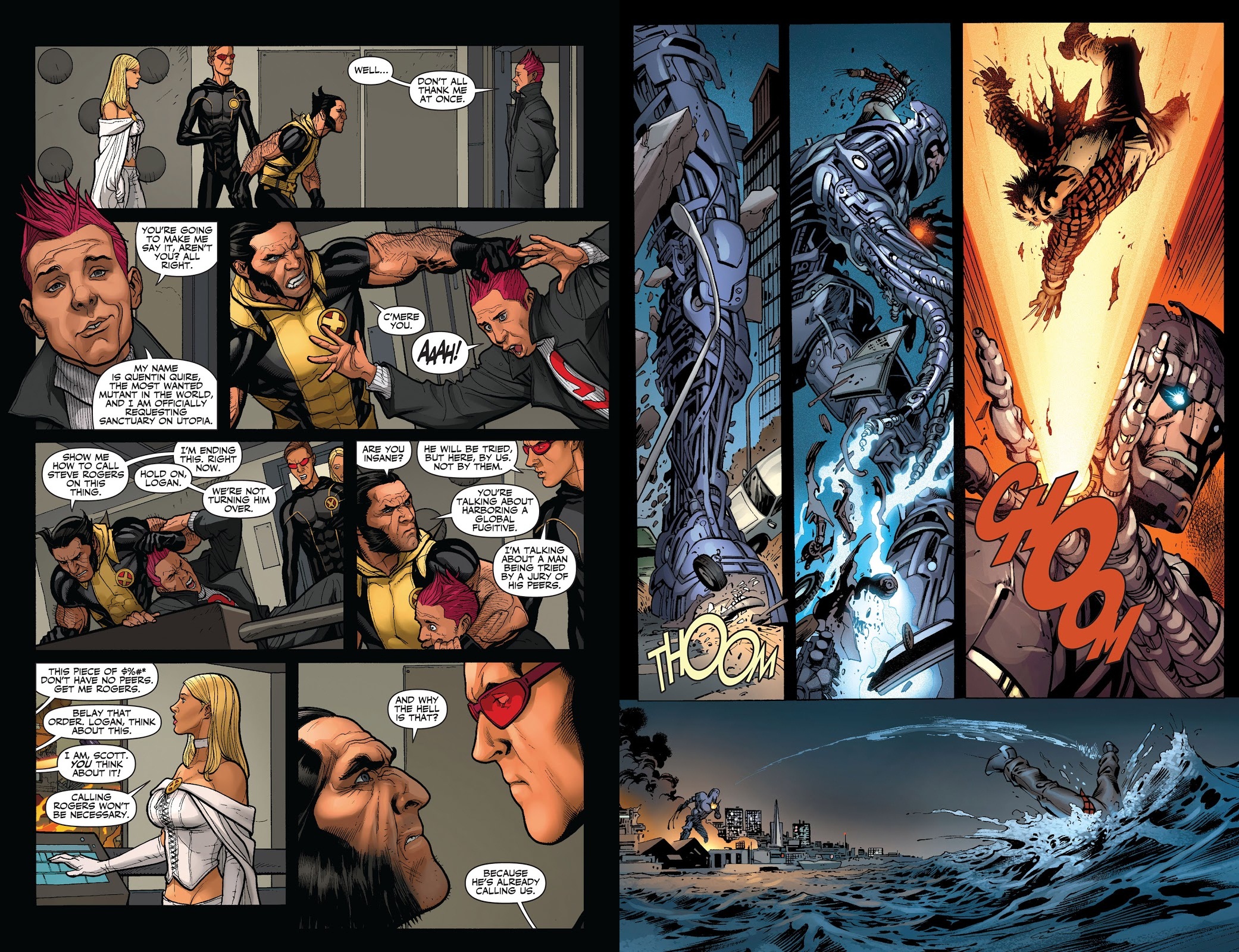 For a while the X-Men lived relatively peacefully on their own island, Utopia, off the coast of San Francisco. Having established the colony, Cyclops thought it time to address an arms conference to plead for the eradication of the mutant hunting Sentinels many countries covertly employed. It backfires spectacularly due to the interference of rogue telepath Kid Omega, but provides an opportunity for Kade Kilgore, twelve year old son of the world’s biggest weapons manufacturing firm’s Chairman.

There’s a definite tongue in cheek element to Jason Aaron’s plot, but that doesn’t hinder it from rolling out very nicely. The X-Men completely underestimate the threat they’re facing, while distracted by obsolete Sentinel technology around the world suddenly being activated, while the Hellfire Club has a blue blood transfusion. Everything builds to a crisis that Aaron has foreshadowed very nicely, and the title, which you’ve presumed means one thing comes to mean another.

As for the art, it’s stunning from the first page. That’s what you get with Carlos Pacheco, and he’s followed by Frank Cho (sample art left), Daniel Acuña, Alan Davis (sample art right), and Adam Kubert, each of them with long track records for delivering the spectacular as a matter of course. The Sentinels are an iconic design, and they make for iconic images under the right hands, and these are the right hands. Each artist turns in something you’ll remember. Pacheco’s spread of Cyclops and Wolverine dealing with half a dozen Sentinels sets the standard, and there’s plenty more to follow. Is Davis’ chapter closing Sentinel looming over Cyclops and Wolverine the best in the book? Make your own mind up.

Although unconnected with the remainder of the content beyond Wolverine’s presence and Aaron’s writing, Schism can also be found in the oversized hardback Wolverine Goes to Hell Omnibus. Had Marvel thought to include it at the time, it would have been more at home in Wolverine and the X-Men Omnibus, as it leads directly into that series. A final chapter addresses that, as Kieron Gillen and Billy Tan explore how assorted X-Men and students feel about what’s happened. This is well enough produced, but something for the real X-Men fan rather than the casual reader as a bunch of characters who’ve long since been discarded consider their options. You’ll need to be checking online all the time just to figure out who some of them are.

That final chapter apart, Schism still reads very nicely, self-contained, surprising and thrilling, and that’s reflected in the high price for used copies. A little cheaper, is the UK hardcover edition as part of the Ultimate Graphic Novel Collection.