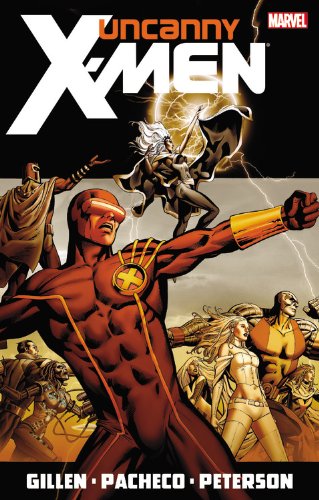 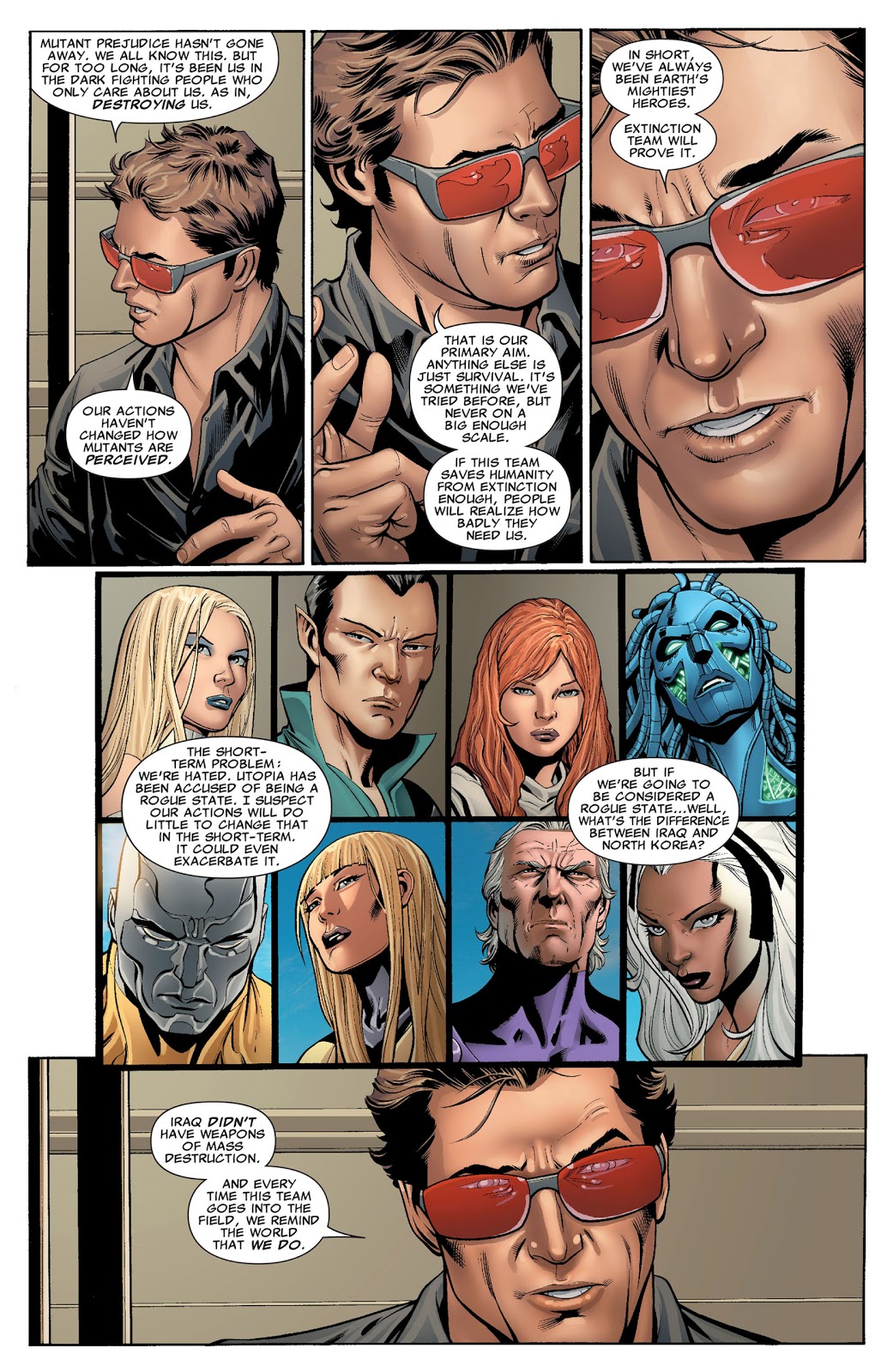 This rebooted Uncanny X-Men series signified the split resulting in two teams of X-Men, Kieron Gillen keeping control of those who remained on Utopia island just off the coast of San Francisco. Wolverine and the X-Men supplies the others. This team’s motivation is somewhat long-winded, so best explained by Cyclops on Carlos Pacheco’s sample art.

The X-Men’s involvement in Fear Itself closed with a chapter heavily featuring the musings of old X-Men foe Mister Sinister, and he’s the villain here. “Everything is Sinister” he proclaims, having found the means to transform an entire section of San Francisco into his own retro-design populated by cloned versions of himself. Mister Sinister is a villain who really loves the sound of his own voice, and he’s powerful enough not be distracted as he explains himself at length, which doesn’t always result in fascinating comics. Gillen buys into the monologuing, giving Sinister page after page to expand on his ideologies. It’s actually smart, but also dull.

Although only Pacheco is credited on the cover, a fair number of other artists are involved, and following the first chapter the quality varies from page to page. It’s never bad, but the differences are there in awkward looking bodies, and varying methods of page design, leading to an irritating inconsistency. The only other artist to draw a complete chapter of this slim volume is Brandon Peterson, whose illustrations concern a member of the Phalanx, a hive mind race, this individual cleaved off for study by Mister Sinister. It takes until halfway for the X-Men to put in an appearance, and until then the mood is that of a horror story rather than a superhero one. Gillen’s captions convey a being first victimised, then dispassionately doing what’s required to survive, which has a great human cost. Peterson’s Phalanx is heavy on noodled detail, and the early pages are richly terrifying, while the conclusion is neat and surprising.

Mister Sinister droning on and on goes a long way to making this volume the weakest of Gillen’s X-Men run, probably not what was wanted to launch a new series. All but the final chapter is also found in the first volume of X-Men by Kieron Gillen: The Complete Collection. Vol. 2 follows.