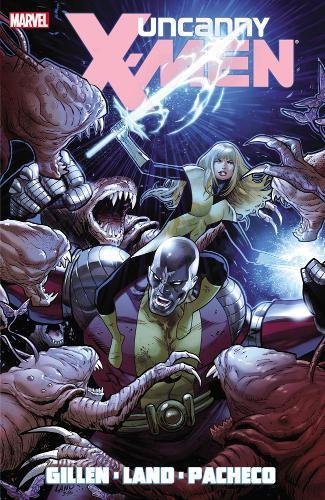 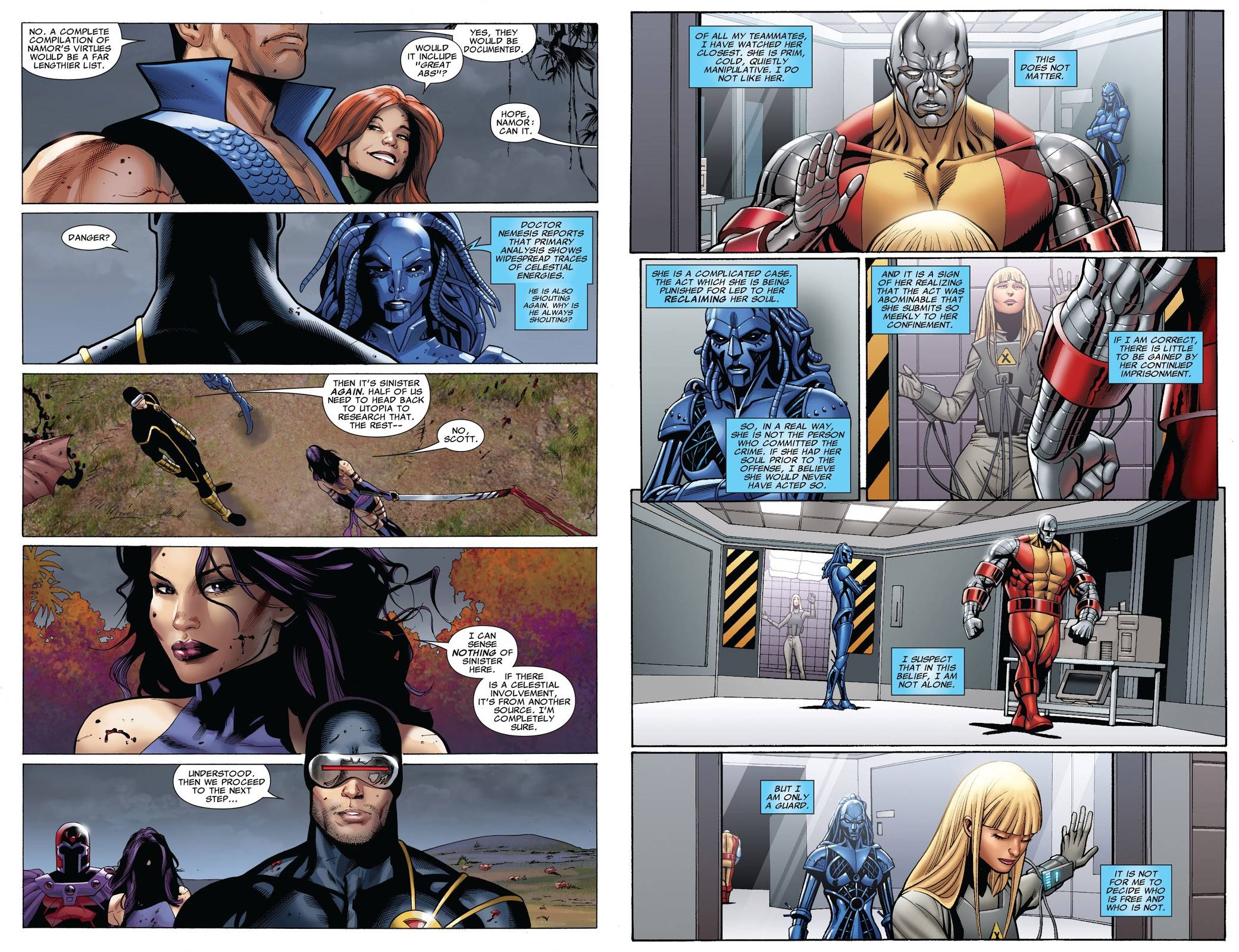 A six chapter collection features two very different stories, Kieron Gillen charging the plots to ensure they supply the character moments he wants to progress. The result is a jump up the quality scale from Vol. 1.

To begin with, what would a place look like if completely sealed and evolved 130 million years in 24 hours? It bears investigation, and the X-Men split into pairs to do just that, Gillen picking the partners to ensure people who need to have a conversation are given that opportunity. While there’s an element of tailoring the threats to power sets of individual X-Men, in all cases some thought is required, and the teamings reveal the personalities. Gillen’s nailed Namor’s imperious nature, but here has him smartly analyse an underwater threat, nicely topping that with “To be King of Atlantis takes more than perfect aesthetics”. Much like the environment where the X-Men find themselves, this is self-enclosed, not drawing on the past beyond the X-Men’s baggage, Gillen and Greg Land providing new concepts and characters. It’s cerebral for an X-Men story, incorporating plenty of those perfect aesthetics Namor mentions and themes of identity, ethics and justification, while the foes the X-Men encounter are creatures of intellect and can be reasoned with. Much of Vol. 1. was diminished by Gillen unable to put a brake on the dialogue, and while this story is similarly wordy, it’s far more interesting. “What’s the point in living if you surrender everything that you’re living for” remains a relevant comment years after Gillen wrote it.

Land’s world building is nice, almost pictogrammatic, supplying the strange by combining recognisable forms. His reference heavy art hits the right notes, frequently telling the story in either four vertical or horizontal panels per page with the focus on faces. Carlos Pacheco may have been intended to draw the final two chapters, but as in the previous volume, help is required, so Paco Diaz steps in, his artistic mimicry ensuring the pages mesh. Pacheco gets to illustrate assorted alien threats.

Gillen has to integrate what’s occurred in other X-Men titles, most frequently concerning Magik, distrusted for manipulating the team as she attempted to reclaim her soul. A characteristically smart aspect of Gillen’s writing is his ability to reinterpret previous events without negating them, and Pacheco’s sample page is an example, as Damage considers Magik’s character. Another form of artificial intelligence is the story’s core, a manipulative being last seen in Gillen’s S.W.O.R.D.: No Time to Breathe, but here altogether more sinister. It’s apparent in all his material that Gillen considers how to counter the X-Men’s powers, and that’s used very effectively when the X-Men meet Unit. It’s another smart story, layers concealing layers rather like Unit’s decoy mind, and reaches a satisfying conclusion.

Next up is this X-Men team’s participation in the Avengers vs. X-Men event begins, or alternatively both volumes are included in X-Men by Kieron Gillen: The Complete Collection Vol. 2. 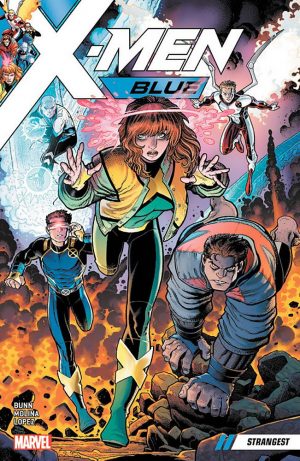 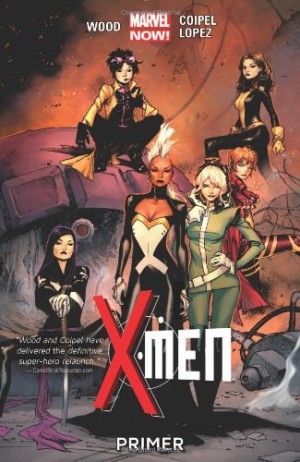