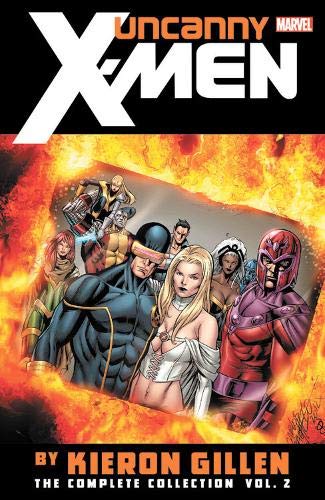 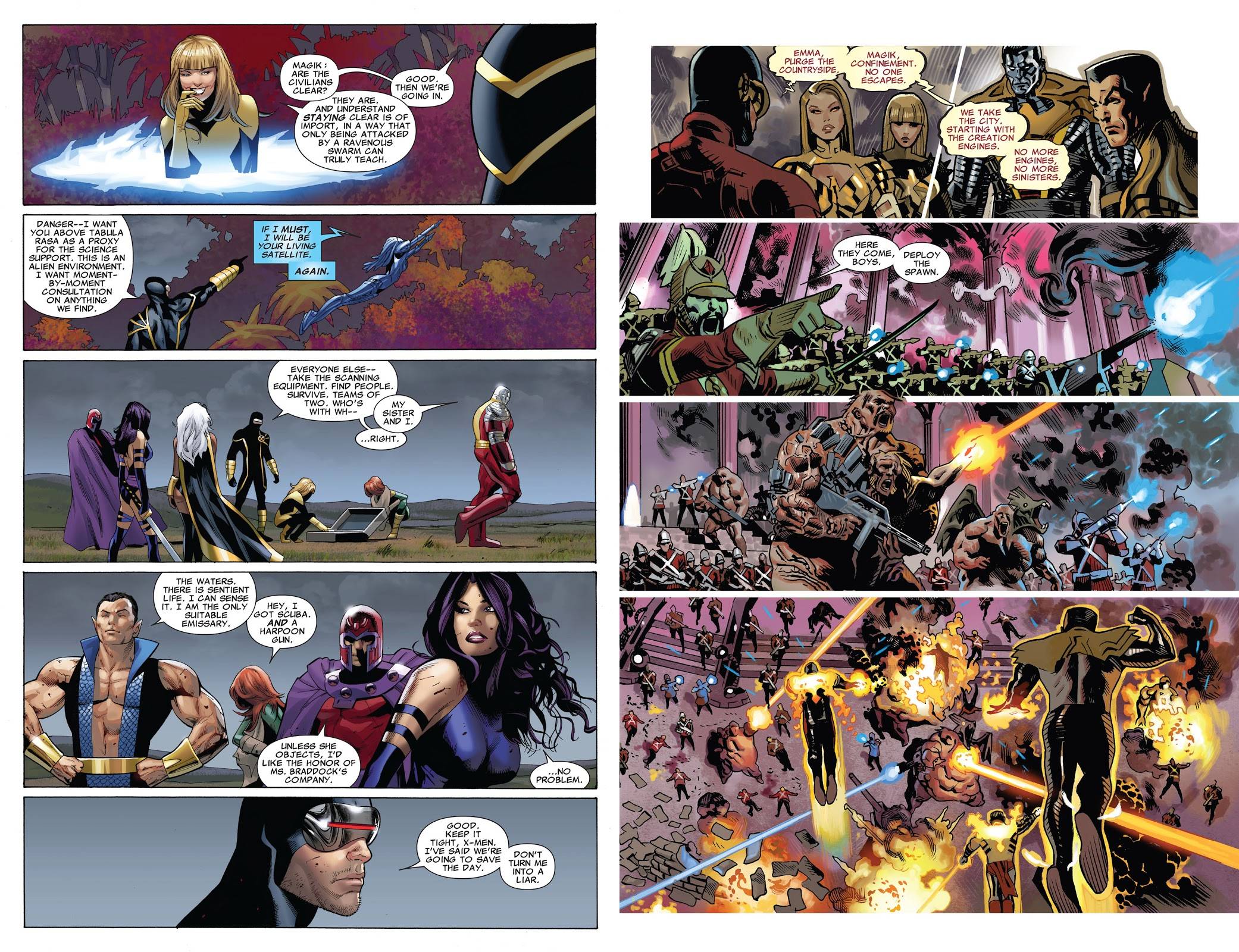 Much of this Compete Collection concerns itself with the events of Avengers vs. X-Men, but thankfully Kieron Gillen is left to his own devices for the opening third. What he chooses to explore throughout is the idea of the X-Men being an evolutionary leap, achieved by contrasting them with other forms of evolution. The most obvious is the narcissistic Mister Sinister and his genetic tinkering, the unfettered ego of a flawed would-be God intending to remake the world in his likeness. Unit is an artificial intelligence still broadly following programming, for whom time is infinite, so a year or two imprisoned makes no difference in the long term and affords an opportunity for observation, manipulation and evaluation. Then there’s the result of a community artificially evolved 130 million years, distant to both humanity and mutants. As a comparison, 130 million years ago in our timeline mammals had just begun to evolve, and primates were thirty million years in the future. “I had to study you. I was not sure you were sentient”, explains one member of that community, adding “frankly, I’m still not convinced”. The marker for them is that it takes humans over a week to learn a language.

While evolution is a constantly explored theme, it’s embedded in viable superhero stories of threats and conflict. Gillen’s given his cast some thought, and this manifests not only in the creative ways he finds to counter the X-Men abilities, but in the new touches he brings to their characters. He’s nailed Namor’s prideful arrogance from the start, supplying some choice smug lines in volume one, but here also provides a finer definition of a man completely attuned to his underwater environment. There are some misfires, such as Magik’s agenda ultimately failing to convince and Cyclops never evolving beyond his staid default setting, but otherwise Gillen has something interesting to say about almost every character used.

The list of artists showcases some massive talent, but also indicates the lack of consistency. Only Greg Land and Daniel Acuña (sample spread) manage three consecutive chapters of seventeen included. The stories are structured to accommodate this to some extent, but fewer artists would preferable. That said, memorable visuals are frequent, from Brandon Peterson’s struggling individual member of the Phalanx, through Dustin Weaver’s steampunk society to Carlos Pacheco’s neatly structured conversation over the final chapter.

Some stagnation is apparent when the needs of Avengers vs. X-Men intrude, Gillen sometimes treading water while waiting for events elsewhere to occur. These stories start with the X-Men awaiting the arrival of the Phoenix Force, then continue with the ever-diminishing distillation of it among them. Rather than a satisfying whole as with the evolutionary advance earlier, these stories have their gold in flashes, not throughout. Only a trivial, but funny chapter early on and Gillen’s series closer work in their entirety. The idea of the seemingly Victorian society of Mister Sinister coping with the Phoenix Force is well conceived, there are some fine Psylocke moments, and Gillen can eventually tie up his own plots tidily, but this section is flawed.

If preferred, the best material is available separately in slimmer paperback as Uncanny X-Men Vol. 2, while the opening story is the best of Vol. 1, and the conflict with the Avengers occupies Vol. 3 and Vol. 4. Gillen’s farewell to the cast is in Avengers vs X-Men: Consequences. 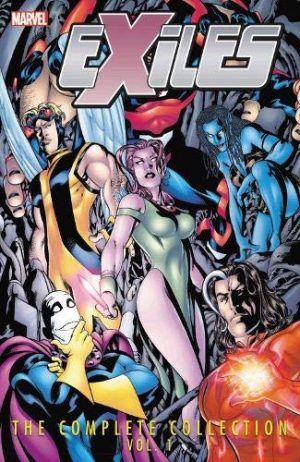