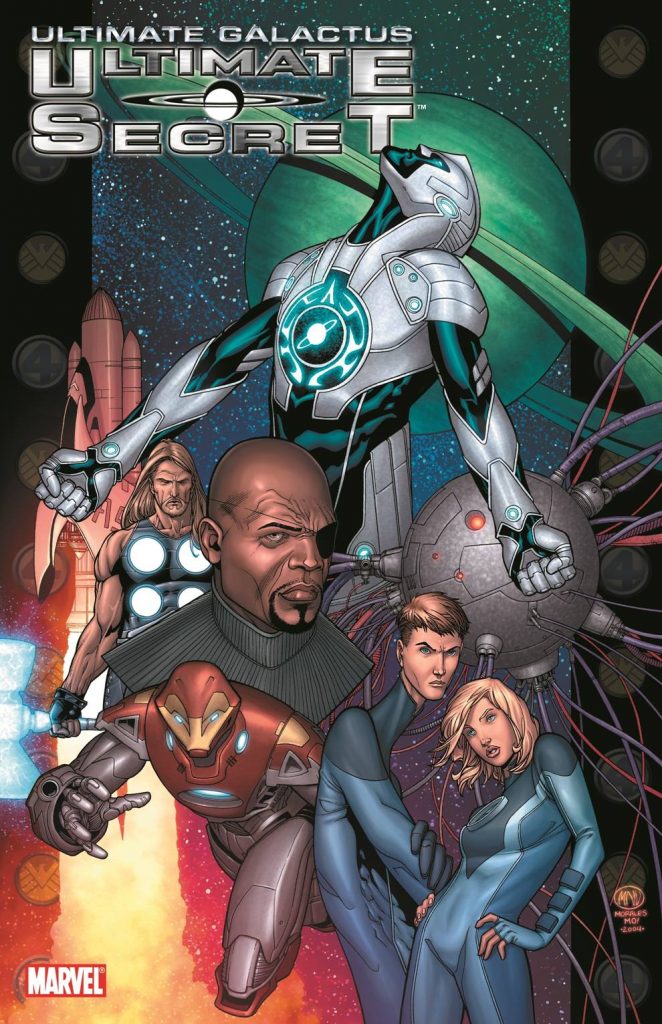 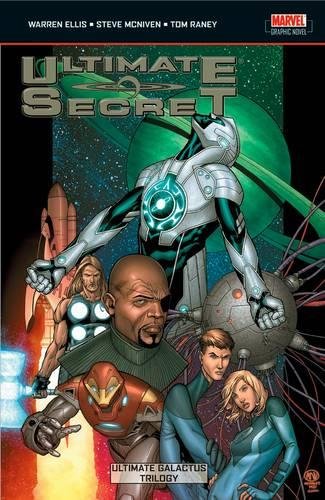 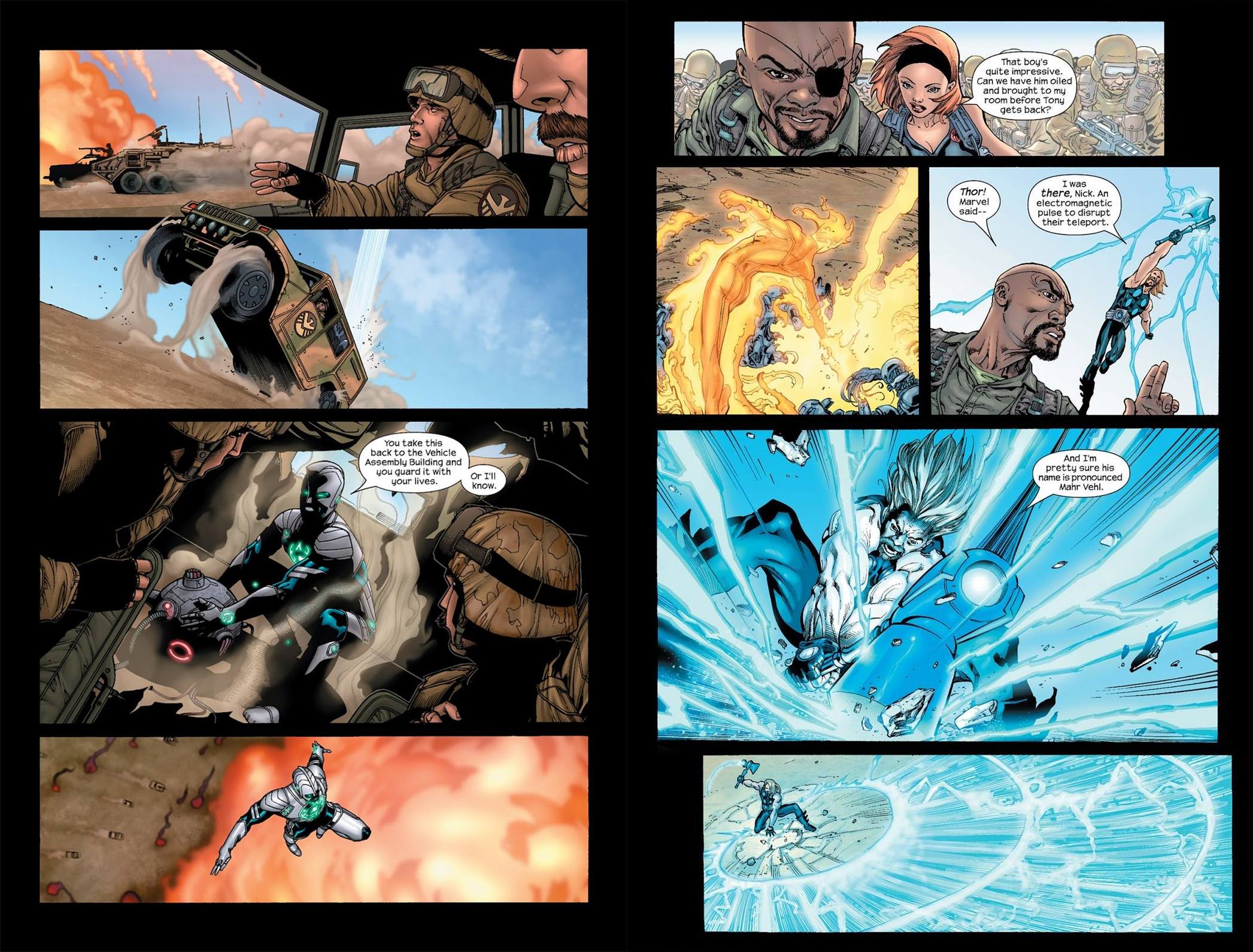 Warren Ellis provides a science-heavy opening sequence to the continuation of what was revealed in Ultimate Nightmare, despite it not seeming to be a sequel for a considerable while. As the science only has a minimal purpose, it’s more explanation than required, a case of too much research being planted in front of readers. S.H.I.E.L.D. planning to launch a spacecraft employing new propulsion technology is the occasion, and that launch is disrupted.

Unlike the tension of the action thriller that was the previous outing, Ultimate Secret follows the explanation-heavy start with a full-on action sequence introducing Captain Mahr-Vehl of the alien Kree race to the Ultimate universe. Further superhero involvement comes via the Fantastic Four and some Ultimates not seen last time, but only after Ellis has tied this into the previous instalment. The expectation out in space is that Earth, superheroes or not, is going to bite the big one.

When Steve McNiven draws the first two chapters everything’s fine. The people look real, the layouts have a dynamism and the technology is polished. Tom Raney over the final chapters only manages two of those three, the people reduced to looking as if they’re Skrulls in disguise, weirdly out of shape and with manic grins on their faces. That seals a coasting story on Ellis’ part, a means of indirectly joining Nick Fury discovering the threat of Gah-Lak-Tus to confronting it in the following Ultimate Extinction. It only briefly sputters into life, with some interesting speculation about the mathematical Fermi Paradox, Mahr-Vehl’s opening action scene, and parts of the finale in space, a few nice character touches not enough compensation for too much padding.

All three components of Ellis’ story are collected as Ultimate Galactus Trilogy.