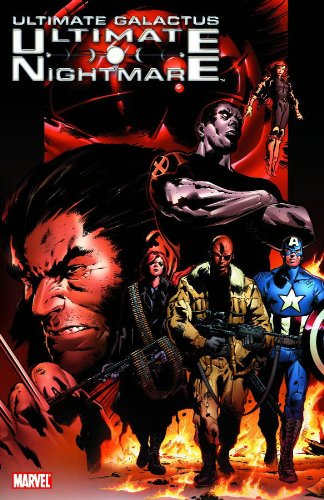 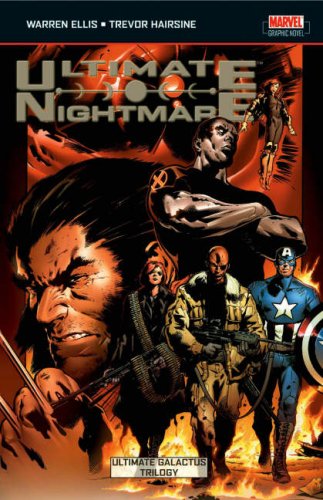 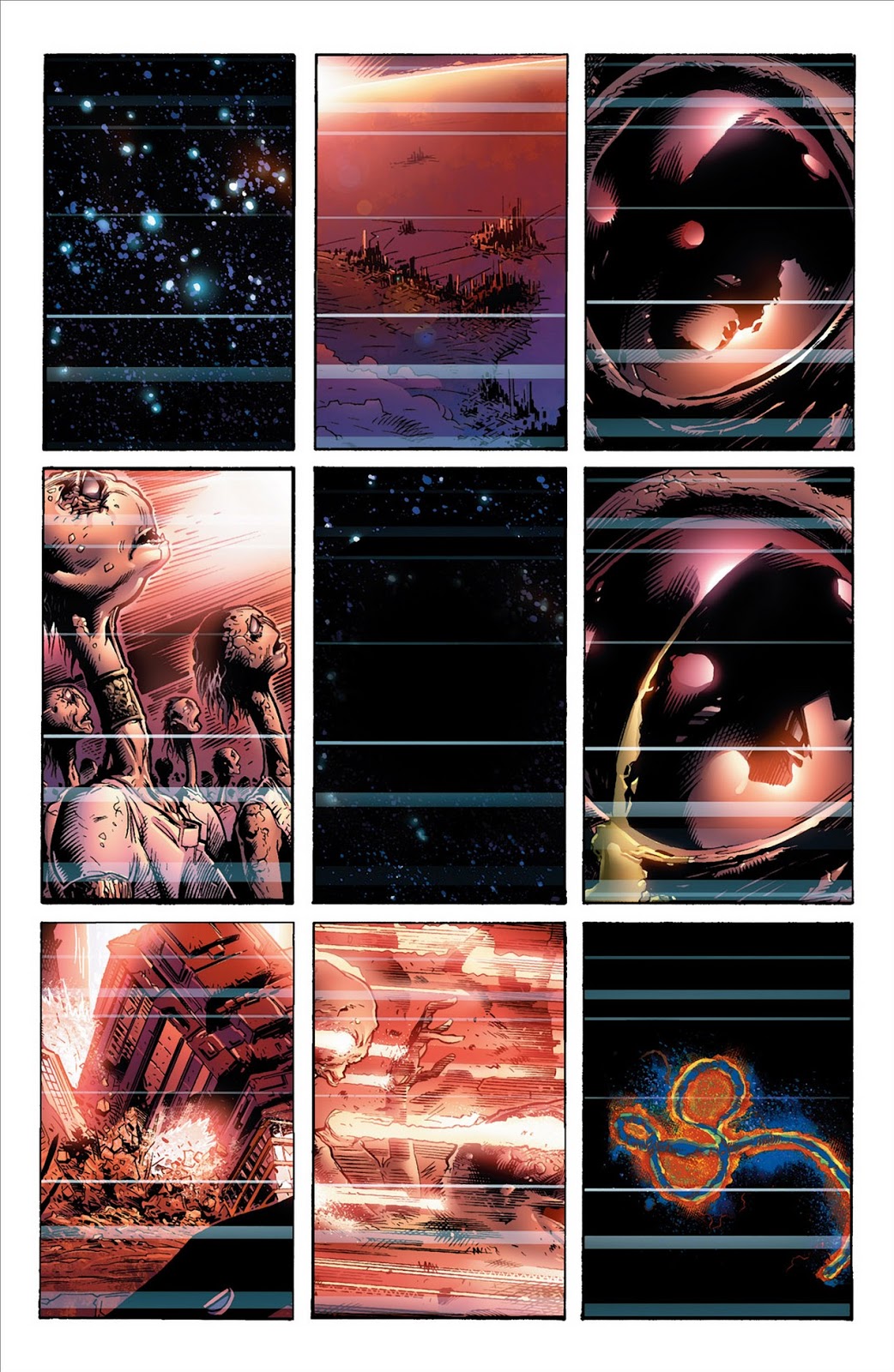 Ultimate Nightmare eventually leads into the Ultimate universe manifestation of a key Marvel moment, but Warren Ellis takes a very different approach, reworking the basic premise so it’s no longer a superhero story, but transferred into action horror territory. When the original comics were serialised readers had no idea where the story would lead, and Marvel show astonishing insensitivity when it comes to the collection by slapping the name of Galactus on the cover. He’s not very relevant until a now ruined shock ending, and a story designed as a mystery is cut off at the knees by stupidity.

Ellis begins by modifying the real world incident of the Tunguska Event, what’s presumed to have been a meteor exploding in the atmosphere above Siberia in 1908 and devastating a significant area. In the present day a century later, repeated global TV broadcasts show horrific images of an alien civilisation being wiped out, and warning the end of times is inevitable. The Ultimates and the X-Men are involved, with Ellis introducing the Ultimate version of the Falcon, but costumes are minimised to begin with as Ellis enjoys himself extrapolating various Fortean theories about what may have happened in Tunguska. This is among postulations about some heavy duty destructive science.

Trevor Hairsine (sample page) and Steve Epting draw individual chapters, their specific form of figurative realism ideally suited to what develops into an equivalent of a tense cinema action thriller. They’re good at switching the viewpoints for conversations in confined locations, very good at defining people, and spectacular when it comes to the technology.

By the time super powers are required halfway through, the Avengers and the X-Men have separately entered a vast abandoned facility with roots digging way back into the history of the old Soviet Union. During this black ops mission a horrific truth is gradually revealed, and predictably enough, there’s a brief skirmish between the two teams in the final chapter, with neither actually realising what they’ve discovered. Ellis seems off-note with a particularly whiny and nihilistic version of Wolverine, but more than compensates with Sam Wilson, here an extraordinarily smart and analytical man with knowledge and talents ideally suited to the mission. Ellis also has a nice line in throwaway concepts or little connections with the standard Marvel universe.

The tension is high throughout, and Ellis has time to drop another surprise in this alternate universe before the revelation that propels the story into Ultimate Secret. Well written and well drawn, this is very satisfying if you like your superheroics dark. What a shame some idiot at Marvel gave away the secret on the cover.

All three connected volumes of this story were later combined as Ultimate Galactus Trilogy. 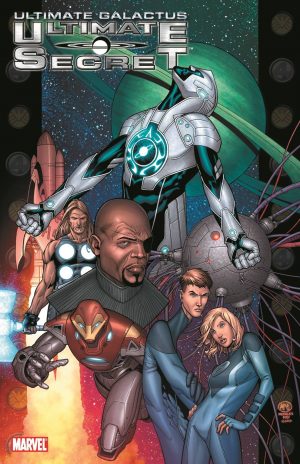 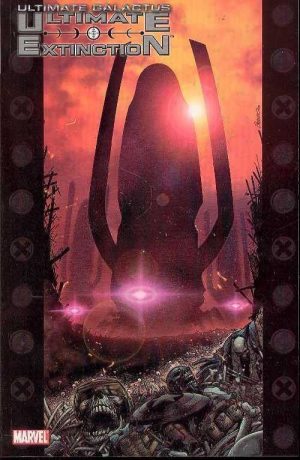 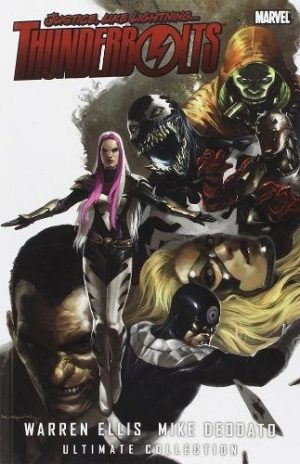