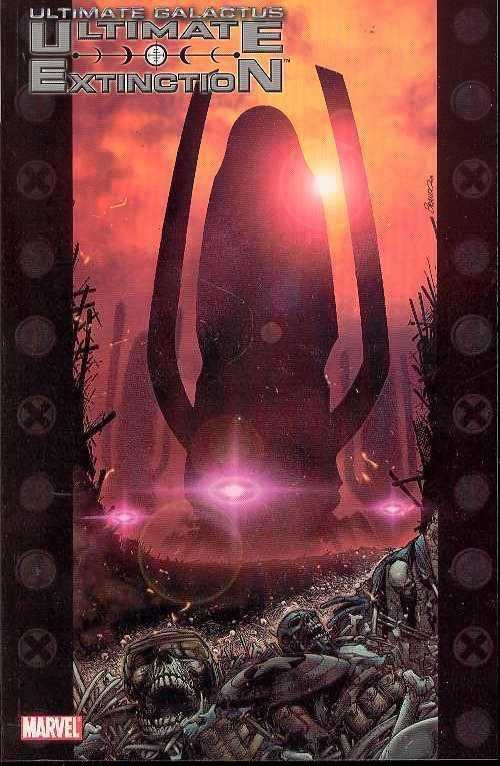 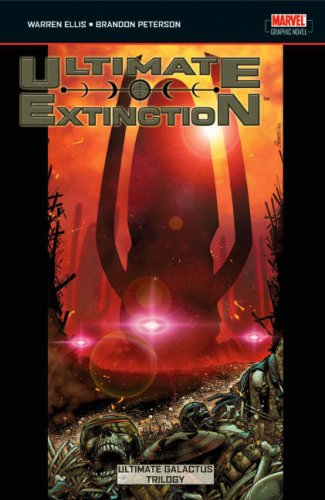 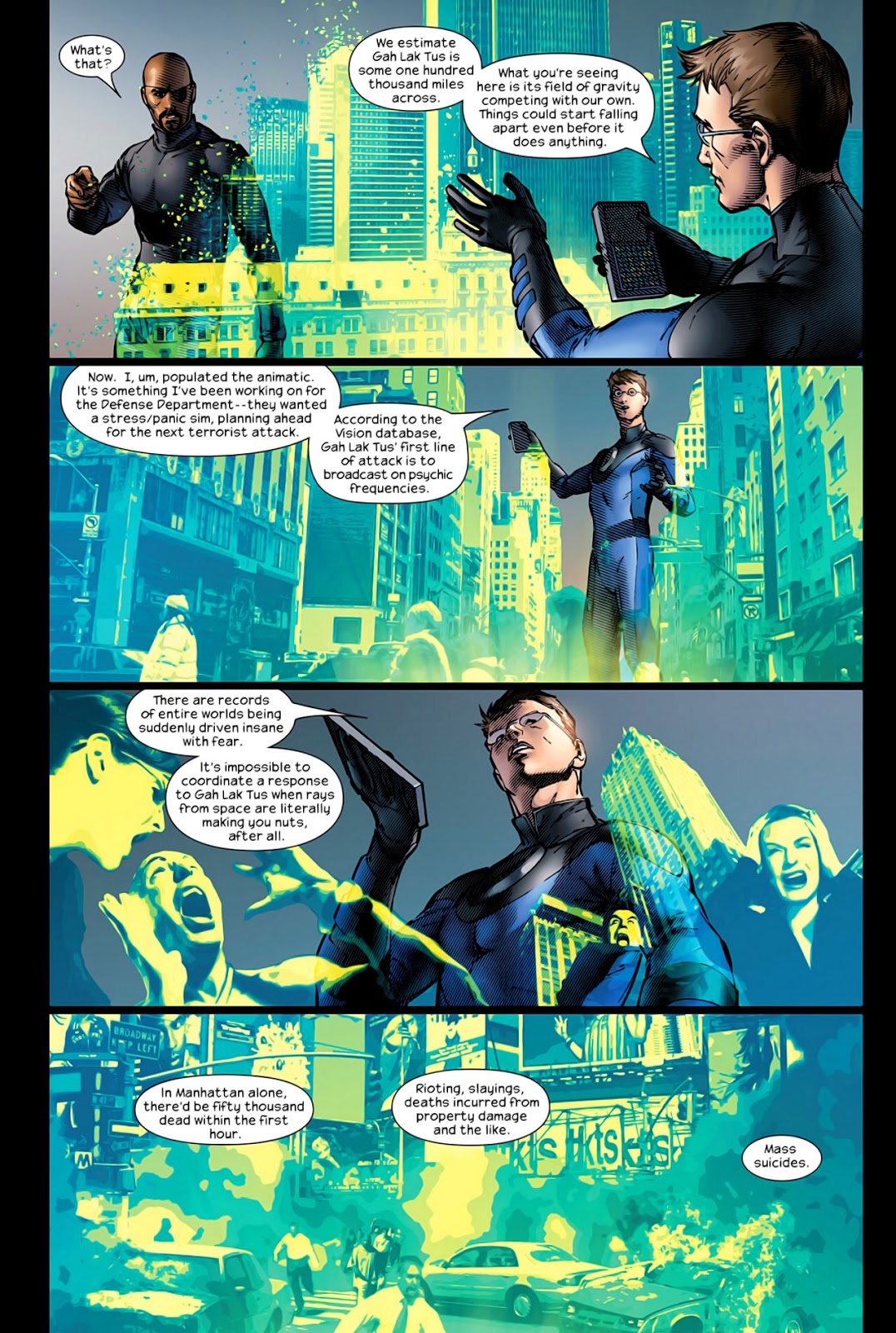 Over two previous graphic novels Nick Fury has learned that a threat named Gah-Lak-Tus is heading toward Earth, and that whatever it is, rumour has it that after a planetary visit all life is extinguished and the planet is restored to its original state. Information extrapolated by beings who’ve had contact with Gah-Lak-Tus suggests it uses a virus to attack living creatures, and extinction could be achieved within a day. It then uses the thermal energy from the planetary core to power its craft to the next destination.

It’s a horrific and conceptually creative variation on the Galactus known to the primary Marvel universe, and wherever the expectation might have been that Warren Ellis would take his story from Ultimate Secret, it probably wasn’t to private investigator Misty Knight. That has a purpose, because as with every step of his trilogy Ellis has shifted the prevailing atmosphere, and while a relentless action finale might be expected Ellis instead supplies a constant escalating tension. Readers know the world could end, but only a few of the cast are in the loop, which is a fine way of defining them. Captain America struggles with the notion of his obsolescence, Charles Xavier relishes the thought of telepathic contact with an alien mind, and Reed Richards is distraught at his prospective solution. Ellis additionally introduces a few other characters with regular Marvel universe counterparts.

More than the previous two outings, Ellis is providing the fantastic here, showing what the smartest minds on the planet can achieve with bottomless resources, and that the biggest heroes can face the unimaginable. It’s the ultimate expression of the Marvel film franchises several years before the Avengers movies kicked off, and the visual thrills are entirely down to Brandon Peterson, who draws Ultimate Extinction in it’s entirety, and does it spectacularly well. His poses tell a lot about the people, and his designs for the technology are deceitfully clever. He uses energy signatures and patterns to give an impression of otherness, and it works, with the colouring by Justin Ponsor sealing the effect.

After the relatively disappointing Ultimate Secret there may have been a feeling Ellis had lost his touch, but this restores his form. Even within those blockbuster parameters he doesn’t conform to expectation in telling the story of a desperate battle to save the planet. Ultimate Extinction is a success because of the sheer plot diversity, which rummages around in all kinds of unexpected places, yet is cohesive, structured and humane, and delivers one hell of an ending.

All three parts of the this trilogy can also be found combined as Ultimate Galactus Trilogy.