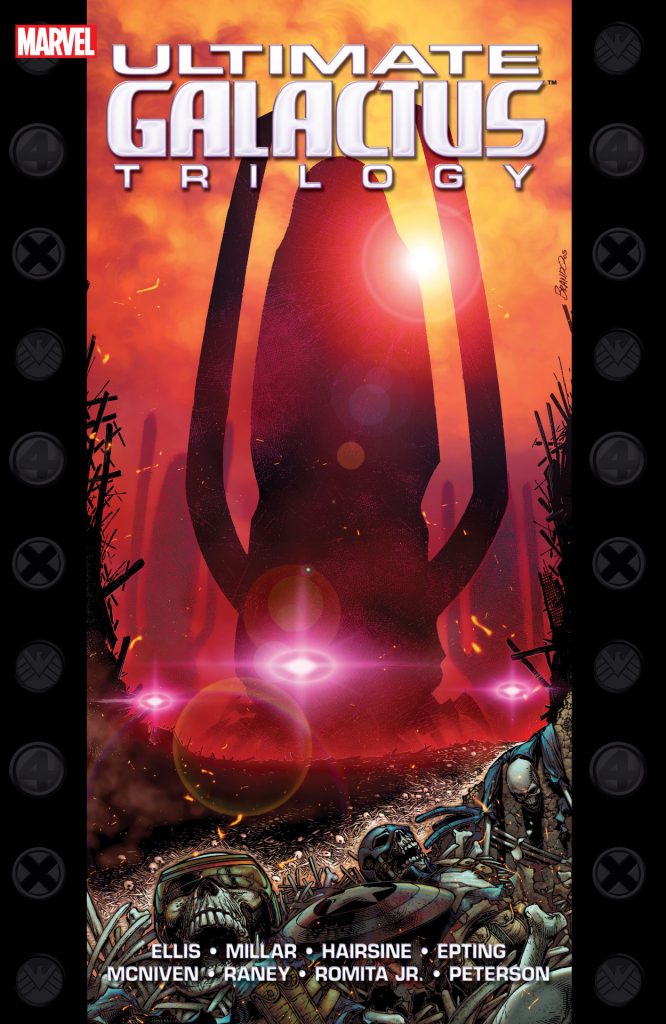 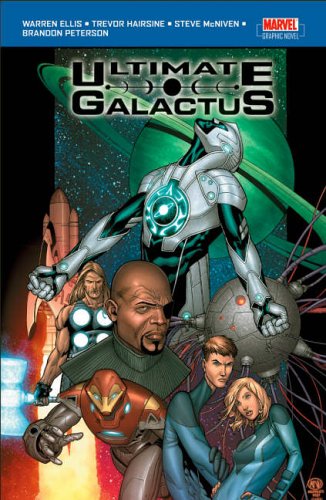 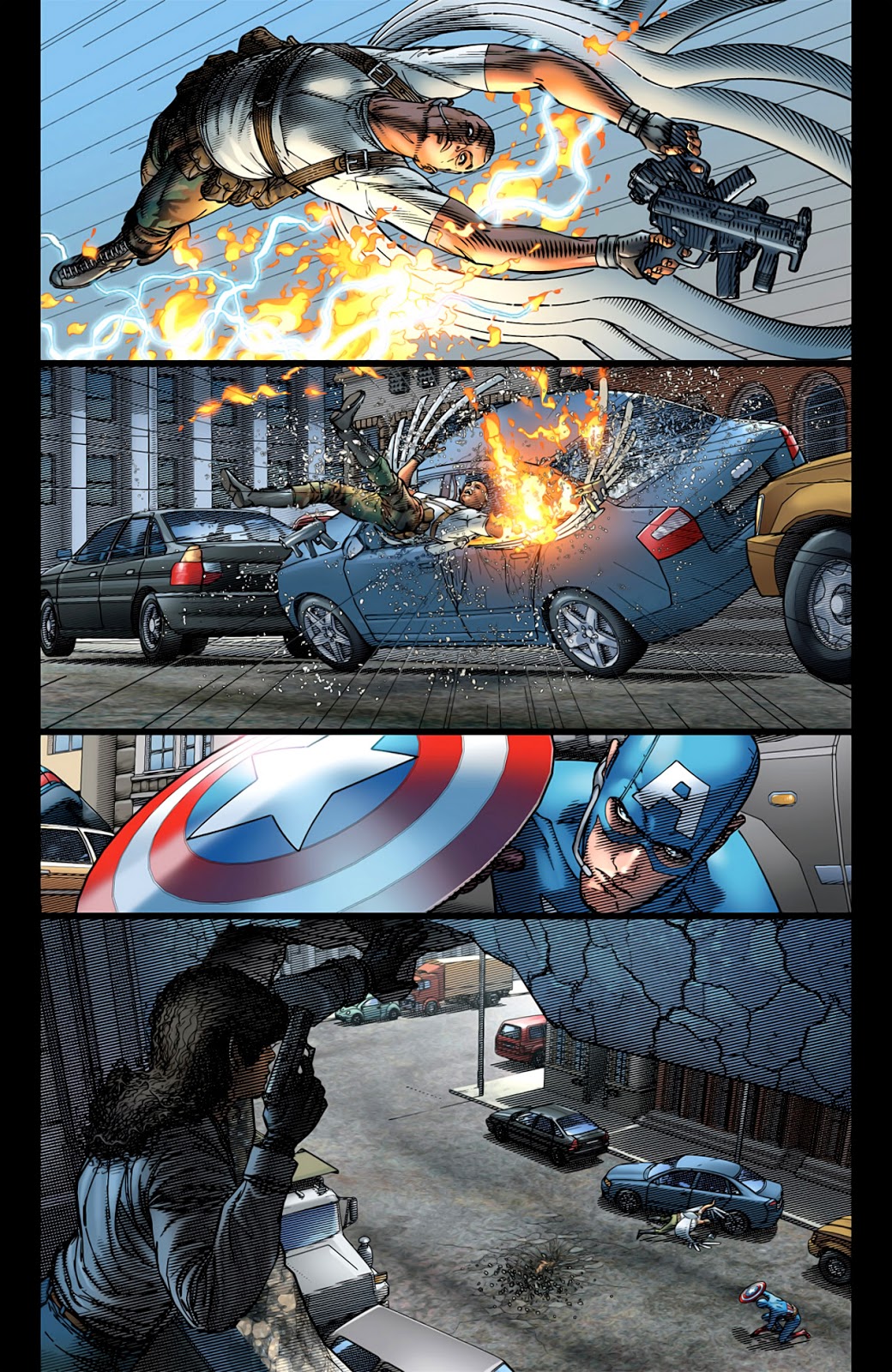 For comic fans reading Marvel in the 1960s the arrival of the Silver Surfer and Galactus in the Fantastic Four was the pinnacle of superhero excellence, mind-boggling cosmic innovation from Jack Kirby with Stan Lee’s dialogue adding extra spark. The makers of the Fantastic Four films realised that for the 21st century that no matter how impressive his headgear, the idea of a giant in a pink and purple costume would no longer cut it. That was also the case for Marvel’s early 21st century Ultimate universe, a place where the equivalents of the Avengers were controlled by S.H.I.E.L.D., an altogether darker place with more realistic military priorities. Master of darkness Warren Ellis was drafted to introduce Galactus to that universe.

He chose an interesting method, a trilogy of stories each with a different tone, beginning by converging what are in effect two black ops missions, one involving the X-Men and the other Nick Fury accompanied by Captain America, the Black Widow and the newly introduced Sam Wilson. He has wings, but isn’t ever referred to as the Falcon. The mission is prompted by the entire world being blanketed by co-opted TV signals warning of an imminent danger from space and humanity being wiped out. It’s bleak, downbeat, consistently tense and ends with a warning about Gah-Lak-Tus from a surprising source.

The middle section sags from too little plot, too much research substituting, and a few good ideas and moments buried within. It’s disappointing, and is also the only section where the art is substandard, Tom Raney for some reason never building on his late 1990s promise. Steve McNiven’s pages on the same story define the entire cast far better, the realistic styles of Trevor Hairsine and Steve Epting bring out the darkness of the opening story, and Brandon Peterson (sample art) is utterly spectacular on the finale.

That finale is the widescreen action cinema Ellis can supply so well, infused with so many ideas he can afford to throw them away in passing. The character definition here is a real treat from Reed Richards battling with his own conscience to Nick Fury’s utter certainty that the ends justify the means. By this section it’s known Gah-Lak-Tus is heading to Earth, and Ellis’ concept of what it is has an imagination the FF film makers could have done with. It’s a remorseless planet-destroying entity that reworks Kirby’s thoughts about the end of times and God with a Neitzchean twist, without ever losing sight of this being a superhero thriller.

In all three sections Ellis introduces new versions of familiar characters to the Ultimate universe, some more unlikely than others, and only Misty Knight is virtually indistinguishable from her mainstream counterpart. Sam Wilson is particularly impressive, an adventurer and engineer with a quick and adaptable mind. A couple of wrong notes with other characters, and some dropped to background players is of little consequence given the overall pleasure here.

Separately the individual stories can still be found easily enough in both UK and US editions as Ultimate Nightmare, Ultimate Secret and Ultimate Extinction.