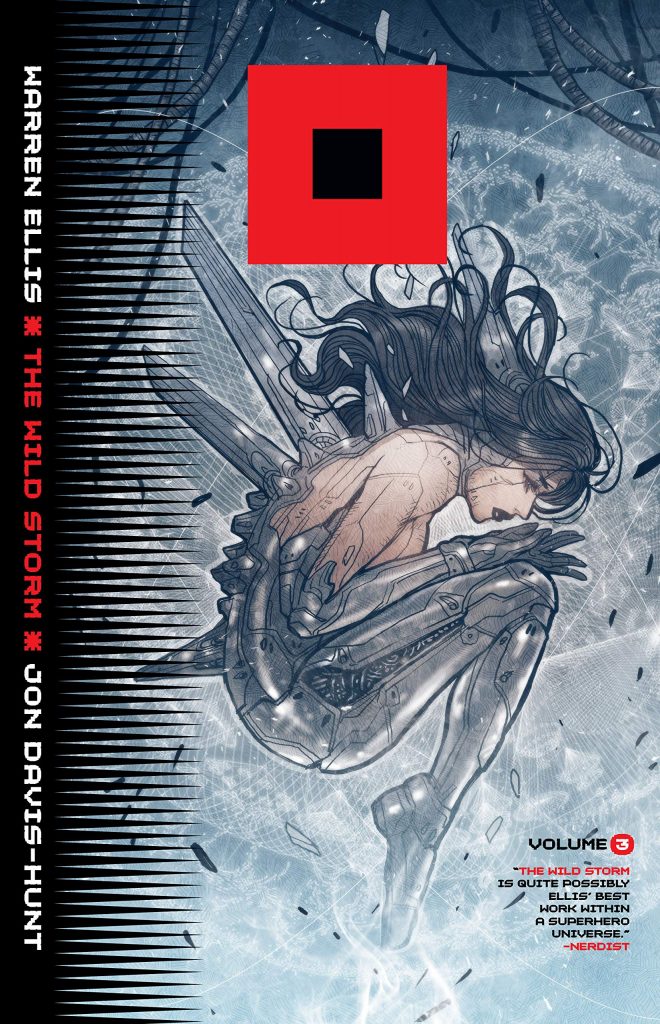 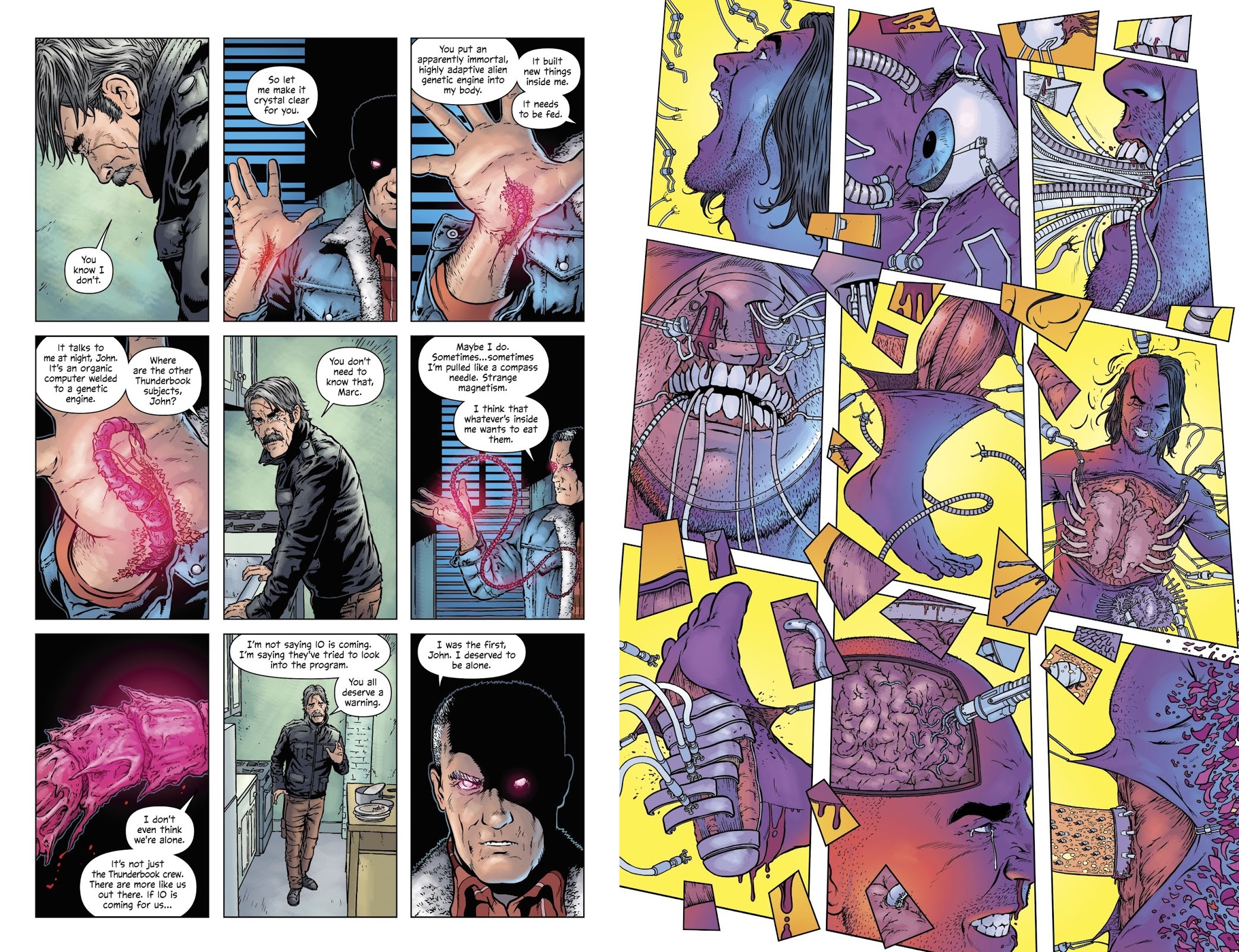 Now having reached the halfway point of this complex superhero spy thriller, Warren Ellis and Jon Davis-Hunt throw in their curveball. John Lynch once commanded an elite team of soldiers who volunteered for experiments splicing their DNA with the genetic samples of aliens. Under the auspices of IO, Project Thunderbook resulted in tormented people with incredible powers who subsequently scattered to the four winds. Now IO’s new commander is on the verge of both discovering the old secrets and setting off a war with competing security agency Skywatch.

The Wild Storm continues to be a compelling re-imagining of characters that Ellis had already redefined twenty years previously in The Authority, but this isn’t the place to start. Ellis and Davis-Hunt are producing a graphic novel in the truest sense of the term, and without the considerable background offered in a dozen earlier chapters serialised over two books the escalation to possible armageddon transmits without great purpose. If you’ve read volumes 1 and 2, however, the tension escalates sweetly.

We see Lynch visiting everyone he once commanded, their reactions imaginatively different. For those familiar with the original incarnations of the cast, the most disturbing transformation is that of Marc Slayton. He’s a terrifying delusional maniac, with Ellis playing brilliantly with the misunderstood pronunciation of an alien race’s name. For the most part, however, Ellis remains true to the characters older readers might remember. They’ll have different positions and motivations, but their essential personality is intact. By the end of the book they’re also broadly separated into groupings aligning the WildStorm super teams of the 1990s. However, don’t become too fixated on that as The Wild Storm is its own thrilling experience, and can be understood on those terms. References to the past are merely Easter Eggs.

Ellis plots frequently extrapolate current science visually, and Davis-Hunt has the imagination to project this, even when the devices used are destructive. His highlight here, though, is a visualisation of how a computer brain would interpret the internet. It’s like a kid of the 1970s going nuts with a spirograph toy, and it’s beautiful. DC should sell prints. As the series has progressed Davis-Hunt has been able to shift the balance of his art. The start called for the discipline to rigidly deliver conversations with the occasional break into action. There’s now far more action, and more context to the talking sequences. These still primarily occur over a nine panel grid, and back-up material displays how Davis-Hunt constructed the left hand sample page and those surrounding it. Ellis toys with visual imagery reflecting the title in several places, providing the artistic challenge of interpreting this differently each time, which appears no problem for Davis-Hunt.

This remains a wonderfully poised story about the world unknowingly on the brink of destruction, delivered with a great narrative density. At this stage Ellis is still introducing new characters and the task of wrapping everything up in Volume 4 as originally intended seems a stretch, but if that doesn’t happen would it be disappointing? There’s been nothing disappointing about The Wild Storm to date.