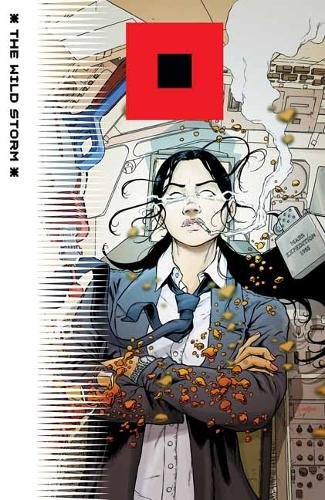 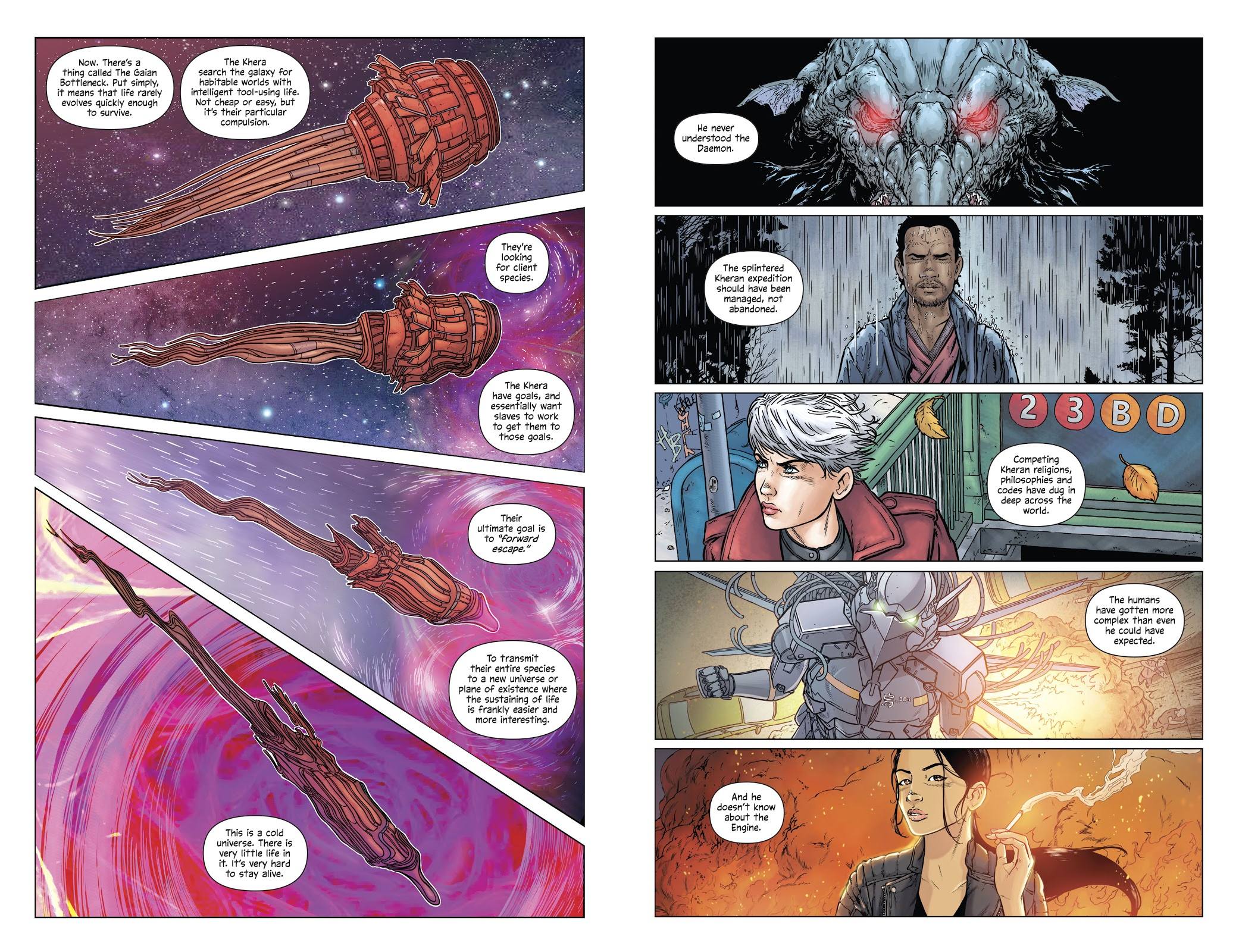 Warren Ellis revisiting and reconfiguring so many of the WildStorm superheroes he defined so well in the 1990s has been an absolute treat over volumes 1-3, and there’s no letdown for a conclusion that opens with one of his most popular characters, Jenny Sparks. She’s relating what a danger the unhinged Henry Bendix and his Skywatch organisation actually are.

What may sound dull, but actually isn’t under Ellis and highly adaptable artist Jon Davis-Hunt, is a lot of The Wild Storm has been people talking about what they’re capable of doing. If the creators can make that interesting, what are they going to be like when it comes to the actual spectacle? Amazing, is the answer. It’s difficult to choose just what looks best here, but the first contender shows Apollo and Midnighter taking care of a squadron of old-fashioned, glowing UFOs sent to abduct the inhabitants of a small rural town. The action scenes ramp up from that, and Davis-Hunt isn’t at a loss for down to Earth moments, which have an emotional resonance.

The incredibly prolonged build-up over three volumes (three volumes!) is ambition without precedent in American comics, and the fear might be that Ellis can’t wrap everything up satisfactorily over these six chapters. What’s been built is a Cold War analogy, a situation where two covert organisations with almost infinite resources are coming ever closer to opening hostilities, and any ordinary people caught in the middle will suffer the consequences. Seeing as Volume 3 ended on the verge of that, it’s only fair that the hostilities break out, but will what was once referred to as “mutually assured destruction” be the result?

A lovely aspect of what emerges from that is Ellis, whose early career was an ever-improving exploitation of nihilism, instead building a series on hope and spirit. The shady death merchants hidden behind layers of protection and characterised as cool in Ellis’ earlier work are here recast as what most outside the intelligence community would view them as. At the very least they’ve lost sight of humanity, and that’s something Ellis doesn’t neglect. The Wild Storm has spread all over the place, but if there’s one central character it’s Angie Spica, whose journey and transformation has been the most extreme. She’s already become something very powerful, but her personality remains the ordinary person she was as the series began.

Ellis has provided a fascinating read all the way through, encompassing multiple personalities and viewpoints, and Davis-Hunt has awed with his artistic interpretation of that. Thankfullt, this lives up to almost every expectation set by their earlier diligence. In the final knockings some form of epilogue would have been desirable, as the ending is abrupt. Perhaps Ellis intended to continue with the cast in the Wildcats series announced on the final page, but two years on and that’s yet to appear. Still, that’s only a minor point and this closing volume otherwise supplies the thrills and fun we want.