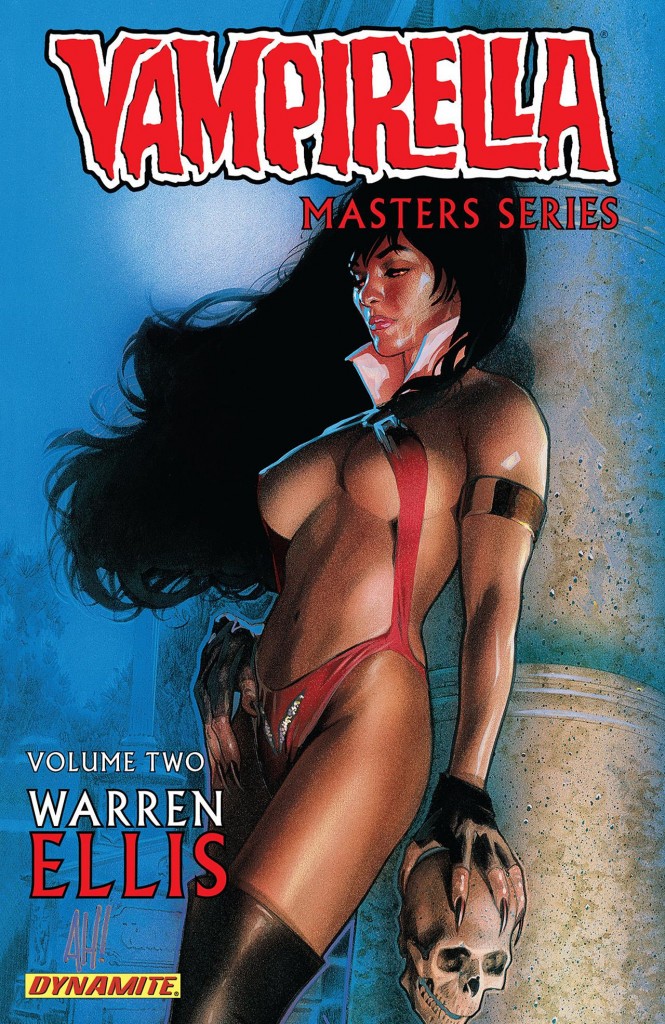 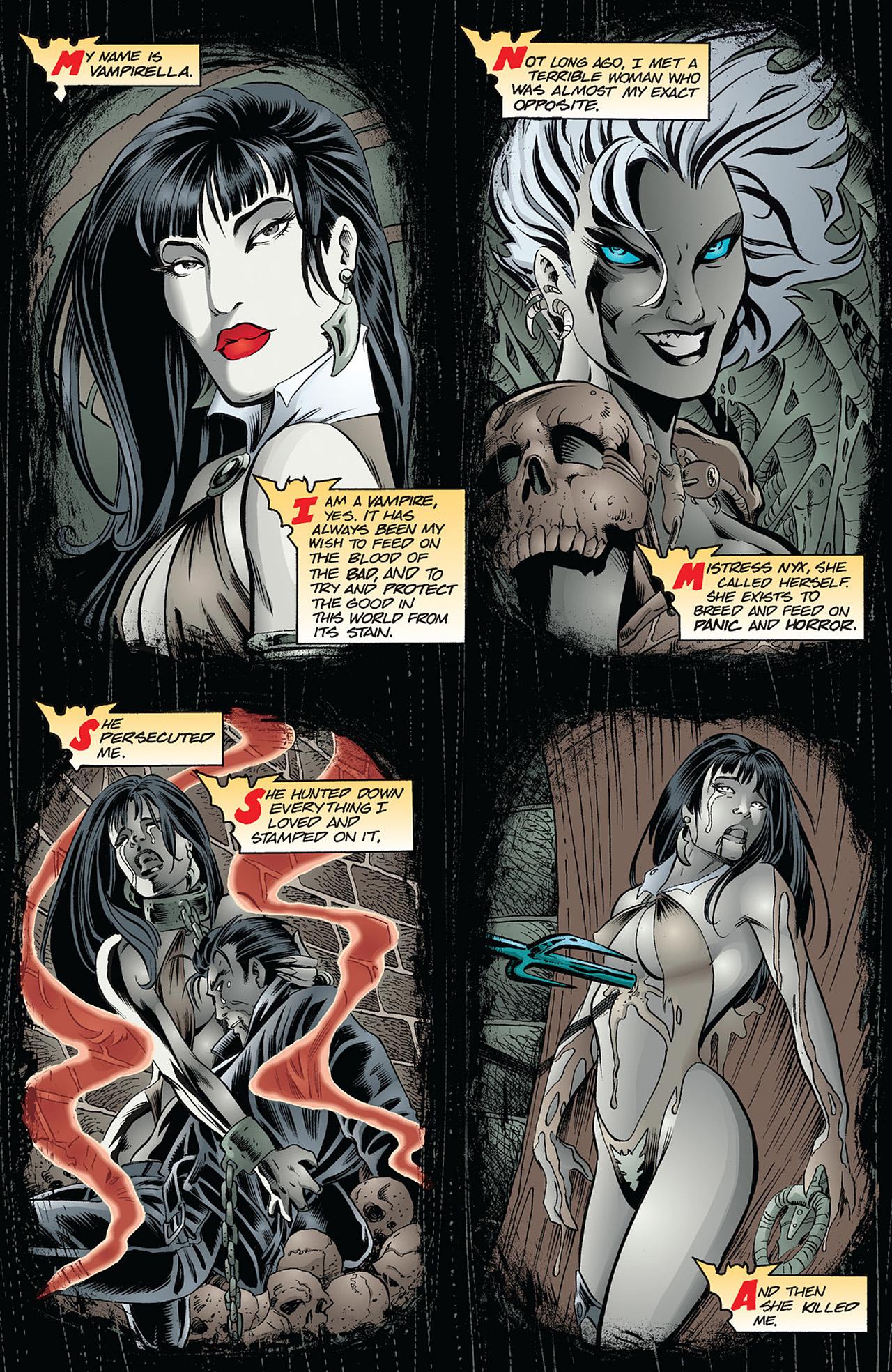 Although this is the second volume in the Vampirella Masters series, it’s no continuation of the first except numerically. In that Grant Morrison and Mark Millar took a tongue in cheek approach to Vampirella and her world, and Warren Ellis attempts to take it seriously. He’s hamstrung by a previous writer completely revising Vampirella’s origin, necessitating several pages of flashback material explaining this and her subsequent resurrection in the US city of Whitechapel.

It’s a place about to come under vampire attack, and Ellis constructs a viable reason why, while working in members of Vampirella’s relatively select rogues gallery. Ordinary to begin with, Ellis gradually opens his nasty and inventive mind and by the story’s end it’s a veritable temple of bloody horror. He may introduce Hemmorhage and his power to manipulate blood in arch fashion, but by the end of proceedings has conceived a viable new use for his abilities. It’s very clever.

As she did in the opening volume, Amanda Conner combines a style that’s approaching cartooning, yet is able to slip into the darkness frequently needed for a Vampirella story. Ellis’ plot also provides the opportunity to work with ornate architectural detail and she illustrates that beautifully, drawing on gothic influences for a shrine to Lilith. She’s even better on the coda, in which Ellis supplies a history of vampires from Lilith on down through the ages. Conner works in all kinds of designs from ancient cultures for some very decorative pages.

Mark Beachum mixing his styles on the final short piece isn’t as effective, although there are some nice individual illustrations owing more to the fine art than traditional comics. They’re accompanied by some incredibly sleazily posed paintings.

The Whitechapel story was previously issued as the Vampirella Lives graphic novel by original publishers Harris, but the additional content makes this the better buy, although considering Conner drew all but the final ten pages she’s been short changed by not receiving a cover credit.

Very few writers have been able to make something of Vampirella beyond her image, but just by attempting to take the concept seriously and applying some thought Ellis comes out ahead of most on this supposed ‘Masters’ series. Volume three is another try for Mark Millar.