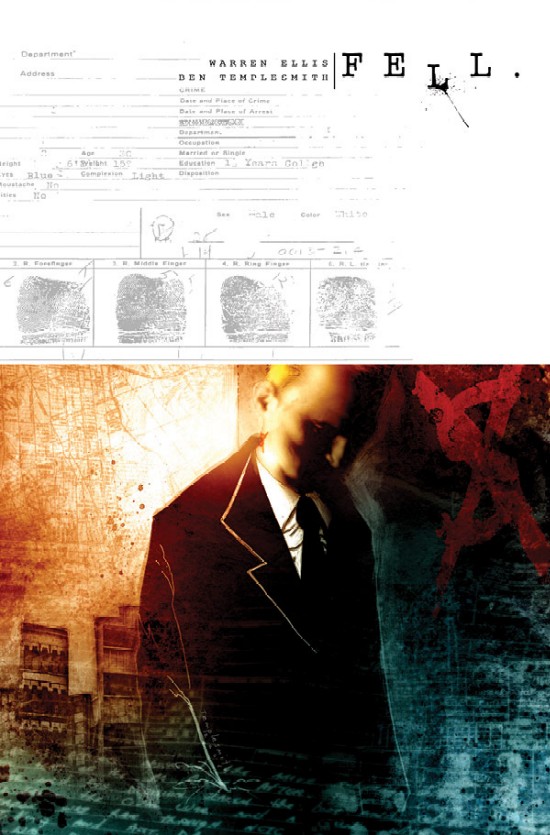 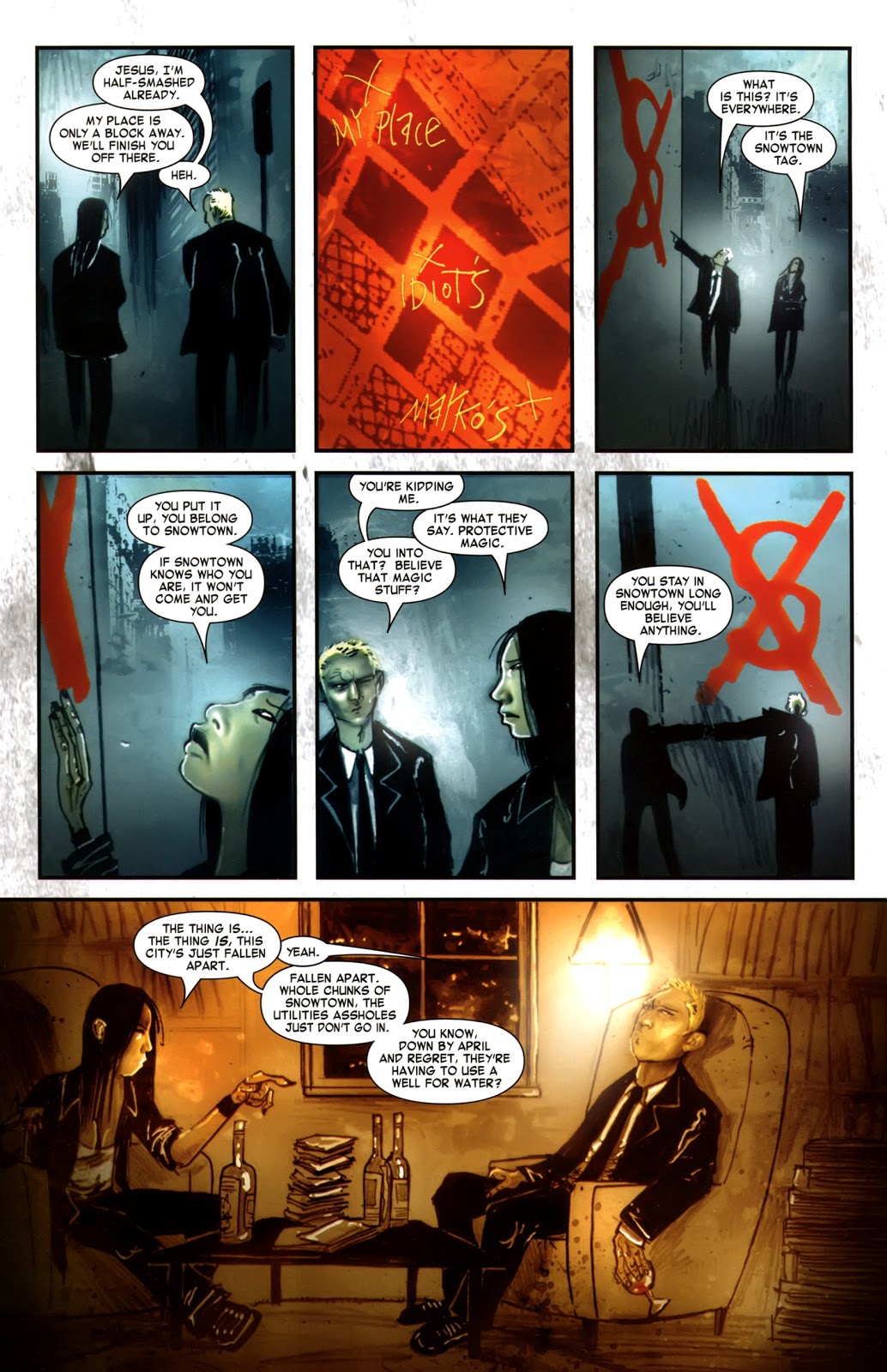 From writer Warren Ellis and Ben Templesmith, the artist best known for 30 Days of Night, you’d be fairly safe in assuming that there will be blood, and you’d be right: one can’t see Templesmith being asked to work on My Little Pony any time soon.

Homicide Detective Richard Fell, whose name can, of course, mean both ‘fallen’ and ‘otherworldly’, is reassigned “over the bridge” to Snowtown, the book’s eponymous “feral little city”. Snowtown is a dystopian version of a modern American city’s seediest district, peopled by characters that are almost Dickensian caricatures. Theie includes a crazy boss, a pathologist with a blacker-than-black sense of humour, who veers dangerously close to cliché, and Mayko, an Asian-American woman who owns her own bar, thereby ticking off two tropes of hardboiled detective fiction in one: the exotic dame and the barperson onto whom our protagonist can offload.

Fell is basically a combination of Sherlock Holmes and contemporary profilers like Fitz from Cracker or The Mentalist’s Patrick Jane, with a modern, mature-readers-only flavour: all self-harm, necrophilia and child abuse. If he has an obvious character trait, it’s that he cares too much, and this manifests itself in a number of ways, from trying to cut through red tape to taking it upon himself to beat up a suspect. Over the course of eight chapters Fell has to deal with a variety of ever-more unpleasant crimes, many of them based on real events. Occasionally Ellis wears his research on his sleeve, like when feels he has to explain what a ‘tell’ is, something which we’ve seen in countless books and TV shows of late.

A nun in a Richard Nixon mask appears periodically throughout the book, acting strangely. Well, how else would you expect a nun in a Richard Nixon mask to act? There are hints that her path (if she even is a woman) will cross with Fell’s at some point, although we are none the wiser by the end of the book. This is also true of allusions to some transgression of Fell’s resulting in his being moved. Ellis is right to hold back on this, as it gives Fell an air of mystery, playing into the dominant theme of everyone, including our hero, having secrets.

However, we can perhaps assume that it has something to do with Fell’s anger management issues, as he’s given to kicking the shit out of anyone who he thinks deserves it. Though this is understandable – and all his ‘victims’ undoubtedly deserve the punishments that he metes out – it does take it somewhat into the liberal-fascist wish fulfilment fantasy territory that Batman has occupied for so long.

The original comic publication was beset by scheduling problems, and has been on hold since 2008. Ellis talks of seven more parts (nine issues were published, the first eight are collected in this book) to complete the story, but it’s unclear when, if ever, they will appear. If this first volume is also the last, then it’s not a bad legacy. Well written, intelligent and with some really polished, if often deliberately unsettling, artwork.