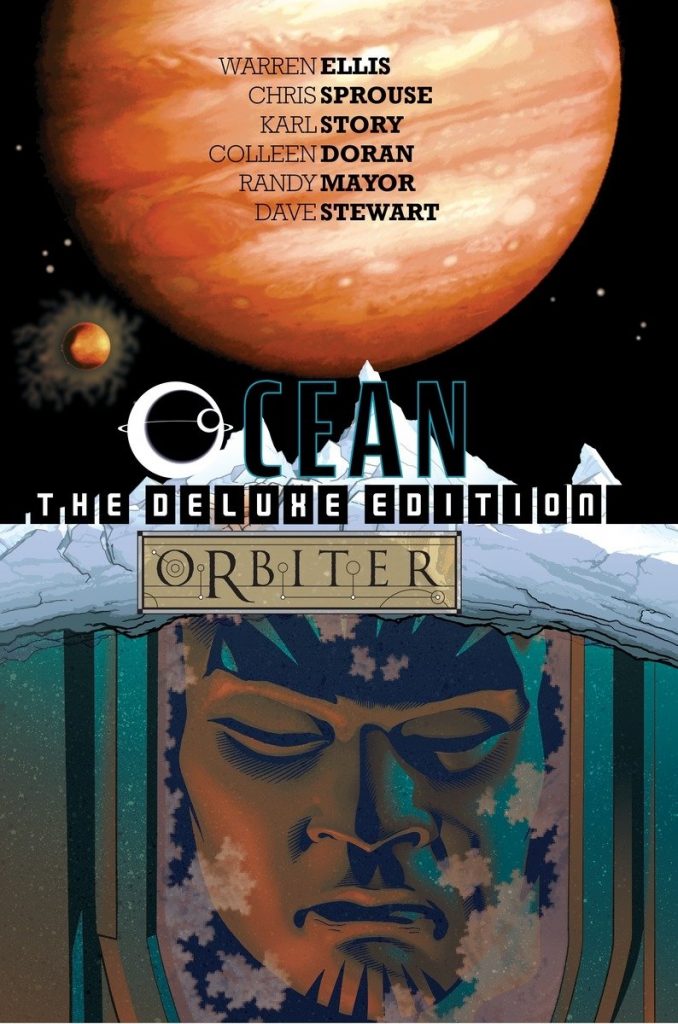 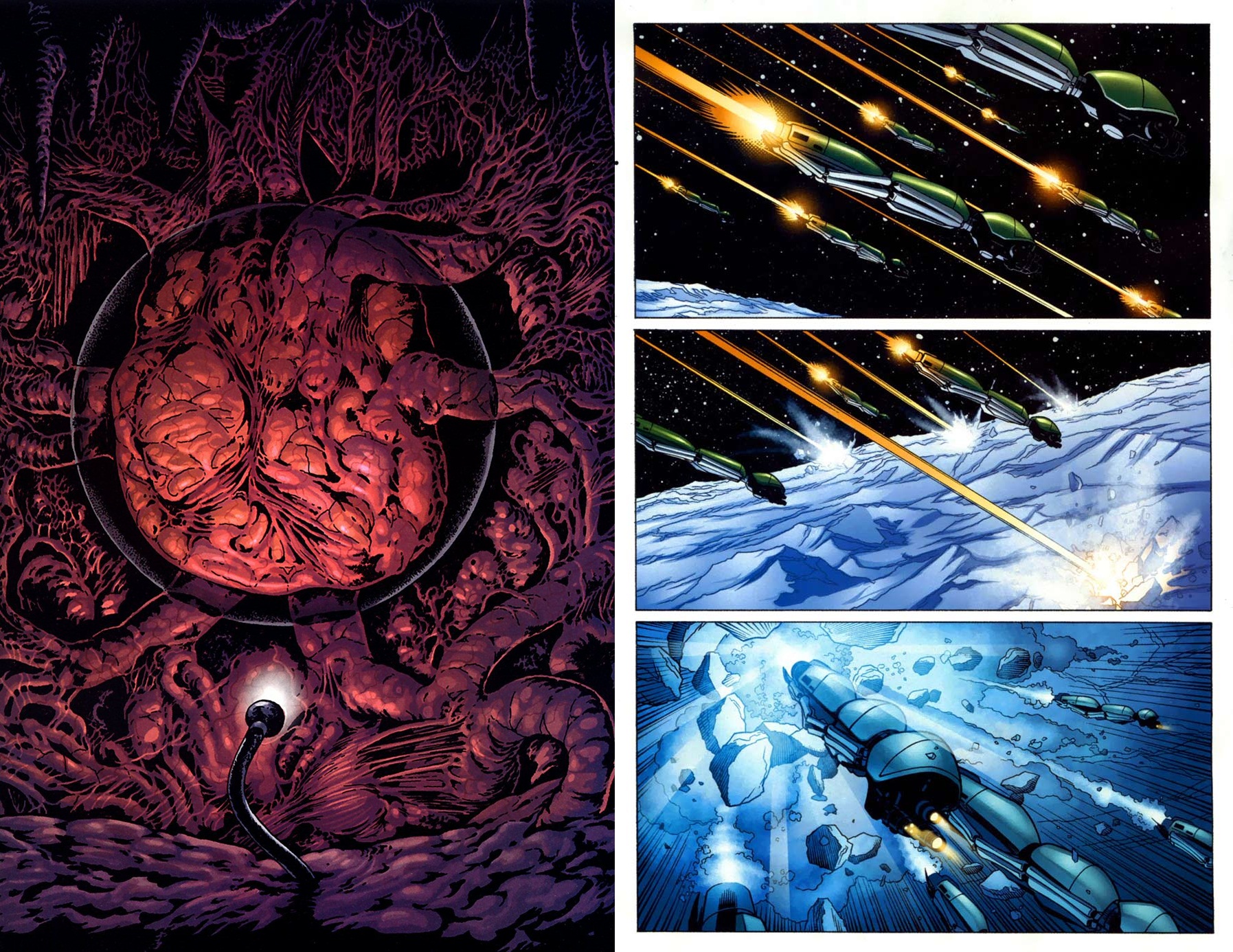 Warren Ellis blossomed relatively early into a surprisingly conceptual writer, and once he moved beyond the writing equivalent of his snotty teenage phase, he also became an incredibly thoughtful writer. That’s wonderfully displayed by this combination of two early 21st century projects Ocean and Orbiter.

It’s a pleasing pairing as while one is an action thriller and the other a mystery they share similar values and themes. Both rely on Ellis extrapolating on up to the minute scientific possibility, both have a sense of wonder at exploring what’s unknown, and both are optimistic, Orbiter a joyful work and Ocean slightly less so, but it can be taken as a warning parable.

In Ocean a conflict between the United Nations and corporate interests arises when coffins are discovered in the water beneath an ice enclosed moon orbiting Jupiter. Who the inhabitants in suspended animation are ultimately becomes secondary to the technology employed in their containment devices. UN Weapons Inspector Nathan Kane is sent to Jupiter without much in the way of a briefing, but he’s a wily and capable person, and needs to be to outwit corporate interests. Chris Sprouse makes everything look so good in his deceptively simple style, emphasising space and delivering the future nicely.

Colleen Doran’s art for Oribiter is very different, dark, cramped and grainy, which is impressive considering her usual style is closer to Sprouse’s work than this. As it’s a mystery there’s a need to sustain tension, and Doran provides a masterclass while simultaneously giving the cast an emotional depth. The mystery concerns the return of a space shuttle after ten years, seemingly guided home by a brain dead pilot. What follows is procedural detection, but with the emphasis on how and why over who. It’s Ellis’ plea for liberating the questioning human spirit and his underlining that there’s no substitute for actual hands on experience.

Both stories conceal their secrets well, and both are dependent on some understanding of science, especially Orbiter, and Ellis ensuring the less scientifically gifted can keep up leads to the only slow moments. It’s necessary to be inclusive, but the clarity comes at a cost. It’s worth it. Both stories are ambitious and intelligent, with something to say about humanity. They resonate, and the oversized hardback format does the artists justice as well.