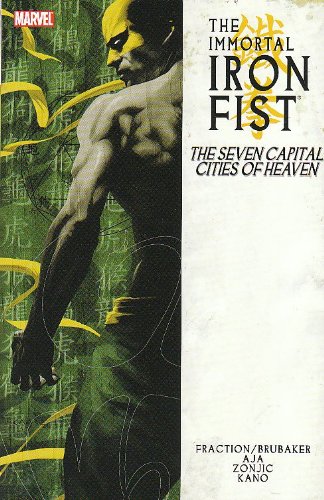 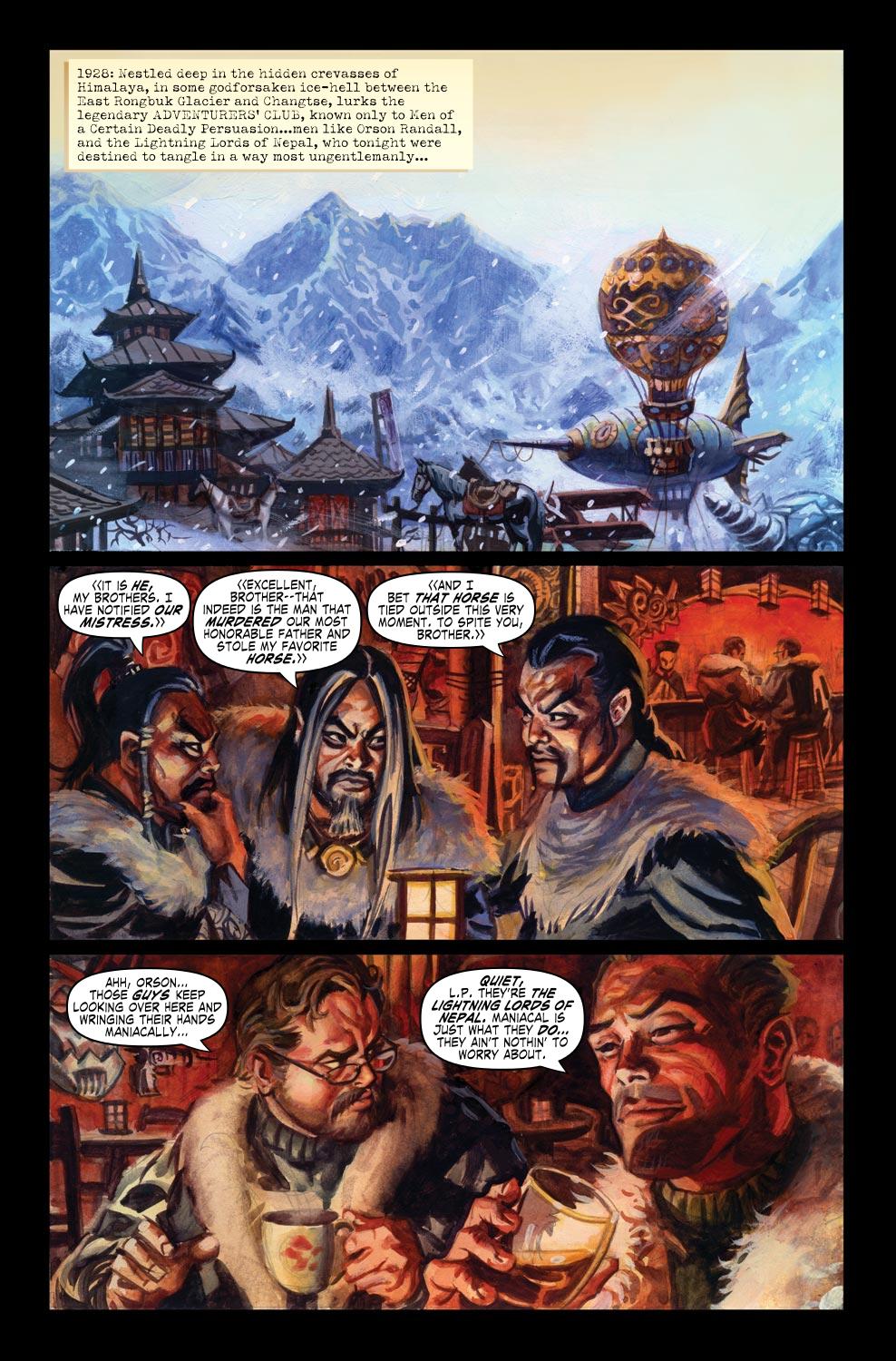 In The Last Iron Fist Story, Danny Rand learned plenty more about his background and heritage. The most pertinent aspects are that K’un Lun is but one of seven mystical cities, and that a duty of the Iron Fist as their champion is to represent the city in a tournament. All his training and discipline is to be pitted against the champions of other cities in this event occurring every 88 years as the stars align. This convergence unites areas of the seven cities, creating a venue.

We simultaneously further unravel the story of Wendell Rand, Danny’s father, who died attempting to reach K’un Lun while his young son survived. A third strand relates how an old enemy Davos, is allied with terrorist organisation Hydra to acquire Rand’s company.

Writers Ed Brubaker and Matt Fraction must have had a laugh conceiving the fantastic names for Iron Fist’s tournament opponents: Fat Cobra (who’d be seen again in Wolverine), The Bride of Nine Spiders, Dog Brother # 1… , and of the assorted martial arts moves: Jawsnapper in the Twilight, Whirlwind of Impending Doom, Burning Chi Thunderfoot… They also use the odd second person narrative captions that characterised the first Iron Fist material: “Your name is Wendell Rand, and you have been awake before dawn…”

Anyone who enjoyed the previous book should enjoy most of this. Seemingly random elements introduced there have a greater purpose, and David Aja’s dank Himalayan scenes in snowstorms are fantastic, and necessary for a plot that plays out amid persistent political intrigue. Iron Fist returns to K’un Lun for the tournament, but discovers a part to play in even more significant events.

There’s an interlude amid the combat and plotting where Danny learns about a predecessor while fending off a Hydra attack. The Batman: Thrillkiller team of Howard Chaykin and Dan Brereton illustrate alternate sequences, both on good form, but this lacks the subtlety that’s characterised the writing to date, tipping into more standard pulp pastiche. Iron Fist punching out a bullet is pretty cool, though.

Integral to the present are the events of the past as we see the progression of Wendell Rand and Davos from friends to bitter enemies as Wendell learns discipline. “Kung-Fu, Tae-Kwon Do, Jujitsu, Judo, these are not physical practices, but spiritual pursuits”, Wendell is informed as he begins his training, “This is not a school, it is a temple.” The worship, however, may be tainted. These flashback sequences are illustrated by firstly by Roy Allen Martinez, then Martinez inking Scott Koblish before Kano settles in for the remainder of the book. They differ, but all complement Aja without matching his standards. Sadly, Aja departs with the penultimate chapter, leaving the conclusion to Tonči Zonjić, who is as good as Aja, and the final pages to Clay Mann, who isn’t.

Around the halfway point pretty well all the manoeuvring slots into place, but having set up the tournament so well, all the participants other than Iron Fist drop into the background, and that’s a shame as they’re well crafted characters. Also a shame is that once all the information is to hand two chapters before the end, seeing everything play out to plan has the feel of going through the motions, and the purpose of the tournament in the first place drifts away entirely. There is, however, an intriguing hint dropped that will play into the following The Book of the Iron Fist.