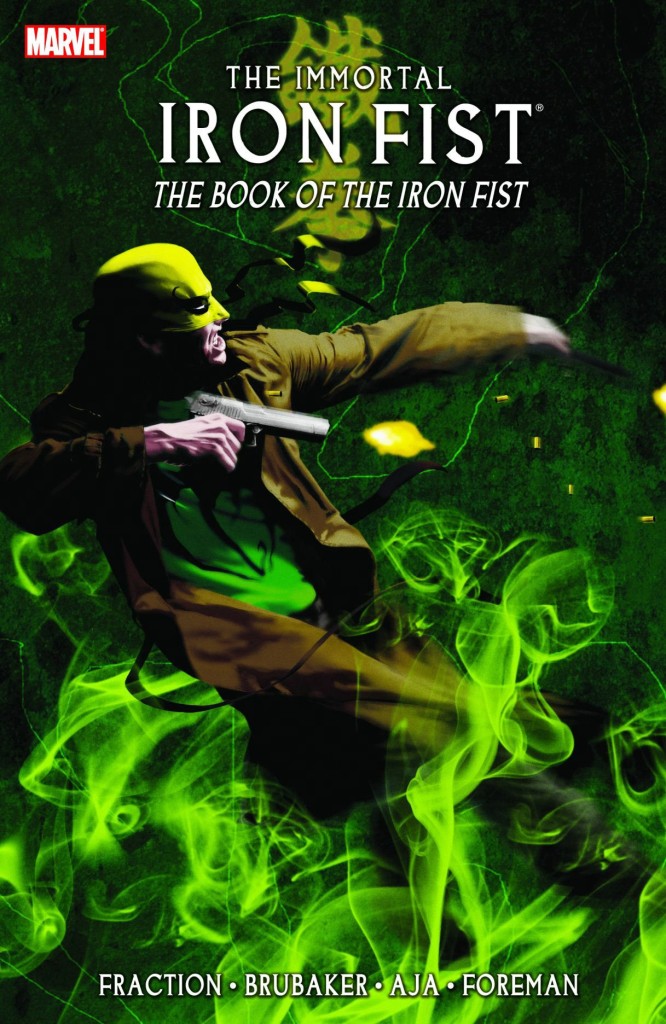 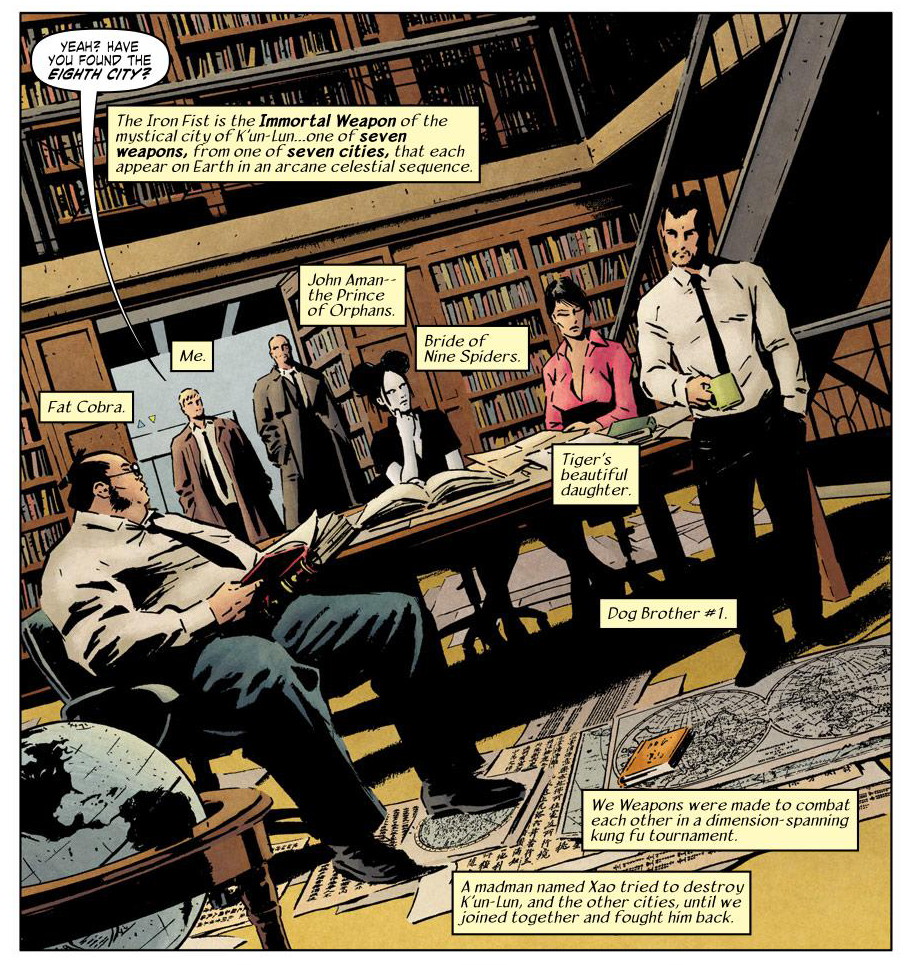 The concluding volume of Ed Brubaker and Matt Fraction’s Iron Fist series lacks the narrative thread of its predecessors and features very little Brubaker or artist David Aja. It’s an anthology honing in on the idea of Iron Fist as a dynasty, and largely spotlighting the previous wielders of the sacred force, their stories inscribed in The Book of the Iron Fist that Danny Rand inherited in The Last Iron Fist Story.

There’s a differing tone to each of the tales, but the unifying factor, down to Danny Rand in the present day, is that people might inherit the power of the iron fist in the mystical city of K’un Lun, but they’d prefer to exist in the outside world rather than remain as the city’s protector.

Wu-Ao Shi, the last female Iron Fist, lived in the Orient of the 15th century, and became known as the Pirate Queen of Pinghai Bay. Travel Foreman, Leandro Fernandez and Khari Evans pencil portions of her story, which therefore lacks a unifying tone. Her title was earned after vanquishing the previous ruler of the pirates, and her experiences play out as a morality fable. Engaging, but not compelling about sums it up, and that’s it for Brubaker in this book.

That rather sets a pattern. An entire platoon of artists illustrate Fraction’s ‘Orson Randall and the Green Mist of Death’. It’s a pulp fiction homage as Randall is tracked by an implacable foe: “Confederates, what you need to know is that some very powerful people want me very dead, and John Amah is the kind of guy that can make that happen.” No, it’s not subtle, and those enamoured of Iron Fist as a mystical martial artist may consider it pointless recasting him as a series of adventuring stereotypes. It’s nice to see any Russ Heath art, but it’s Lewis Larosa who’s both the most impressive and closest in style to Aja’s Iron Fist pages. Michael Allred’s cartooning also works far better than might be presumed. The plot eventually reveals a relevance connecting it to The Seven Capital Cities of Heaven, but that should be read first.

Bei-Bang Wen was Iron Fist in the mid-1800s, a strategist attuned with the spiritual aspects of his position, but severed from his power, as is a new ally. His tale takes place during the British occupation of India, with Fraction and Khari Evans imparting a lesson. Again, engaging, but not compelling.

We also have Iron Fist’s origin story from 1975, the brightness of which contrasts the present day presentation. It’s enjoyable hokum steeped in its era with the odd second person narrative introduced by Roy Thomas. Neither he nor the excellent Gil Kane are around for the second chapter, which isn’t as appealing. Len Wein dialogues Thomas’ plot, but he and artist Larry Hama lack the inherent dramatic pacing of Thomas and Kane. He’s not to be confused with Kano, artist of the three page introductory sequence.

Only the final tale ties into the ongoing continuity, as Fraction bequeathes incoming writer Duane Swierczynski one hell of a plot complication for The Mortal Iron Fist. Before then Danny Rand comes to a decision about his company, we revisit the crew that left K’un Lun with him and Danny chats with his closest friends. It’s devoid of action sequences, but a fine character piece and a fitting valediction for Aja on a series he shaped. It’s decorative storytelling at his best.