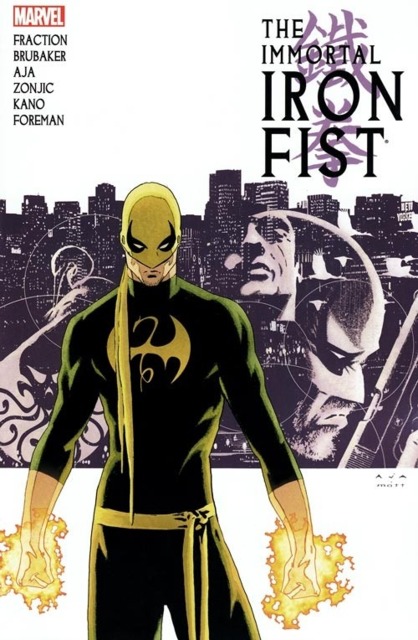 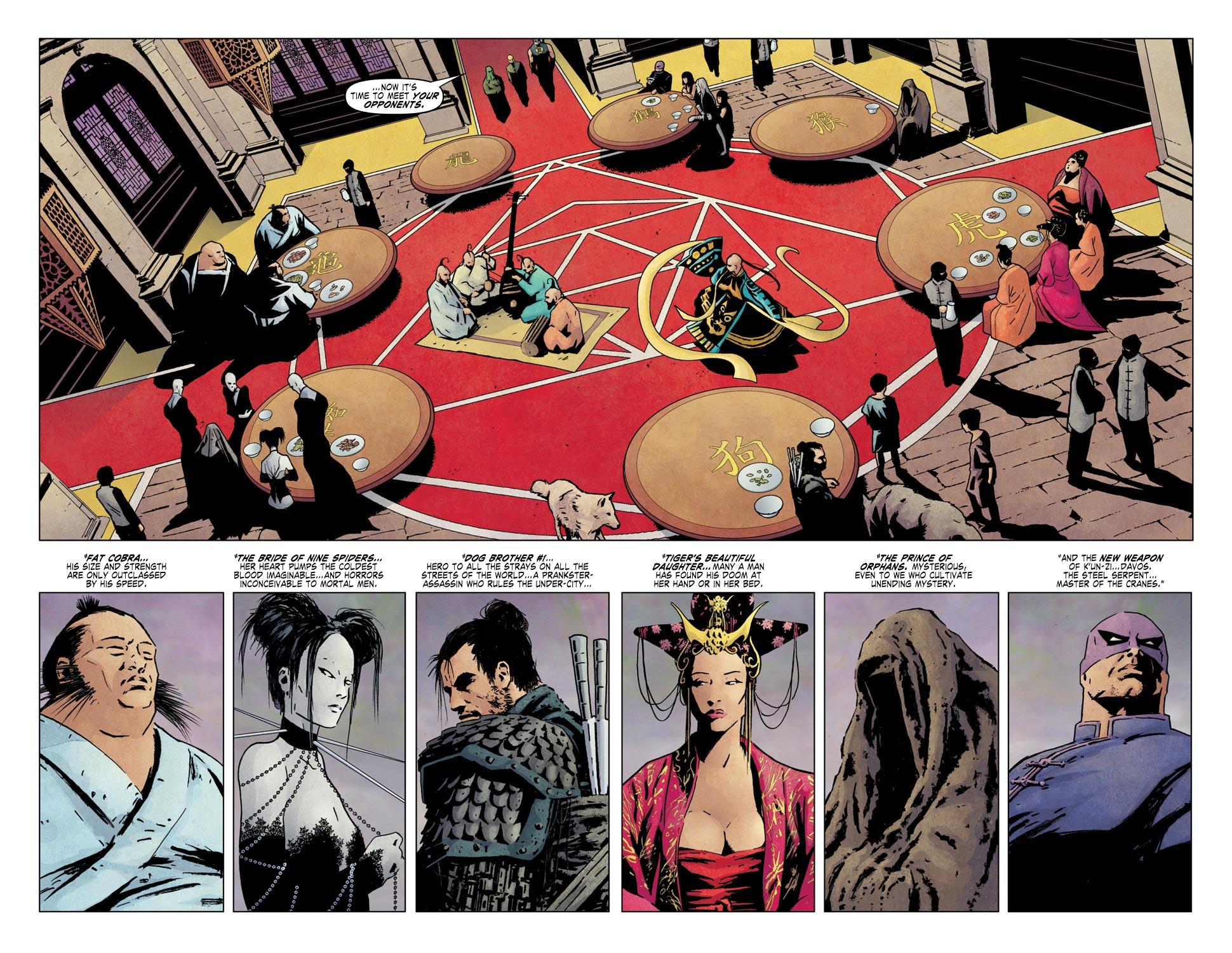 For much of Iron Fist’s career the attributes of the iron fist, a channelling of tremendous energy to a focal point, has been treated as a convenient superhero power. The approach taken by the writing team of Ed Brubaker and Matt Fraction is instead to embed Danny Rand within the mystical and spiritual culture that created him. His origins lie in the Himalayan city of K’un Lun, where it was established early on that the iron fist is a power endowed to the worthy to serve as the city’s protector. It’s also a tradition that has stretched back over the centuries, and there have been numerous other possessors of the iron fist, several of whom are spotlighted here. This is both as snippets within the primary narrative, and then in longer stories.

Integral to what’s established is the art of David Aja. His expansive layouts, balletic action sequences and gloomy, snow shrouded locales are extremely impressive, and characterise the series so indelibly that even the likes of John Severin, Russ Heath and Travel Foreman disappoint. The assorted guest artists illustrate the tales of previous Iron Fists, before Kano settles into the position of regular spotlighter of the past. The only artist who comes near to matching Aja’s facility and elegance is Tonci Zonic, who illustrates much of a key chapter.

The series opens with Danny Rand’s company under corporate attack, while in his costumed identity he’s targeted by terrorist group Hydra. This expands very pleasingly, with Danny learning more of his heritage and capabilities amid a plot of political intrigue that’s accentuated for being set within the mystical city. We learn that one of Iron Fist’s duties is to represent K’un Lun in a martial arts tournament every 88 years involving six other hidden civilisations, each with their own protector. These are marvellous creations, each bearing a distinctive name and wonderfully labelled martial arts moves. Along the way a previous enemy, the Steel Serpent, is decently reconstructed, his background weaved in with that of Danny’s father Wendell, and his further education: “Wu Ao-Shi could extend the Shoud Lao-Chi into arrows fired from her bow and it was written that her enemies fell as if lightning from God had destroyed them”.

We learn more of Wu Ao-Shi, the only female Iron Fist, but the previous bearers of the title it’s Orson Randall who becomes the most important. He departed K’un Lun prior to World War I, and his story is recorded with those of all others in the hidden Book of Iron Fist. Around two-thirds of the way through this collection those stories take precedence, and while largely well crafted they lack the compelling quality of the material involving Danny Rand. He’s back for the final chapter concluding the involvement of the primary creators in the series. Others take over in volume two, having been bequeathed one hell of a problem.

This hardback collection does display Aja’s art at its impressive best, but for those on a budget there are the three paperback collections The Last Iron Fist Story, The Seven Capital Cities of Heaven and The Book of Iron Fist. The latter could be considered inessential, being primarily tales of previous Iron Fists, but does contain the excellent valedictory strip.