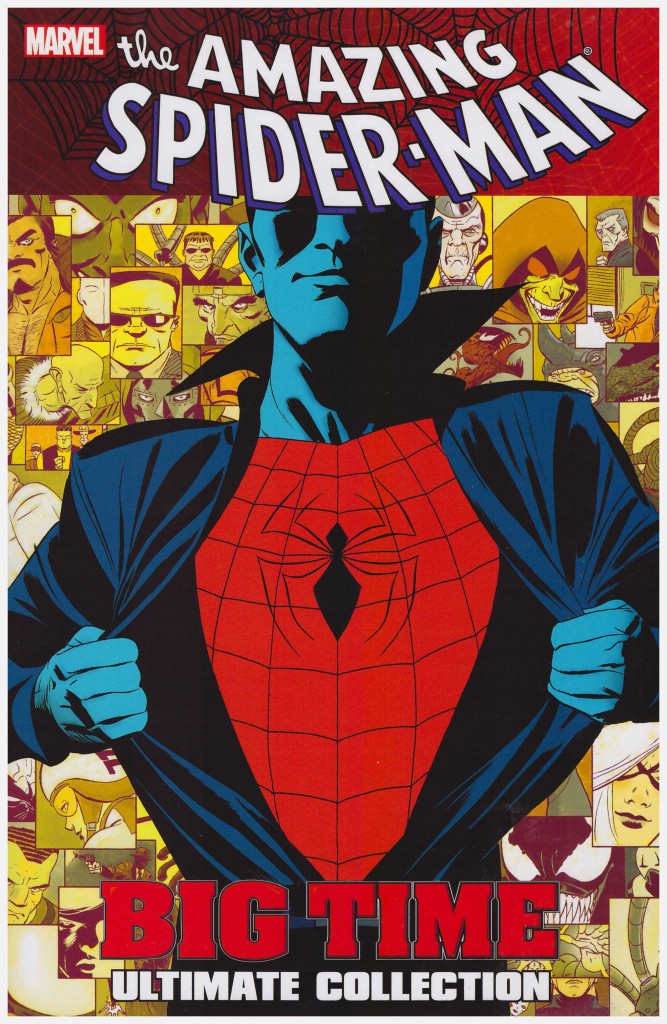 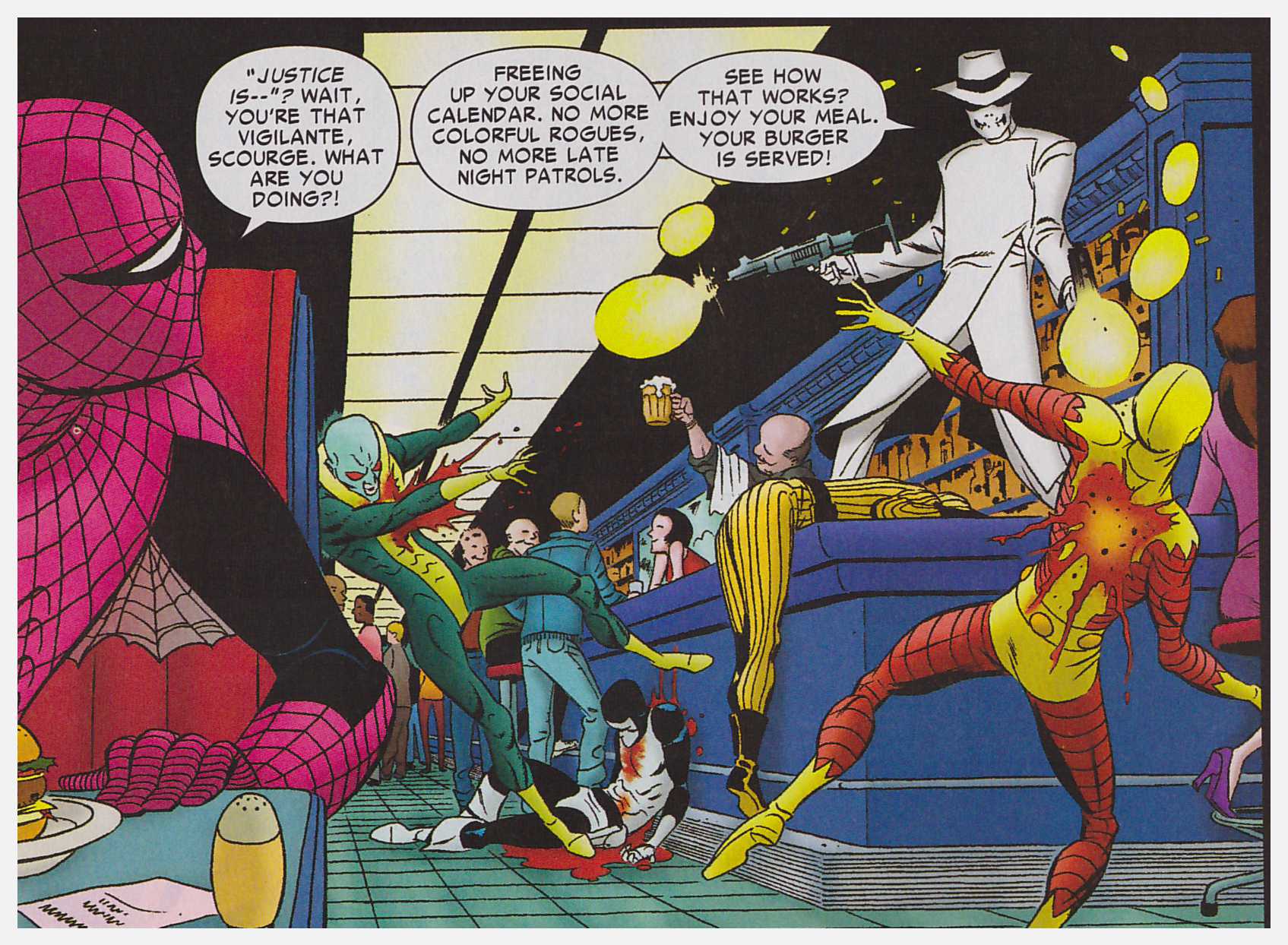 Following J. Michael Straczynski’s era-defining run on Spider-Man was always going to be problematical, but the solution of round-robin writers introduced with the Brand New Day sequence was more successful than many predicted. While little matched Straczynski’s run, neither did anything sink to the quality levels of the 1990s. There was one writer, though, whose work was consistently inventive, quirky, and memorable beyond that of other contributors. It made sense that if Amazing Spider-Man were to revert to a single writer, it was Dan Slott, and over his run he certainly delivered. This bumper version of Big Time, collects the earlier, slimmer Big Time along with Matters of Life and Death and The Fantastic Spider-Man.

It’s a patchy collection overall. For the most part that’s not Slott’s fault, as he doesn’t write everything, and the first third of the book is pencilled by the hugely divisive Humberto Ramos. He’s one of the great stylists of the current era, but whether that style is appropriate for Spider-Man is another matter altogether. His slim and athletic Spider-Man certainly harkens back to creator Steve Ditko, and he gives Slott’s new supporting cast a memorable look. On the negative side, there’s the exaggerations that just grate: big eyes, big feet, a spiky, jagged Hobgoblin, and the distorted poses. And the sexism police so infuriated by Milo Manara might want to have a look at Ramos’ Black Cat. What are presumably intended as cat-like poses instead come across as the worst kind of exploitative sleaze.

Matters improve when Stefano Caselli and then Marcos Martin take over for an arc in which J. Jonah Jameson plays a prominent part. Now Mayor of New York, his past comes back to haunt him in the form of new and deadlier Spider-Slayers. They’re the work of Alistair Smythe, engaged in enabling folk with a grudge against Jameson. It was Jameson who funded the original Spider-Slayers created by Smythe’s father, whose cause of death was linked to the radioactive materials used.

The events of that story have a debilitating consequences for Spider-Man and tragic consequences for others, and a Martin drawn sequence of Spider-Man having to adapt to his new circumstances is very good indeed. Slott and Javier Pulido supply a sprightly day in the life of the Fantastic Four, and Slott and Caselli’s tale of the FF investigating a dimensional breach takes a surprising turn, but thereafter under multiple hands the quality dips.

This is a frustrating collection. When it’s good, primarily with Slott and a suitable artist, it’s very good indeed, and when it’s not it’s ho-hum.