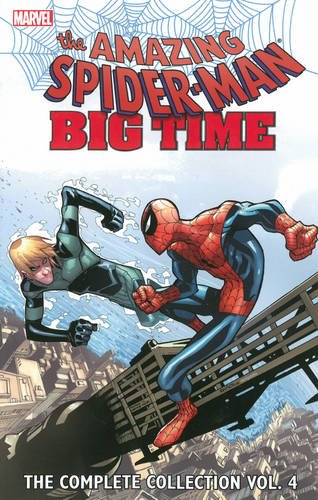 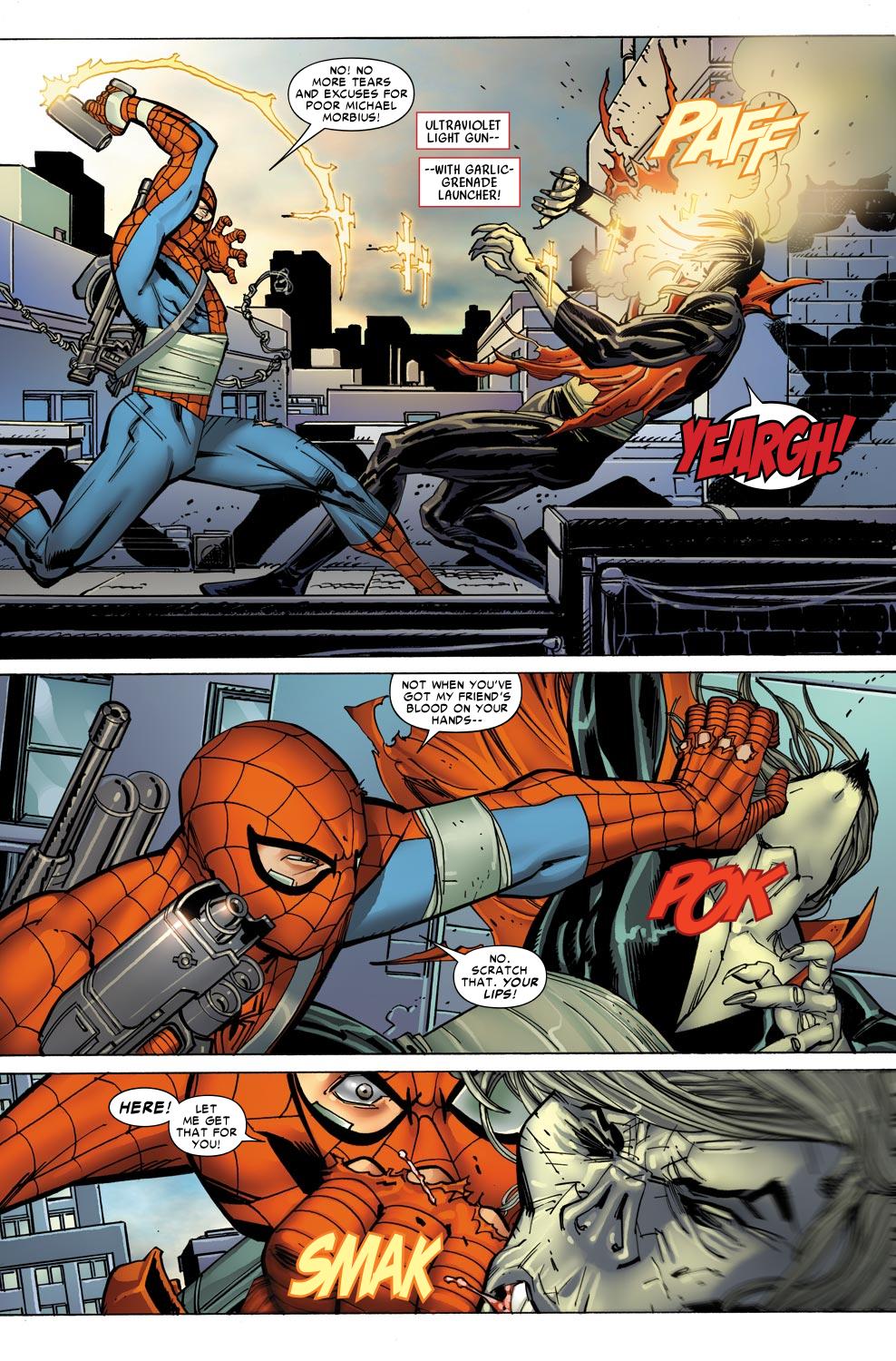 In terms of Spider-Man content this final volume is the slimmest of the four Big Time Complete Collections, but what there is supplies a decent dose of Dan Slott’s idiosyncratic and unpredictable Spider-Man.

We have three stories here, all very different in tone, which is always welcome. We’re not too far away from horror comics as the Lizard returns in the opening sequence. He’s always proved a troublesome foe due to the excellent problem set-up when the character was created. Dr Curtis Connors experimented with reptile DNA to restore his missing arm, and in that identity he’s a friend to Peter Parker, but the result of his experimentation was transformation into a savage reptilian alter-ego. Spider-Man instinctively holds back, while the Lizard has no such compunctions.

The scenario is complicated by the involvement of Michael Morbius, another scientist who cured his own condition, at the cost of becoming a form of vampire. Morbius isn’t bothered with scientific principles such as testing before use, and the serum he develops to cure the Lizard has a surprising result. Slott then takes the story into even stranger territory for a tense and excellent read, well illustrated by the solid Giuseppe Camuncoli.

We’re then introduced to Alpha, who begins as an update of Peter Parker at the start of his career, a nerdy kid who accidentally acquires enormous power. He’s a mirror image, though, far from the devoted student Parker was, and he develops differently, not having the brake applied by the realisation that with great power comes great responsibility. In Alpha’s case it’s accompanied by great ego. As he’s considered partially responsible for what Alpha has become, Spider-Man is appointed mentor. Humberto Ramos is the artist here, his distorted cartooning possibly not to all tastes.

As far as Alpha goes, though, some people might feel cheated at five chapters, roughly a third of the book, being devoted to Alpha’s later solo exploits. Take that attitude, though, and you’re cutting yourself off from what’s a fun time provided you can work your way past Nuno Plati’s odd designs. Joshua Hale Fialkov’s scripts improve the original Alpha, by adding insecurity.

Zeb Wells and Steve Dillon’s interlude story is a touching graveside chat between Peter Parker and Aunt May if taken on its own merits. Those concerned about continual character development, however, might note that the underlying emotional foundation was addressed by J. Michael Straczynski during his run on Spider-Man.

The final tale concerns the original Hobgoblin, who’s long been presumed among the deceased, but that’s not the case. Returning to New York he’s not pleased at his identity being usurped. Not the time, then, for Spider-Man’s spider sense to hit overdrive, warning him of everyday minor inconveniences as if an attack from the Hobgoblin, nor to be captured as Peter Parker. Christos Gage scripts over Slott’s plot don’t match Slott’s facility for dialogue that’s clever without ever sounding unrealistic, but that’s a minor caveat regarding an otherwise decent story. Giuseppe Camuncoli and Dan Green provide solid art, and elements foreshadow the following Dying Wish.

Those who prefer can find the content in slimmer paperbacks titled Lizard – No Turning Back, Danger Zone and Alpha: Big Time.