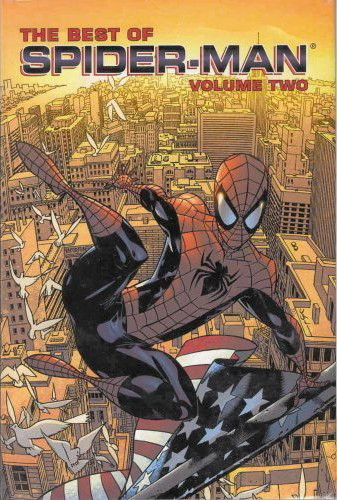 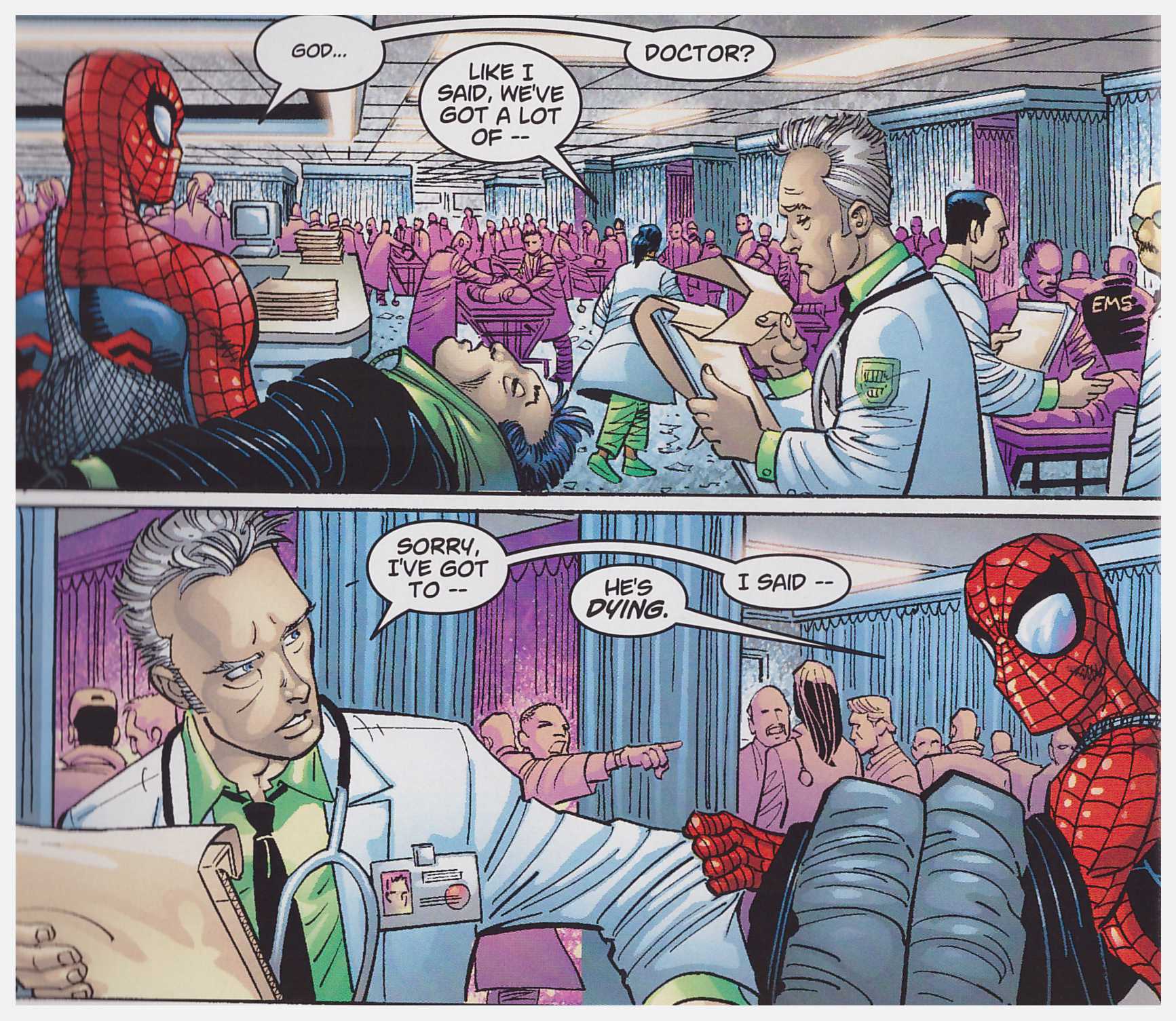 Spider-Man Homecoming: The Art of the Movie book
BUY NOW

This second hardback collection again covers the best Spider-Man stories of the year, this time 2002. Again it’s rather a mismatched selection in its attempt to cover all Spider-Man titles. In one J. Michael Straczynski and John Romita Jr. were elevating Spider-Man to a level of quality not seen in decades, and so it’s not an entirely level playing field from which to assess the remainder. A further divisive factor is the wildly varying art. Are those who like John Romita Jr’s solid storytelling, blocky figures and emotional nuances really going to enjoy the style employed by Humberto Ramos here, figures twisted, distorted and exaggerated for maximum impact? Likewise, the lively animation style cartooning of Darwyn Cooke is completely opposite to the static digital photorealism employed by Kaare Andrews.

Paul Jenkins and Ramos supply an extended game of cat and mouse between Norman Osborn and Peter Parker, leading to an unpredictable conclusion that makes little sense in view of what occurs to a long-standing member of the Spider-Man supporting cast.

The tale of two children’s encounter with Spider-Man by Andrews is a decent enough script, but the photo-realistic art lacks much in the way of backgrounds and the posed people distract. Altogether better is Cooke and J. Bone’s Valentine’s Day celebration featuring that Parker luck and a glimpse at a previously unseen side of the Vulture’s character.

The largest section of the book is what’s also printed in the Spider-Man Revelations and Until the Stars Turn Cold collections, and there are some stunning character sequences with Peter Parker and Aunt May, then with Mary-Jane Watson, a couple of heartbreaking endings, and a slam-bang battle with two Doctor Octopuses. Or should that be Doctor Octopi? Along the way a plot repeatedly used for cheap drama is buried once and for all, and there’s a nice guest appearance from Doctor Strange. At least one of these stories would genuinely rank among the best of Spider-Man over his entire printed life, never mind just 2002. 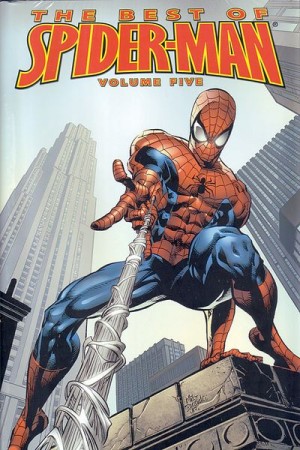