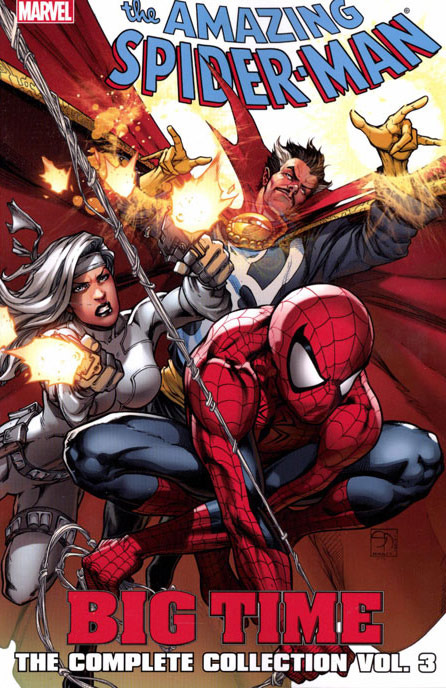 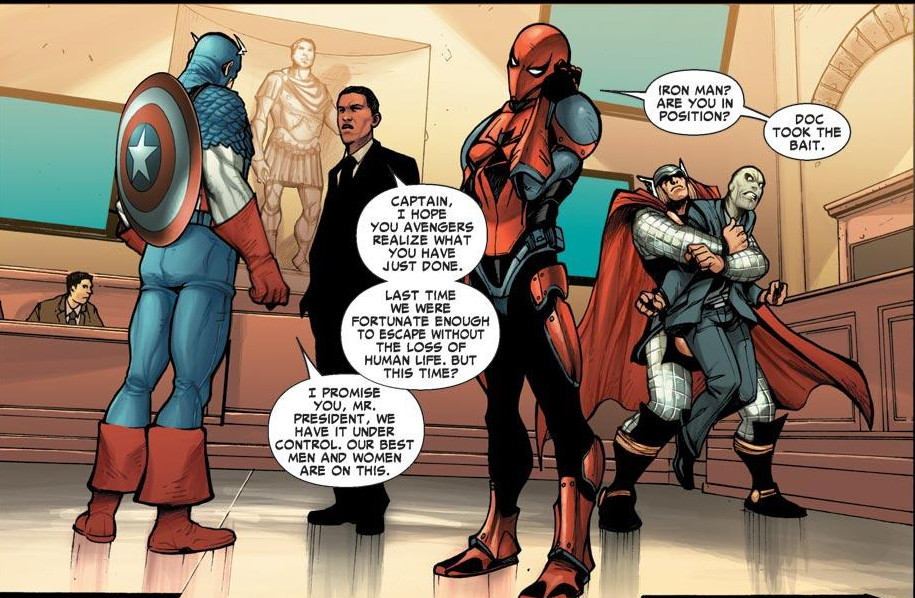 This third oversize collection of Dan Slott’s Spider-Man material gathers several smaller collections previously issued as Trouble on the Horizon, and Ends of the Earth. There’s also a Spider-Man and Daredevil story originating in Flying Blind (and additionally seen in the Daredevil collection Devil at Bay). As with previous volumes, it’s imaginative, page-turning superhero action throwing out numerous surprises and consistently good characterisation.

Three pencil artists share the bulk of the work. Humberto Ramos is an acquired taste. There’s no denying that he’s talented, but his bigfoot cartoon-oriented style leads to a distorted and angular Spider-Man. At least in these contributions he’s not depicting everyone with oversize wide-open eyes. Guiseppe Camuncoli, most often inked by Klaus Janson, is far more pleasing on the eye, and both he and fellow Italian Stefano Caselli deliver exciting storytelling also able to convey the human moments Slott’s scripts thrive on.

Of all Spider-Man’s regular foes it’s a dying Dr Octopus who features most regularly here. With his Sinister Six at one point he appears to have turned his reputation around from New York based villain to global saviour, with only Spider-Man really believing the leopard hasn’t changed its spots. It forms a tense few chapters during which the possibility might be that it’s Spider-Man’s instinct that’s wrong on this occasion.

As for Dr Octopus and his Sinister Six each of them is intelligently used and in some cases Slott reveals a new facet to their character. There are also guest-stars galore: the Avengers, Silver Sable, Black Widow, Black Cat, and Human Torch.

This collection isn’t just about super powers, though. Slott set Peter Parker up to work in tech company Horizon labs, placing science and development at the forefront of this stories, and supplied a sympathetic and supportive boss in Max Modell. They play a large part in both Parker and Spider-Man’s life, and contribute greatly to the ongoing entertainment. A particularly fine shorter story has one of Parker’s workmates inventing a doorway leading 24 hours into the future. At the first use a newspaper is retrieved from the office kitchen table, but the second is a hole in the sky above a devastated New York. Spider-Man spends a desperate 24 hours attempting to prevent that future occurring.

There are other writers at work. It’s clear Slott’s collaboration with some writers is based on a plot and dialogue basis, but if that’s the arrangement with Chris Yost, then he’s more capable. Mark Waid contributes the Daredevil team-up, elements of which will appear puzzling to those unfamiliar with Waid’s work on Daredevil, not least the Black Cat’s sudden affection.

Everything funnels toward an excellent ending sequence that Slott appears to have had in mind for some considerable time. While that doesn’t occur until the next collection, there are clues here, and it’s credibly set-up. 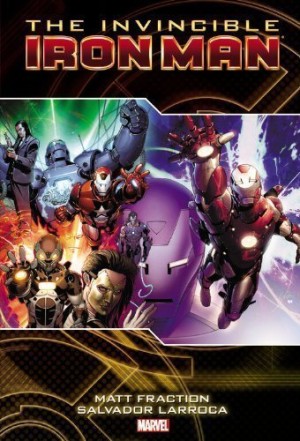