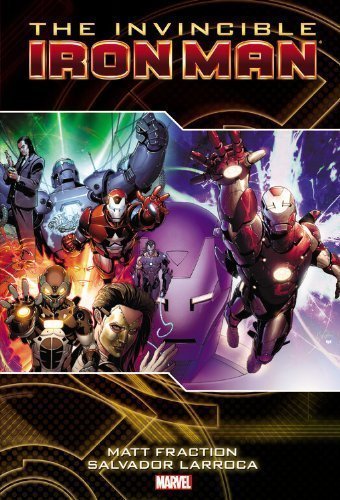 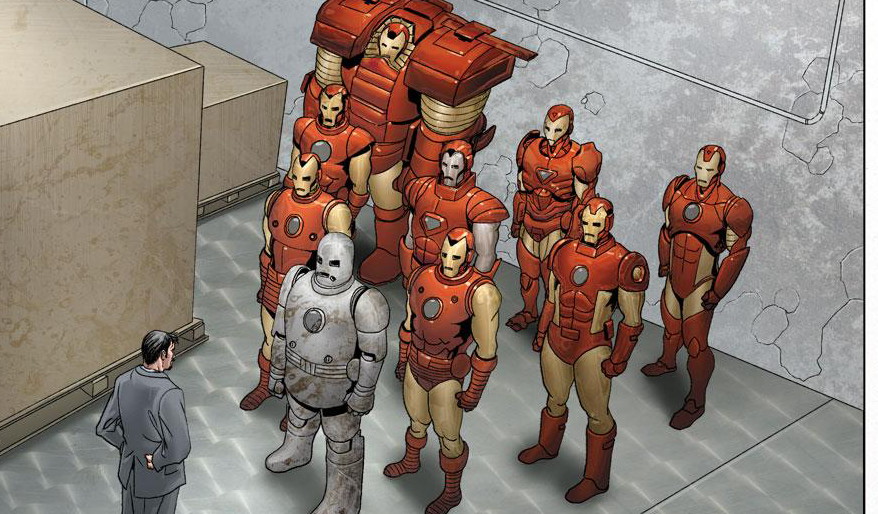 The culmination of the first oversize hardback volume saw Tony Stark in rather a bad way, and this details his recovery and how he strikes out in a couple of new directions. While it doesn’t quite match the thrilling intensity of ‘World’s Most Wanted‘ in volume one, this is still top quality superhero comics.

It’s actually all rather clever, as despite the book bearing Iron Man’s name, appearances by the armoured Avenger are actually extremely restricted until the final chapters. Matt Fraction weaves such a compelling drama around the life of Tony Stark that he becomes the headline deal, with his armoured alter-ego almost relegated to a sideshow. Don’t let that put you off. It could be said that the more sparing use of superheroics amplifies the thrill of them when they are used.

The first third of the book deals with Stark’s recovery. More astute readers will have already figured out elements of how this will occur, but it requires the help of several others, and Stark has enemies perfectly willing to exploit his precarious condition.

As previously, Salvador Larroca illustrates an astonishingly glamorous cast with poise, and the static effect of his photo-realistic art is diminished in this book. His technology is equally believable and his storytelling deft.

The world the restored Stark emerges into has changed somewhat, as has he. His more recent memories have vanished, and to an extent this absolves him of much that he’s done that’s alienated friends and colleagues. Fraction moves this Tony Stark closer to his movie counterpart by having him relinquish weapons manufacture, and he begins a new business marketing his repulsor technology via an energy friendly car, gathering many old faces to help him do so.

The Iron Man suit is given another upgrade, and it’s established that few others remain. Fraction delivers a package of surprises integrated into the new armour, not least how it’s instantaneously available, and then a spectacular battle as it’s taken for a test drive against a surprising foe with links back into the first book of Fraction’s run.

Fewer pages of Iron Man would matter more were Fraction not so deft at manipulating his cast. Both Pepper Potts and Maria Hill feature strongly, and both are aware of matters that Stark has now forgotten, which makes for an uneasy relationship between them. Jim Rhodes as both himself and War Machine features more prominently here, with his military credentials accentuated, again moving him closer to the movie version.

Fraction also excels at featuring ways even current technology can be incorporated into an Iron Man comic, and towards the end there’s a spectacular sequence in which a bunch of geeks believing themselves to be playing a game ap on their phones are actually attacking Iron Man. It’s a brilliant concept, and drawn by Larroca in a manner that references screenshots from games.

Those preferring can buy individual books titled Stark Disassembled and two volumes of Stark Resilient, but they’re very highly priced, at list at least, and the latter story reads far better as a continued run than artificially split. As there appears to be no third Omnibus forthcoming, the story continues in the paperback My Monsters.