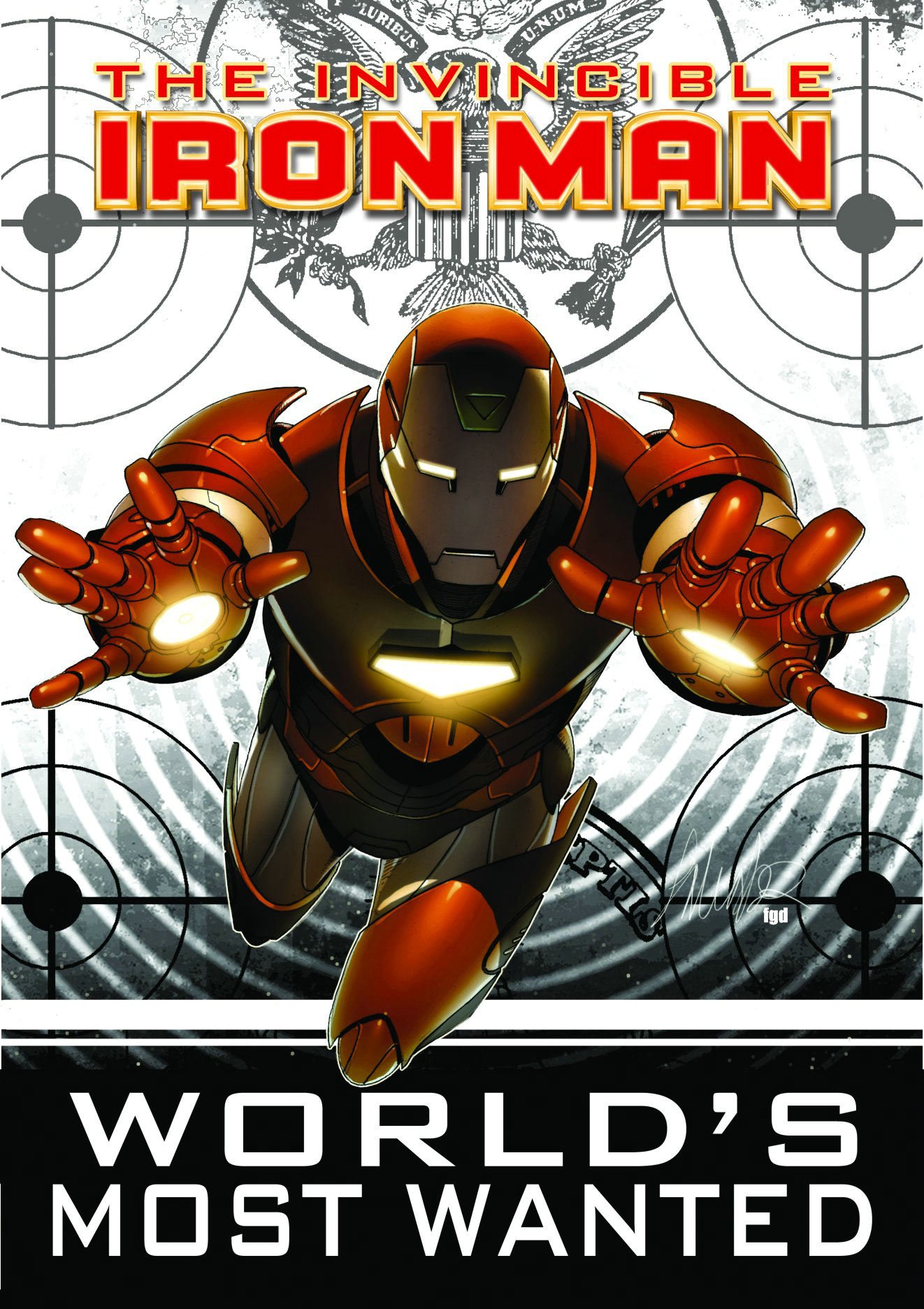 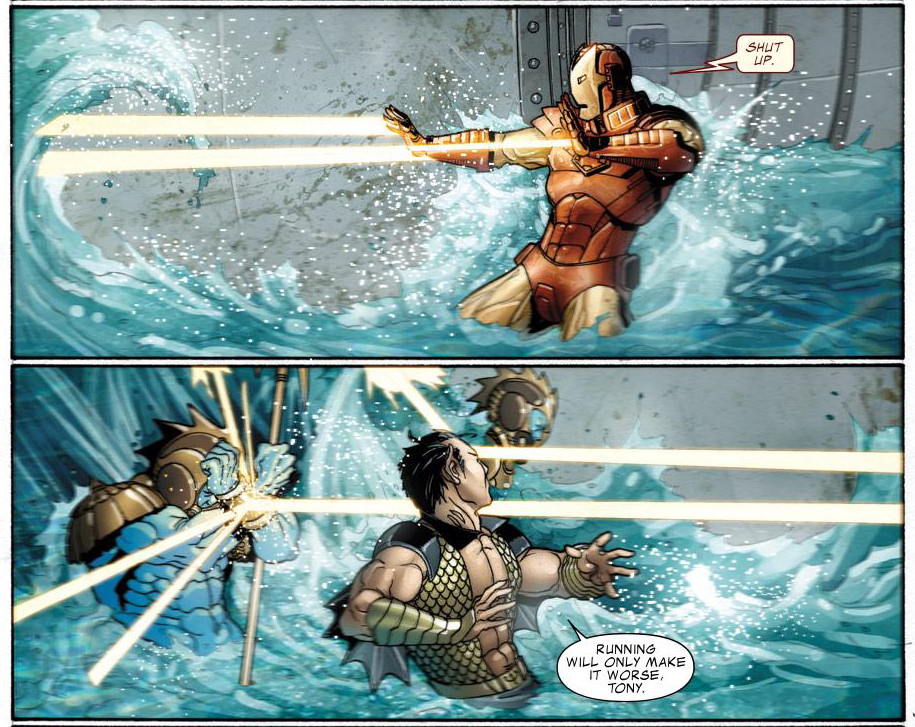 When you hear people raving about Matt Fraction’s run on Iron Man, and wonder why it won Eisner Awards, it’s here that the great leap forward begins.

There’s a big difference between Tony Stark as he was in The Five Nightmares, and here, the gap filled by Secret Invasion. The short of it is that Stark has resigned as director of protection agency S.H.I.E.L.D., which having been deemed to have failed in an hour of need has been replaced by a new organisation headed by Norman Osborn. Once the criminal Green Goblin, Osborn was seen acting decisively on global television thwarting an alien invasion, and has parlayed this into power.

Not that he’s a petty man in any respect, but Osborn’s priority is to access a database giving personal details and identities of many superheroes. Stark ensures this can’t occur, and Osborn’s response is to declare Stark a wanted man. This edict also applies to Maria Hill, his former deputy at S.H.I.E.L.D., and Pepper Potts, here upgraded from the capable and resourceful woman she always was in the comics to something more approaching the sardonic model of efficiency portrayed in the Iron Man films.

Matt Fraction sets his plots up nicely, and there’s a brilliantly paced sense of tension here, absent in the previous volume, as Stark, his allies, his company and his holdings are targeted by a relentless force. He’s nothing if not resourceful, though, and while there’s not much Iron Man seen in the opening half of the book, Fraction supplies a neat compensation for the remainder.

Salvador Larroca’s art is a double-edged sword. On the one hand his layouts, technology and action scenes are all first rate. It’s with the people that there are problems. He’s striving for a photo realism, and this means image manipulation. While it can offer a greater range of facial expressions, the results are sometimes static, and consistent likeness become problematical. Norman Osborn and Tony Stark are both very distinctively designed, and have remained consistent over decades and multiple titles, but Larroca’s method of image reference fails them. There’s no visual consistency from page to page. For story reasons Stark’s likeness becomes a secondary concern, but place his Osborn (any of them) next to any image of the character since the 1960s and it’s a completely different person. It’s an odd failing for otherwise accomplished art.

As this is an extended story it’s perhaps better consumed as part of the oversize hardback Invincible Iron Man Omnibus volume one, which also incorporates part two. In isolation here some elements appear to be meaningless diversions, but they do have a part to play in volume two.