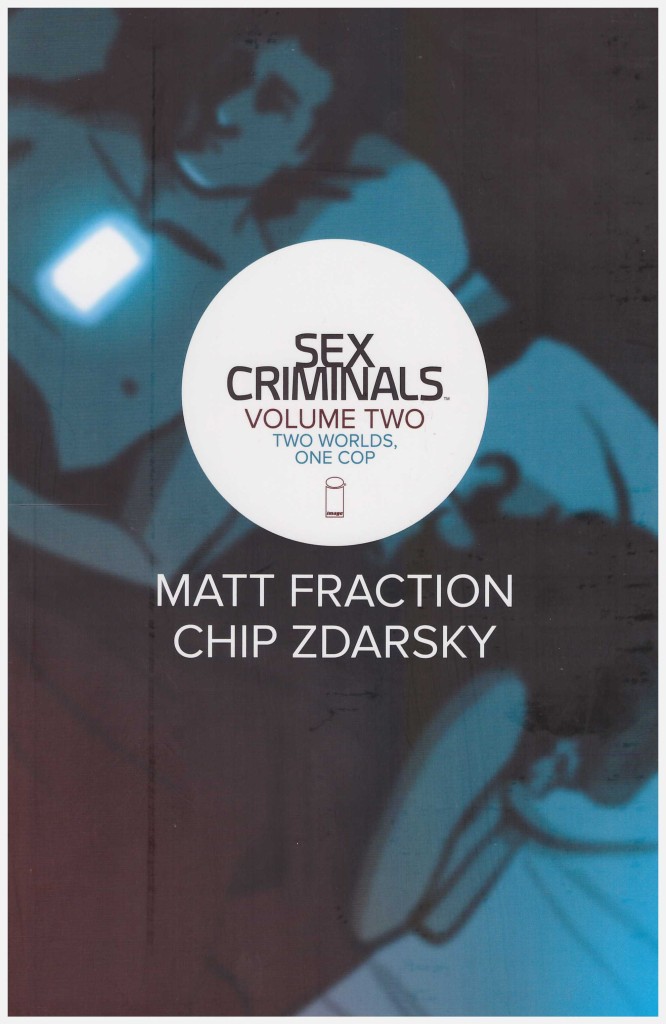 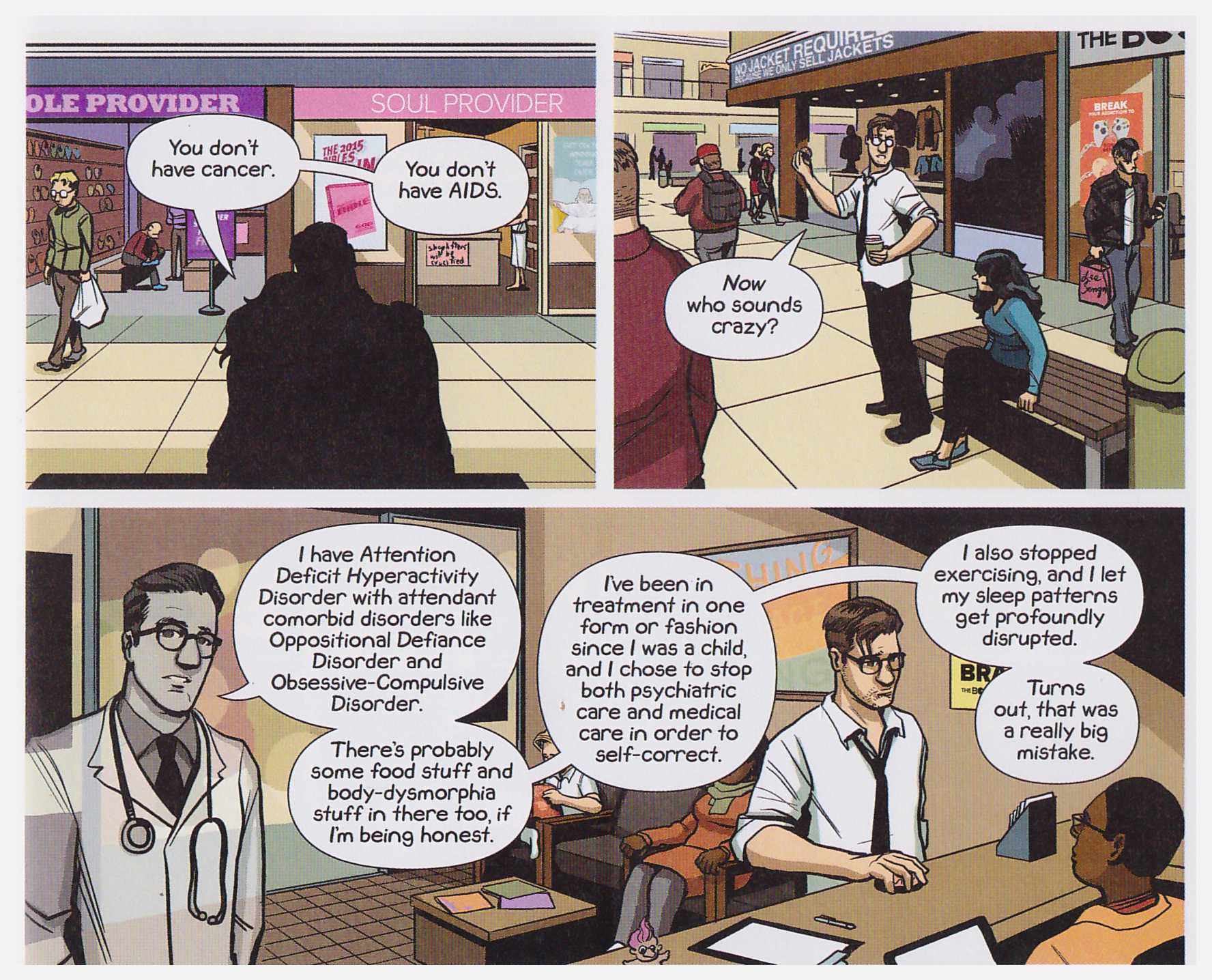 The first volume of Sex Criminals was very entertaining, and this is even better. It’s the work of a writer on top of his game having a lot of fun, matched with an expressive artist equally enjoying himself. Okay, some of the humour is puerile, but it’s very funny, and it’s still joyful to see sex treated so matter of factly in an American graphic novel.

There’s not as much of it as there was in One Weird Trick, partially because Jon and Suzie’s relationship has hit that awkward slight cooling as the hormones calm down a little and they begin taking stock. Part of the problem is that Jon’s off his medication, and while his conditions aren’t life threatening, they impact on a full enjoyment of all life has to offer. Meds also play a part in Suzie’s diminished activity, as going on the pill comes at a price for some women.

Matt Fraction’s roundabout storytelling method is ambitious, but confidently executed, with the start of a chapter not necessarily picking up immediately where the preceding one concluded, yet working it’s way back via flashbacks or chance meetings. The cast is expanded with someone known to Jon of old, and how that impacted his life at the time is a notable diversion.

Chip Zdarsky delights in plastering his backgrounds with whimsical signs that flow into the book’s theme (check out the bookshop), and he characterises the cast well. He’s particularly adept at the knowing glance, a useful technique in a graphic novel where the cast address the readers directly.

The bonus elements of the book include a hilariously obscene interview with the two creators, and a comprehensive and equally diverting section of sex tips. That’s very redolent of Britain’s Viz Comic, but it’s new to American material. Sex Criminals continues with Three the Hard Way.

This is also available combined with One Weird Trick as the first Big Hard Sex Criminals.