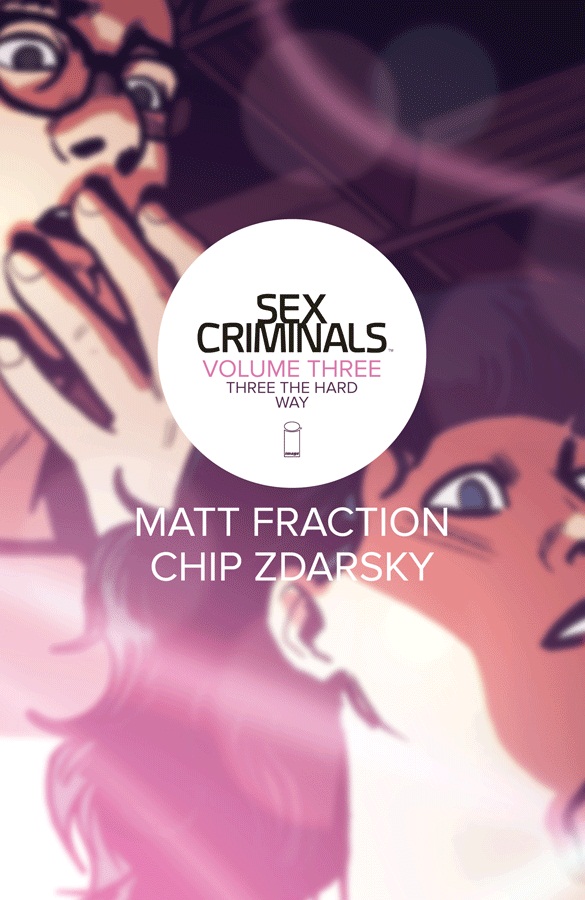 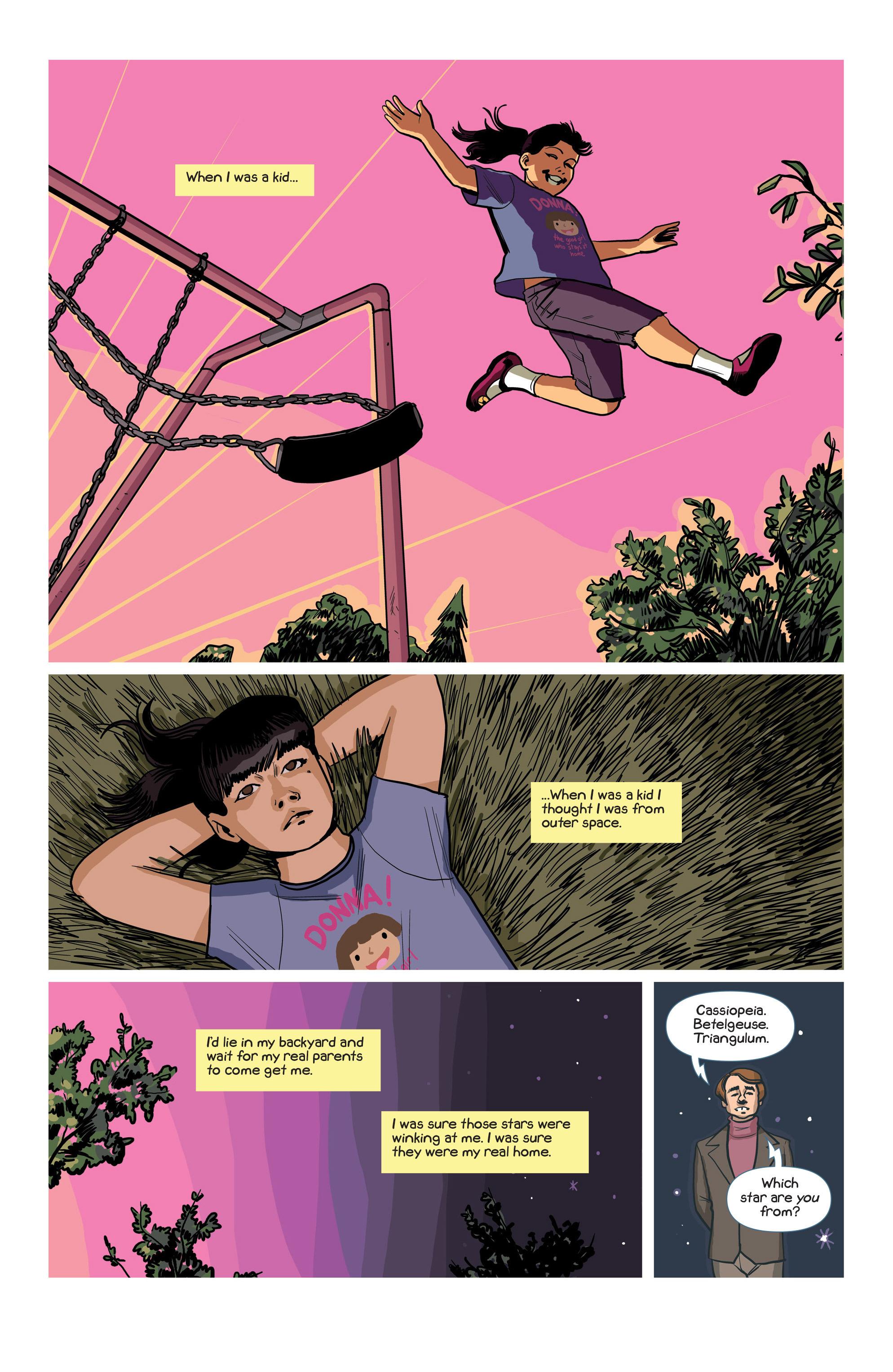 Over the first two books Sex Criminals has focussed pretty exclusively on Jon and Suzie and their shared trait of being able to suspend time when they orgasm. If that stops you in your tracks you’d better catch up by reading reviews of One Weird Trick and Two Worlds, One Cop. They’ve been pursued by self-appointed police tracking down those breaking the law when time stands still, but have acquired a file from them listing others who share their ability. The purpose of Three the Hard Way is to expand the cast.

The resulting sex scenes also expand the horizons and step above the chucklesome to the hilarious as we look in on the fantasies of others. Matt Fraction, though, isn’t just out to spread the laughs for Sex Criminals is very much the sugar coated pill addressing a number of issues associated with sex, equality and even feminism. We’ll all learn from this book. Want to know when the US outlawed female genital mutilation? It was 1996. The UK incidentally, has no cause to be smug, outlawing it 1985, yet the sole prosecution to date failed in 2015. A really good second chapter contrasts the uproarious and the profane via a convincing academic lecture, and Suzie and Jon misjudging what others are capable of. Unfortunately that chapter ranks way above the remainder, which has the feel of marking time.

To recycle what’s surely an old Viz joke, Chip Zdarsky holds his own. For an artist illustrating a comic revelling in sex he’s very subtle. Given the narrative theme it would be lying to claim there’s no gratuitous exaggeration, but his rendering of the cast avoids objectification. His storytelling is assured, and surely no-one has ever achieved a higher variety of penis to page ratio.

We’re introduced to more characters, the previous cast are fleshed out a little further, and we reach a crisis point concluding the book. That comes across as arbitrary, Sex Criminals being so far behind schedule that the marketing necessity of a third volume outweighed considerations of providing a full story arc. That, however, is far from the worst aspect.

Quite the jarring change of tone occurs. Up to this point Sex Criminals has been presented via the first person narrative of assorted characters with the occasional character speaking directly to the reader. Three the Hard Way is accompanied by additional meta-commentary from Fraction and Zdarsky, first some inserted captions, then an extended sequence of the creators discussing how to handle a scene. Insecurity is a common characteristic among the cast and we now discover it extends to the creators via an astonishing lapse of judgement in what’s been a very sussed series, leading to full brewer’s droop as we wade through this hand-wringing.

There are interesting ideas beyond the excellent chapter, an asexual character for one, but they’re buried in detail that’s too microscopic. Keep that fourth wall unbreached, please in Fourgy.