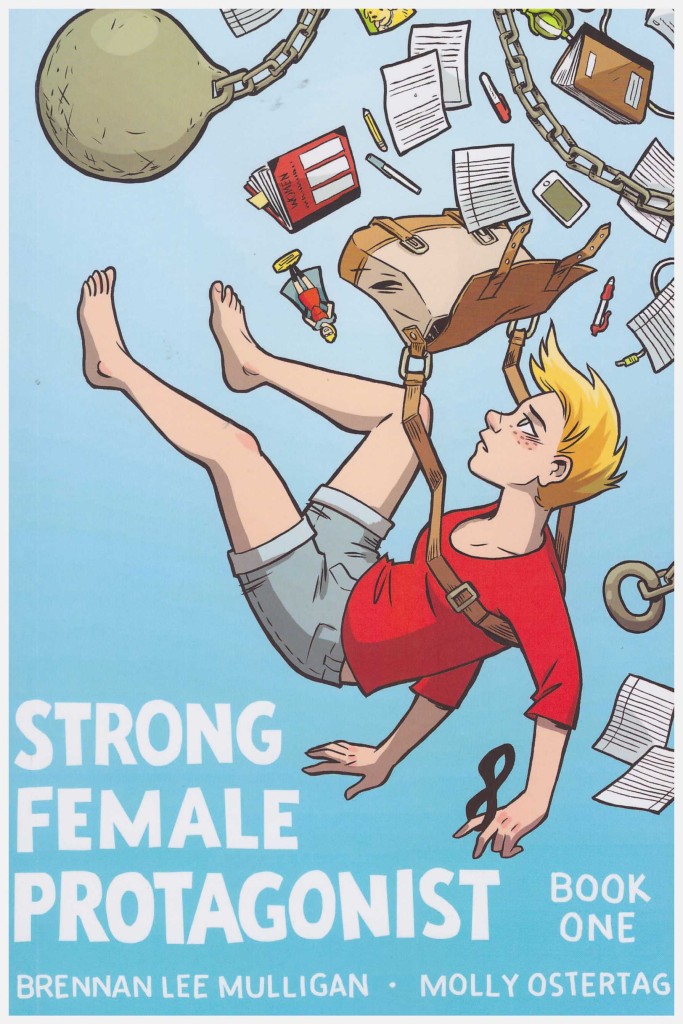 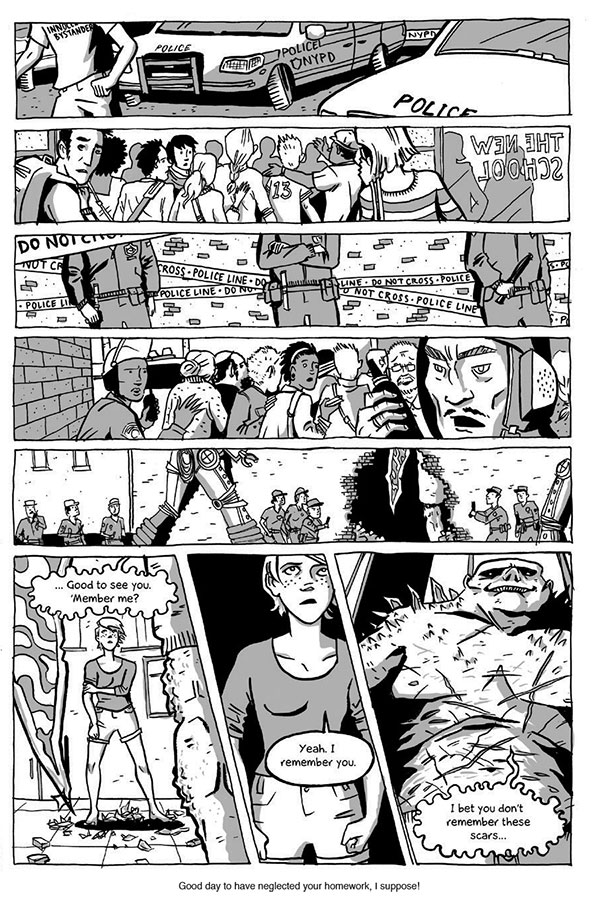 Strong Female Protagonist has such an intriguing title that there’s an initial disappointment that it starts off rather flat, but stick with it as Brennan Lee Mulligan keeps throwing in ideas that intrigue. Not all are new – he’s been reading his Kazuo Ishiguro for instance – but many are new to superhero comics. Which this is, and it isn’t.

We start with twenty year old Alison Green heading back to college, and her experiences are drip fed in stages as we continue. It’s no plot spoiler to disclose she developed super powers aged fourteen, then spent the next few years as part of a super team fighting villains. How that came to an end is one of those intriguing ideas, and more follow. It’s also revealed early that there’s a significant public ambivalence towards superheroes, and it gradually dawns that Mulligan is doing far more than relating the experiences of a former superhero, he’s digging at the foundations of ethical imperatives and career choices.

Once he’s started, there’s no respite, and it becomes obvious that some of the retread material at the start was required to set up the remainder. There’s a concentration on the current activities of the villains Alison once fought as Mega-Girl, and the use of all of them is well conceived and sustained.

Molly Ostertag’s artistic progression is on display as the story unfurls. Starting with an instinctive sense of layouts, and basic form of cartooning, she improves from static, posed figures to an emotional warmth and greater confidence that less is more.

Alison realised early in her career that super strength and invulnerability weren’t long term solutions to anything, and she’s motivated by a strong sense of social justice, of drawing attention to what’s wrong and why it should be corrected. It shouldn’t take too long to transfer that attitude to the world around us, so a subtext is that highlighting the problem is going a long way to doing something about it.

The book wouldn’t work if Alison didn’t come across as a likeable character with the uncertainties we all have. The final chapter provides a fair amount of background material as we see her growing up and how she shaped her worldview, although it also contains a first mis-step, a text message that no-one would send in the circumstances. It’s an odd lapse given how much thought has been applied to other aspects throughout. We’re also provided with more information about how Alison, and others, came to have super powers, and the American government’s response to that (very predictable in real world terms).

Strong Female Protagonist constantly prods at our conscience, yet is a sugar-coated pill. It’s probably best classified as targeted at the young adult market, but offers much to those older as well. This is prominently marked as “Book One”, and despite a Kickstarter campaign being required to transfer the strip from webcomic to print, there seems little doubt a Book Two will follow. Those unable to wait can catch up in colour here, while the strip is available from the beginning to anyone just wanting a sample.