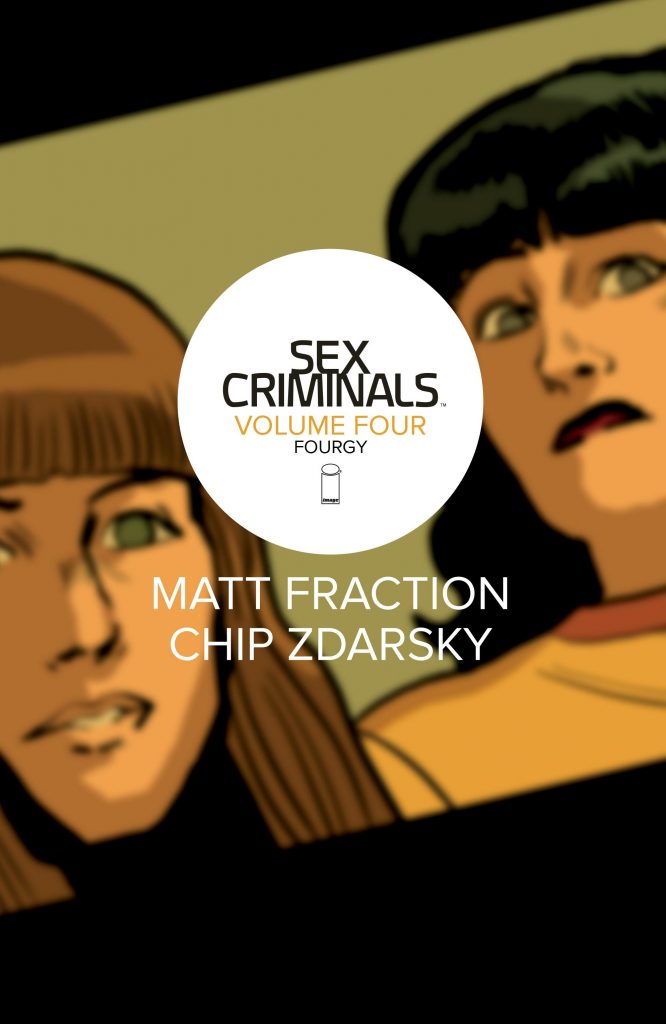 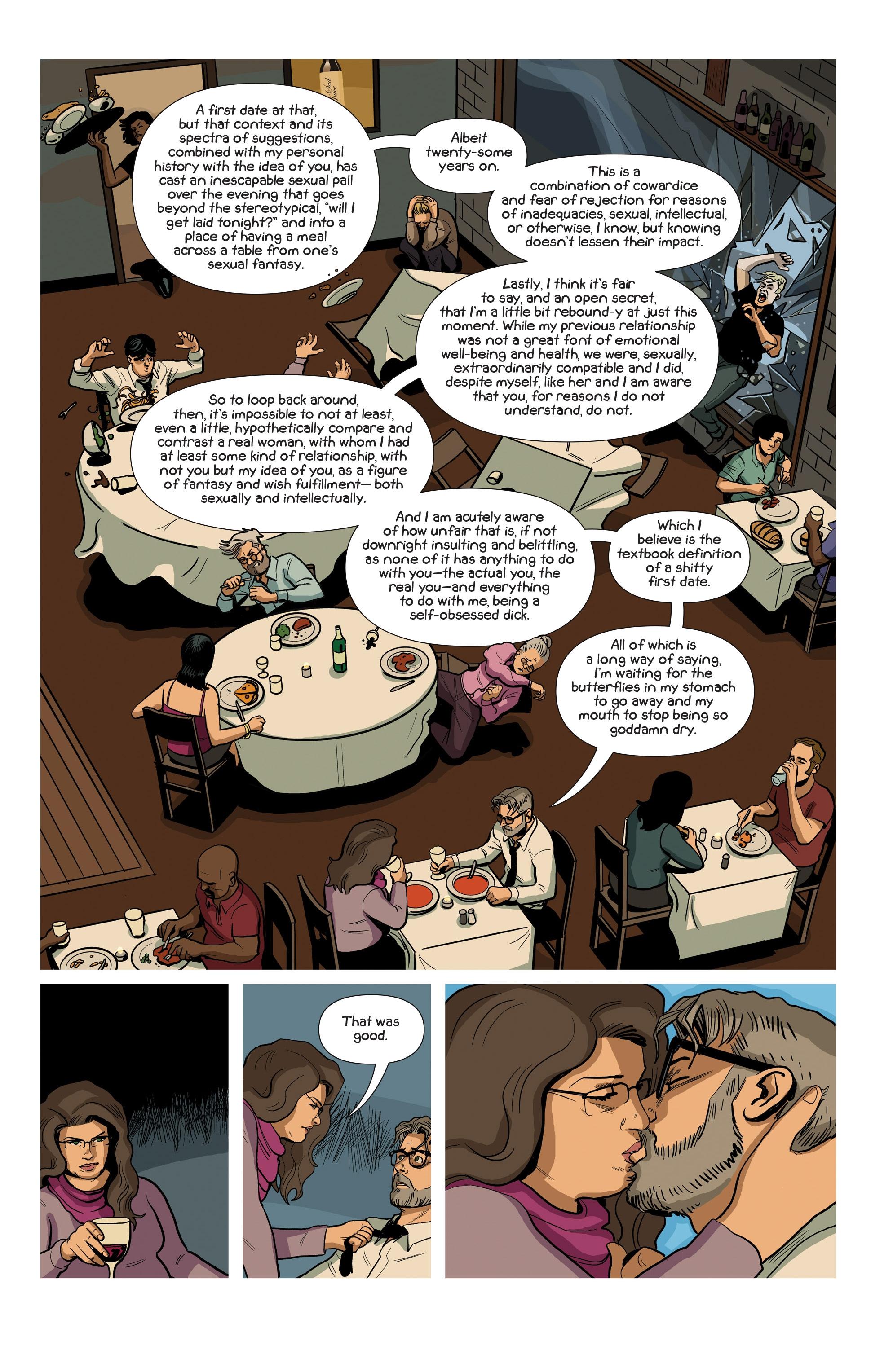 Fourgy continues the series habit of including numbers in the volume titles, and continues the less enthralling version of Sex Criminals started in Three the Hard Way. Any interesting points the series had to make about our society and attitudes appear to have crumbled by the wayside, the time-stopping is minimised and what we have instead is a holding pattern where the expanded cast all take a turn in the spotlight and their hang-ups are identified. This might not appear to be the case in a chapter devoted to Myrtle Splurge, self-appointed sexual cop, as she goes about her restrictive business, but her hang-up is power. Stifled in her day job, she gets off on being the total hard ass. Sex Criminals has gone from frequently hilarious and constantly surprising to a couple of good jokes per volume and few surprises.

The Wide Wiener Song gets its own explanatory essay in the bonus content, and quite right too. It’s Spinal Tap style, inneundo-laden filth of the highest order, but such moments are so rare. Writer Matt Fraction needs to prod the plot forward from people either earnestly explaining themselves or being unable to do so. There are occasional spurts, such as the corporate wank speak of Kuber Badal, and the sample page, but compared to the energy and spirit of the opening volumes, Fourgy is dry, very dry.

Still, Chip Zdarsky’s art remains good, and he’s commendably diligent in including little background jokes. Don’t let those window displays or shop signs go by, because they provide the laughs you won’t get from the script. Take a look at the sample page. There is a reason for the massive dialogue dump as a character whose verbal input is customarily minimal suddenly unburdens himself, but in having to create the space for that amount of dialogue Zdarsky’s solidly inventive with the page. The interaction between the two characters involved turns out to be the most interesting in Fourgy.

Fraction has earned some amount of trust with his quality work on this series to begin with, and less off the wall series elsewhere, and by the end of the book he looks to have upped the pace again. Let’s hope so.