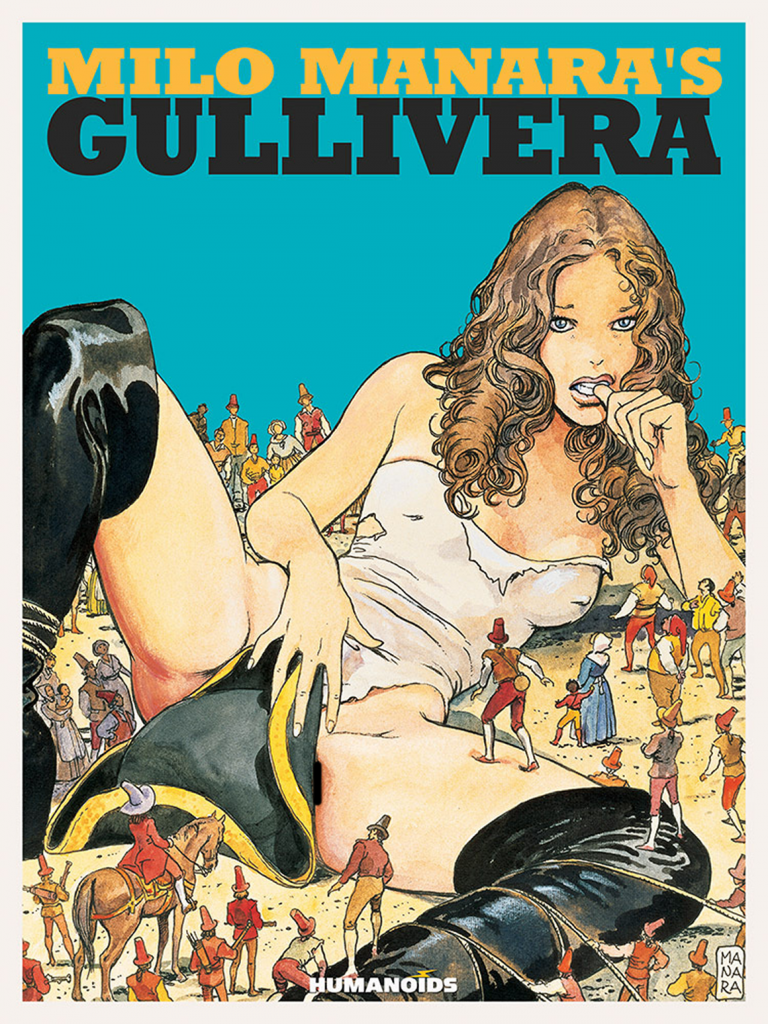 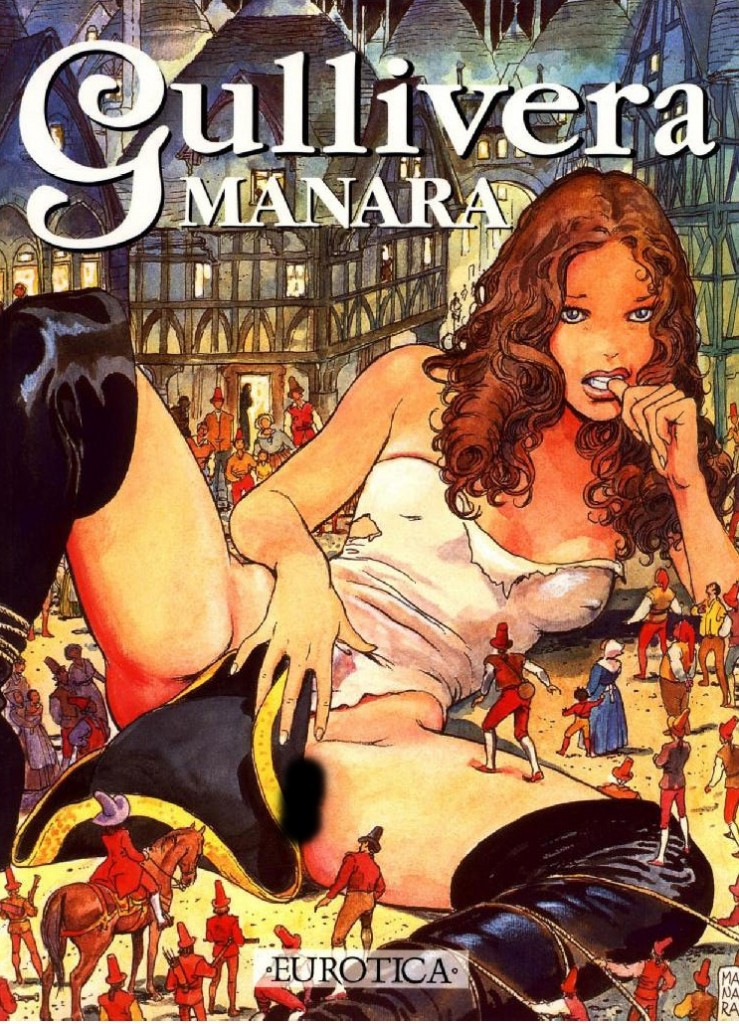 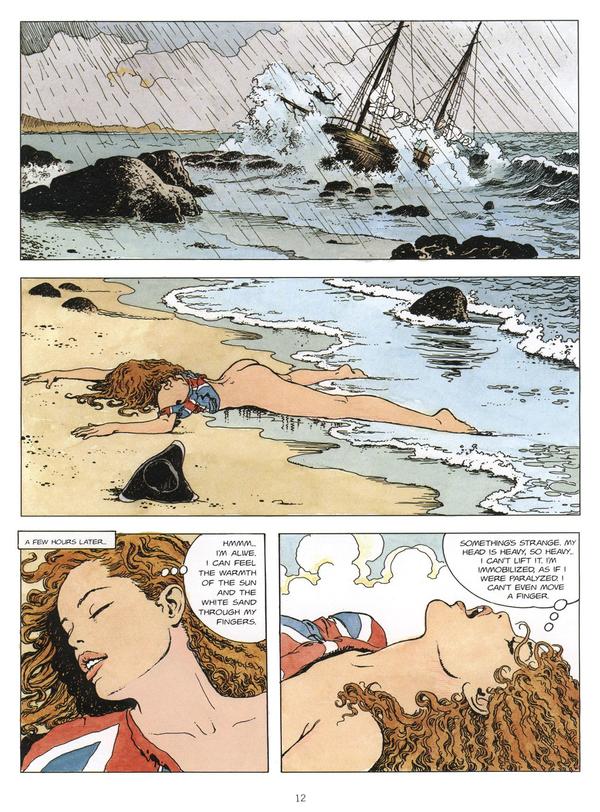 Gullivera is a really lush piece of erotica from Milo Manara, opening with a beautiful page of our heroine at a secluded beach staring out at what seems to be an antique sailing ship in the bay. She’s the typical Manara fantasy woman, slim, tall, with small breasts, permanently erect nipples and long curly hair, as found in so many of his other works. A mishap sees her take shelter on the deserted boat where she finds a copy of Gulliver’s Travels and begins reading. Before you know it there’s a storm, a shipwreck and our naked heroine awakens being pegged to a beach by an army of the tiny Lilliputians.

It’s among their society that Manara lingers the longest. He doesn’t reduce their society to the levels of pettiness that Jonathan Swift did, but Swift provided several of the incidents included. Gullivera dealing with an invading fleet and subsequently putting out a fire in the palace by the only method available to her are recontextualised erotically via her nakedness. Advisedly, any sexual satire concerning the society of intelligent horses, the Houhyhnhnms, is rapidly and discreetly glossed over in a page.

Unlike Swift, Manara’s purpose isn’t to satirise society and its foibles, so he takes the fantastic situations Swift created as the basis for sexual adventure. In common with most of Manara’s heroines Gullivera has no concerns about displaying her body, and is endowed with a healthy sexual appetite, but Swift’s settings confer not only striking visual imagery, but imaginative locations. While the art lovingly lingers on Gullivera, worshipping her nubile perfection, Manara equally puts the effort into the surroundings. The shipwreck opening the sample page is a lovely piece of illustration, and it’s preceded by a full page of the boat in spectacularly rendered stormy waters. Later scenes with the boats are equally impressive, as is Gullivera fencing with a giant rat in a form of pirate costume. That, however, isn’t Gullivera’s primary purpose, and the book features the full range of exotically posed naked and near-naked women illustrated with Manara’s gorgeous thin lined naturalism.

Two editions are available. For those who can afford it, the2016 oversized hardcover from Humanoids best displays the art, but the 1996 Eurotica edition is perfectly fine. In black and white and with a different translation, Gullivera forms part of the third Manara Erotica volume.