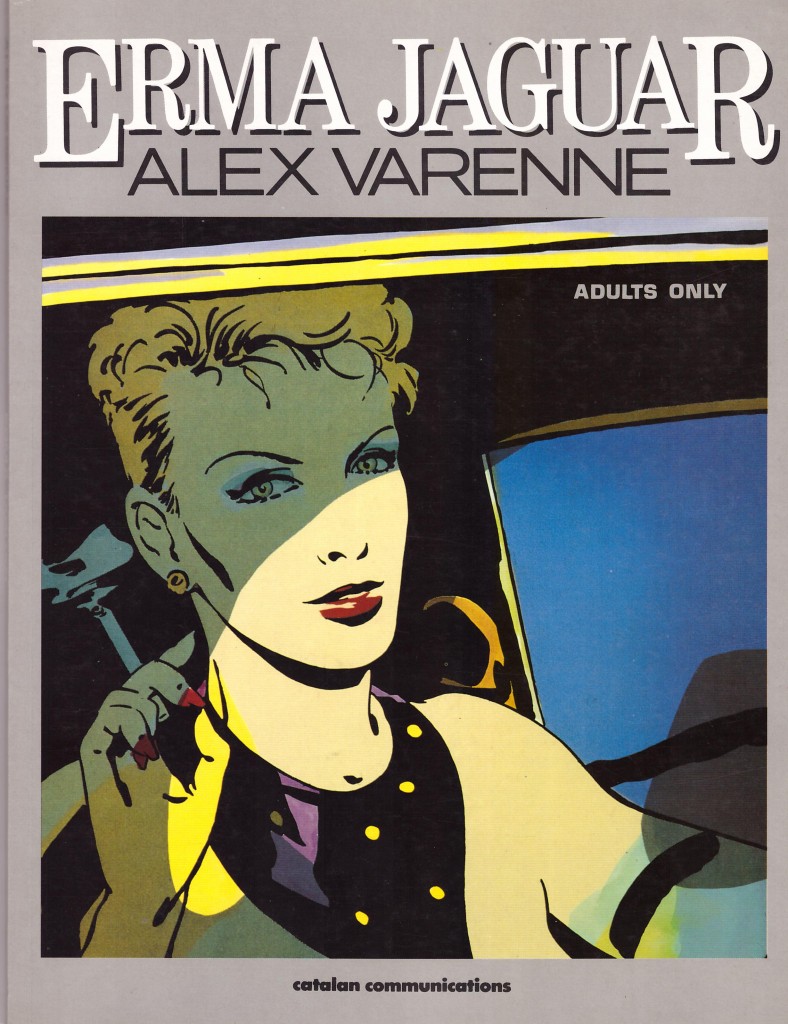 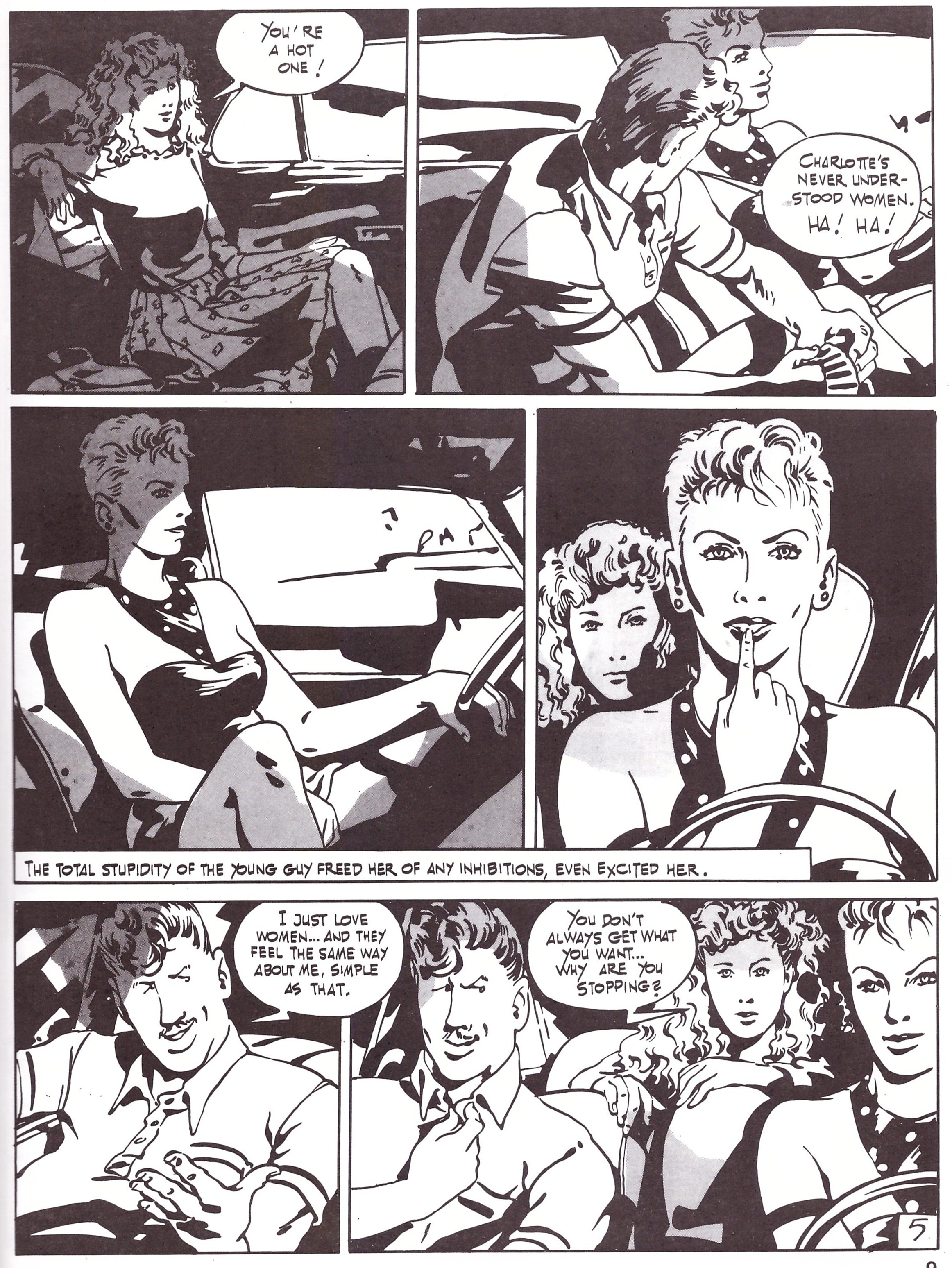 Alex Varenne is an odd artist. His approach is cinematic, and he succeeds in inducing an erotic atmosphere by use of fetishistic detail, posture and glances, and creates a viable seedy world that suddenly transforms into rich decadence. Erma is strong and alluring, and the instant definition of other characters is along similar lines. We have the innocent, the predator, the sleazy boyfriend, the middle-aged libertine and others whose appearance ideally matches their predominant character trait. The mood is strongly enhanced by the use of shadow to accentuate the allusion to a black and white morality, but anyone looking long enough at the pages will discover it’s often irritatingly placed with no obvious source. Once noticed for the first time, it’s difficult to dislodge awareness of its recurrence. Also relatively consistent throughout is a habit of drawing all men with a black smudge on their buttocks, and it’s never clear if this is a clumsy attempt at muscular definition or every male having a birthmark. And considering Varenne named the story after the car, there are a few occasions late on when he delivers an extraordinarily sloppy rendition from distance. Close up, however, it’s detail perfect.

The sexual content is very interesting, with Varenne years ahead of his time with regard to some attitudes. Explaining this and other elements enters spoiler territory, but he has a couple of good surprises toward the end of the book. One of them re-contextualises what might otherwise be seen as content liable to cause offence, although a lingering accusation can be levelled that representation of anynon-consensual sex crosses a line no matter how it’s later justified.

Erma Jaguar proved popular enough to prompt two sequels, only the first of which has been translated into English, as Erma Jaguar 2. 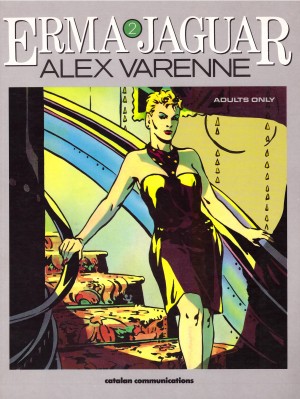