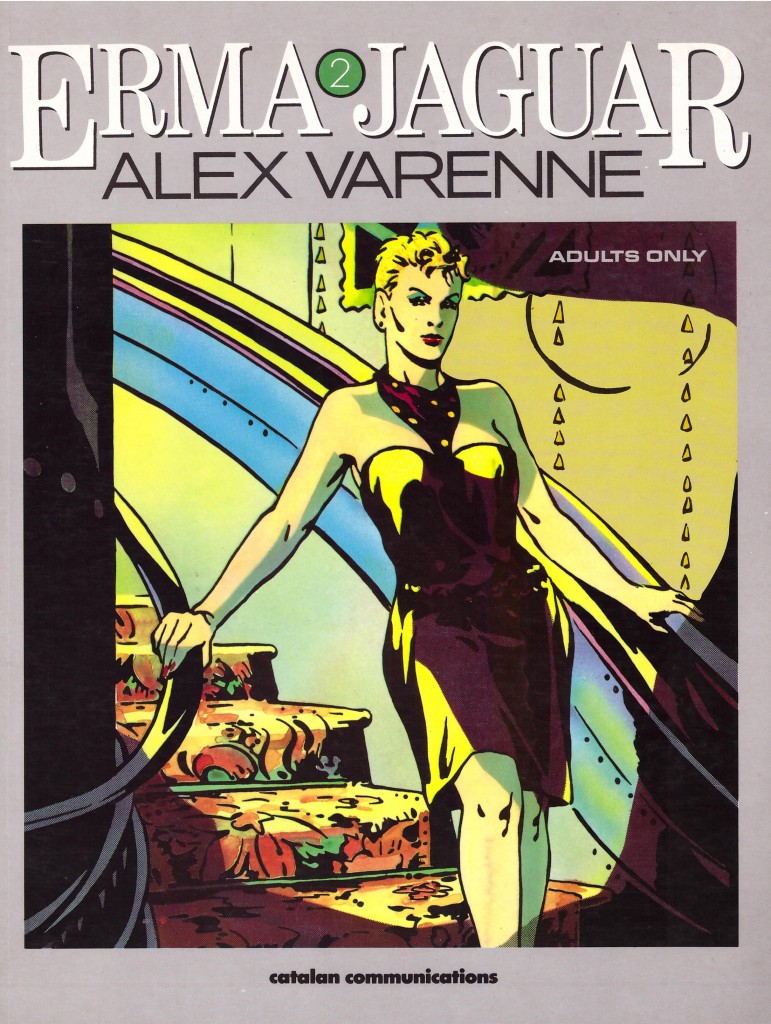 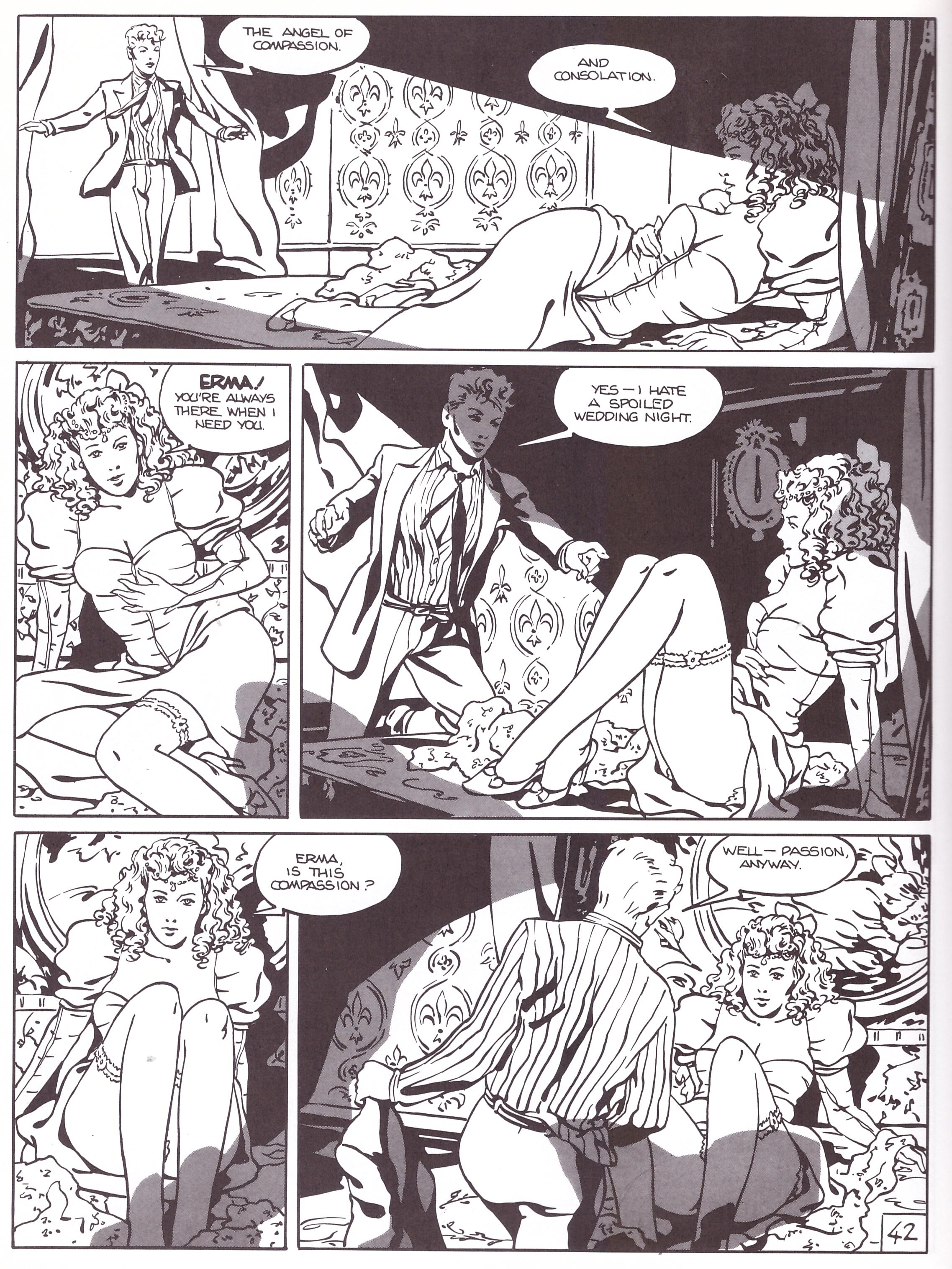 An often intriguing opening volume of Erma Jaguar presented a protracted sexual fantasy that was notably inventive and provided a pair of good twists toward the end. With readers now aware, could a second volume sustain the sexual tension?

The short answer is “no”. It’s not, however, to do with knowledge of secrets revealed in the first volume, but a diminished subtlety, longer scenes and basic repetition. The locations may be different, but the formula is the same: sleaze, seduction, companion and the decadence of the wealthy. The major problem, however, is Erma becoming almost a secondary character in her own title, when she’s by far the most interesting member of the cast. She’s usurped by Nina. That’s what she may be called, but the visual representation is that of Ilona Staller, better known as 1990s sex film star La Cicciolina. Her film performances had a reputation for whole hearted and enthusiastic participation, and Alex Varenne takes that character for the basis of his story. Of course, those who’ve read the first book are aware of an extra layer in play that somewhat justifies La Ciccolina’s presence, but it’s just not as interesting.

There’s an improvement in the art, which still emphasises strong shadows, but with a more natural basis to them than previously, but two further problems manifest, both of which were out of Varenne’s control. There’s a whimsy to his script, with flirtatious and sometimes surreal dialogue, but Elizabeth Bell’s translation appears to be very literal, and phrases that may make sense in French make none in English. It’s compounded by the poor quality lettering. It’s uncredited, but the person concerned appears not to use basic tools enabling the lettering to remain straight within the word balloon. In places it droops faster than the male appendage after Erma’s been in action.

A third Erma Jaguar graphic novel is available in several European languages, but since the demise of Catalan Communications no-one’s published that or Varenne’s subsequent work in English.