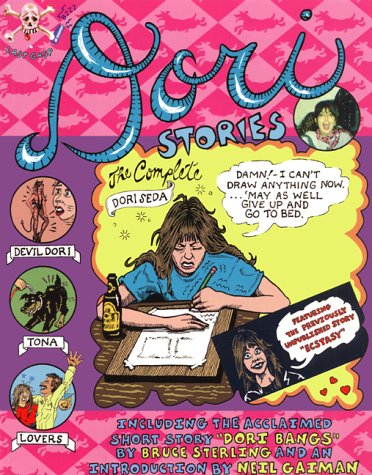 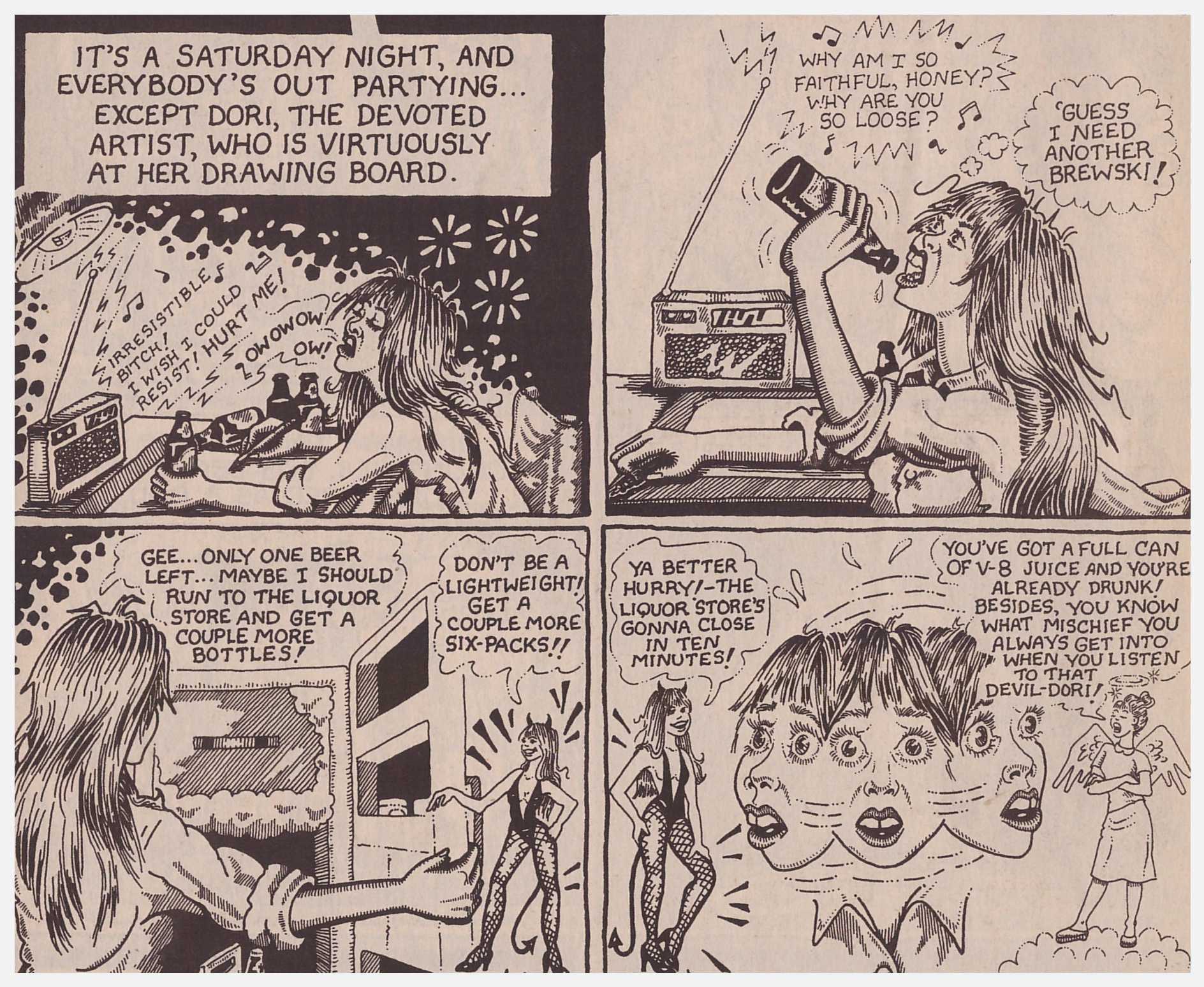 Dori Seda was a pioneer of women’s comics who died before her genius was realised. Rigorously self-examining, her goofy, zestful stories centre on living on the edge of society and struggling to make it as a cartoonist in the underground scene. In many ways her unfortunate death overshadows her talent – that and the short story about her sexual attraction to her dog and her dog’s sexual attraction to her, something that appears charming and funny, not weird, when see through her eyes.

Dori Stories collects most of her slim body of work, along with photos, pictures of artworks and creative notes, and is undoubtedly uneven, as it represents her first faltering steps as well as her more polished later work, plus every scrap of anything the editors could find to bulk it out. It is fascinating to see how she developed – rapidly, but with a good few false starts. Rather more realistic than many of her fellow underground artists, much of her drawing is carefully studied, but often breaks out in frantic activity. In the 1990s alternative comics were awash with people wanting to air their laundry in public, but few of them had her sense of story pacing and her ability to convey warmth and verve as well as self-loathing. When Seda was writing and drawing most women simply didn’t offer so much insight into their private lives, but if there’s one thing you can say about Seda it’s that she wasn’t afraid to shock.

Many of her tales of sex and drugs, rock’n’roll and then even more sex, with or without her devoted, panty-sniffing canine companion, don’t show her in the best light; there is no sense, however, of showing off, no sense of ‘look at me, look at how baaaad I am’ about her comics. They are honest and almost carefree in tone – sometimes whiney, sometimes self-deprecating, shot through with a morbid sense of humour. In spite of all that happened to her, Seda always kept trying, always kept working, and was always able to draw the reader into her frenetic world with a smile on their faces. The best Dori Seda stories are worth five stars all day long, but this collection is too patchy to warrant a high billing overall.