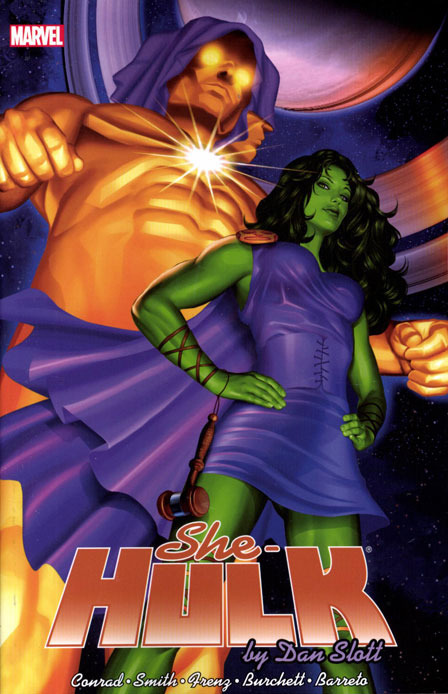 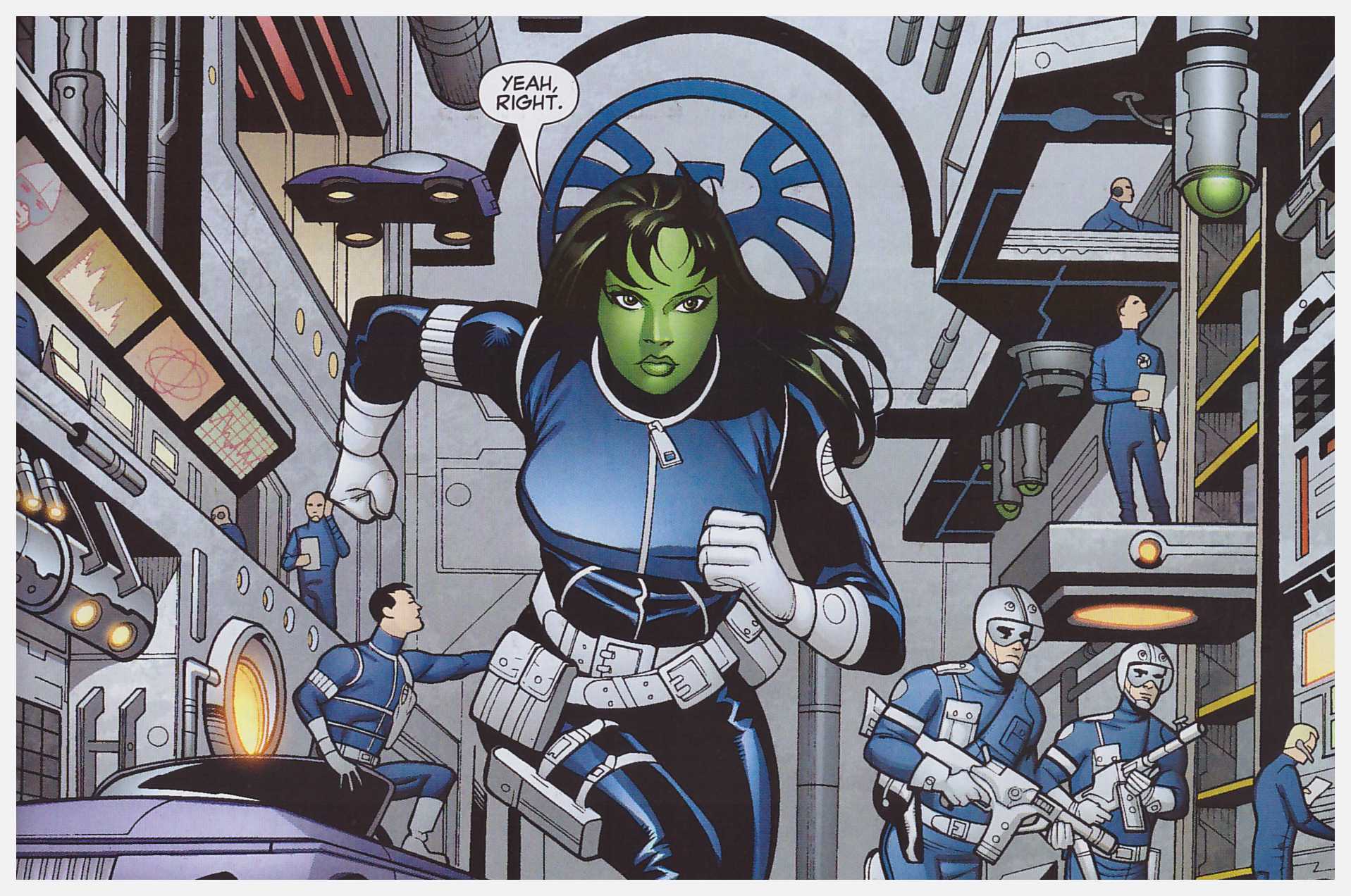 Dan Slott’s consistently imaginative take on She-Hulk continues in a slightly slimmer volume concluding his run on the series. He veers off piste on a couple of occasions here, perhaps to keep himself interested, but this follows the pattern of the first volume in being inventively plotted material.

The opening sequence deals with Starfox, an alien able to mentally tinker with the brain’s pleasure centres both to manipulate emotion and pleasure. He stands accused of rape, and his presence has long-term consequences. From his statements in court She-Hulk begins to wonder if she wasn’t unduly influenced during their previous relationship as Avengers.

She-Hulk’s personal life moves beyond just hanging about with John Jameson, and his father newspaper proprietor J. Jonah has a long memory and a grudge against She-Hulk for supporting Spider-Man’s prosecution for libel, as seen in volume one. Jameson Junior also has a rarely used alternate identity as Man-Wolf, an other-dimensional God, who plays a part here.

The material in this collection ties in with both Civil War and World Without a Hulk crossovers. The former encompasses defending the New Warriors from threats, and the latter being co-opted as an agent of S.H.I.E.L.D. The given reason is to apprehend former foes of her cousin, the Hulk, who’s disappeared, on the basis that they may have information. Except there are heroes who know fine what happened to the Hulk. A follow-up places She-Hulk back in court representing one of those captured foes, the Leader, with a novel defence.

When She-Hulk discovers the truth about the Hulk’s fate, she’s not happy, but those responsible are able to convert her back to plain Jennifer Walters and prevent her reverting again. Prior to that there’s another discovery about undue influence with consequences. The volume also reveals just who the law firm’s new boss is, and why they’re there, and concludes with a whimsical story about other-dimensional travel and its complications. As ever, Slott throws in several chapters with a different viewpoint, one achieving the almost impossible in being a tragedy about the Mad Thinker’s giant cube-headed android, now Awesome Andy.

The majority of the art is by Rick Burchett, and his wide-eyed cartoon-style depiction of She-Hulk is a contrast to previous artists on the series, although his storytelling is exemplary. A more traditional approach is taken by Will Conrad and Paul Smith.

The content is available separately as volumes titled Laws of Attraction and Planet Without a She-Hulk.