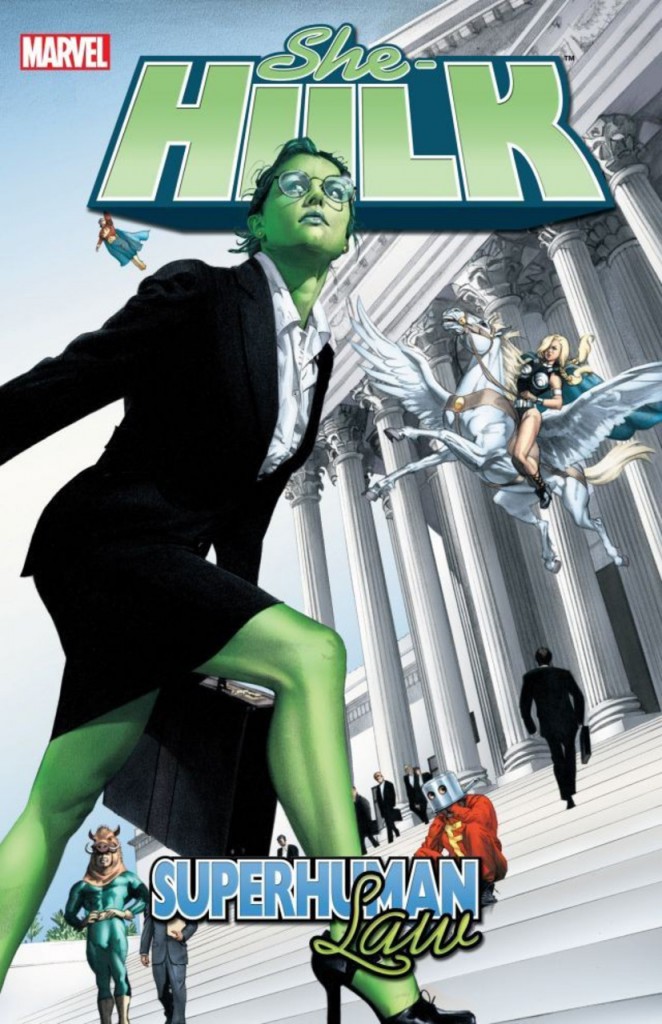 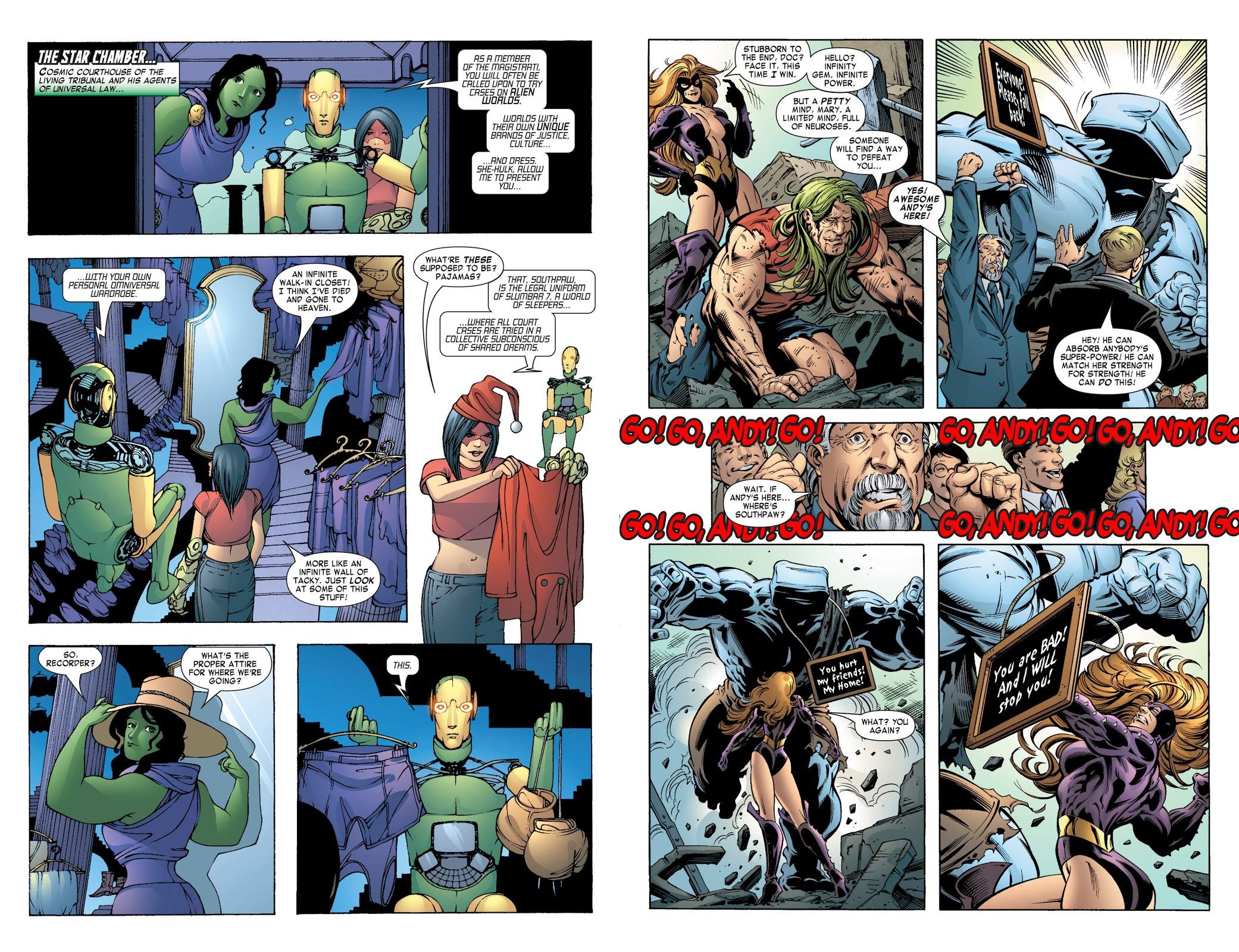 In Single Green Female Dan Slott and Juan Bobillo redefined She-Hulk for the 21st century, retaining the comedy elements that made John Byrne’s run on the character so popular, but equally honing in on Jennifer Walters as a more than capable lawyer. Superhuman Law delivers more of that top-class entertainment.

Bobillo only draws the first two chapters, with the remainder illustrated by Paul Pelletier. He’s a very traditional superhero artist delivering solid action sequences, and for the most part there’s not the problem of overly cramped and crowded pages that characterised his contribution to Single Green Female. Bobillo, though, is a more distinctive artist with a subtler line.

Slott continues to rummage around the obscure corners of the Marvel Universe, dredging up characters long-forgotten to good effect. One such is the Recorder, an artificial being constructed to record what it witnesses for information and analysis by the Rigellian race, another the Living Tribunal a celestial being who sits in universal legal judgement. Slott’s own creation Southpaw, a teenage delinquent with an energy-generating gauntlet permanently attached to her arm, provides a good foil to She-Hulk and a curb to her natural impulsiveness.

The problems posed in this volume are a super-villain suing Hercules for damages, She-Hulk’s ascension to a court arbitrating across space and time, a boxing match against the undefeated cosmic Champion, and an encounter with some comic fans determined to set She-Hulk’s continuity correct. There’s also a bruising battle with Titania, the super-strong former wrestler who’s She-Hulk’s only recurring foe. Given the tone of the series, there’s great potential for treating her as nothing but comic relief, but Slott again surprises by fleshing out her background to present if not an entirely sympathetic character, then one we can understand.

The series continues in Time Trials, and both books are part of volume one of She-Hulk by Dan Slott: The Complete Collection.