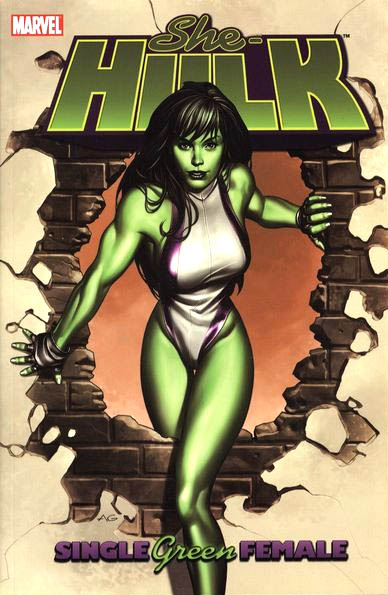 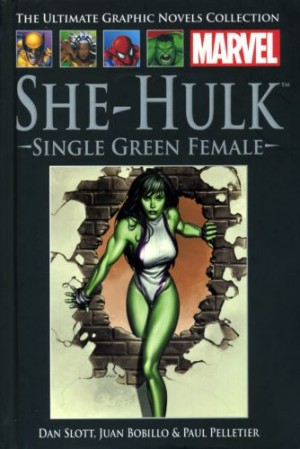 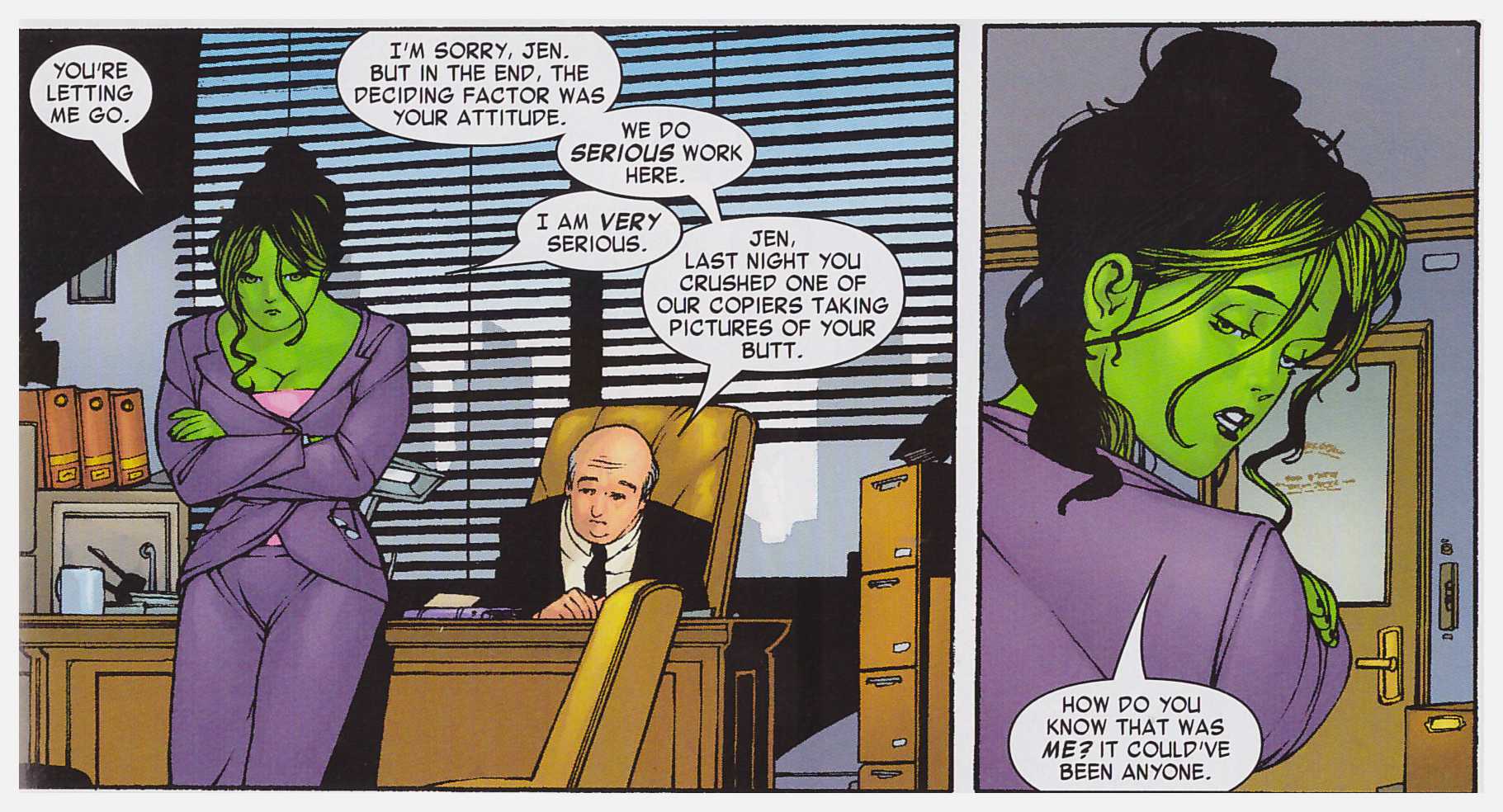 When the material in this volume was originally published, it had been almost a decade since She-Hulk‘s previous title, and she’d been relegated to occasional guest star appearances. Dan Slott’s reworking of the character was cleverly conceived and bursting with ideas. He took a humorous approach, with some scenes laugh out loud funny, and gave equal focus to Jennifer Walters’ pre-She-Hulk career as a studious and effective lawyer. Given that case after procedural case might make for dry reading in a superhero comic, Slott placed Walters in a law firm specialising in superhuman law, a deft touch for stories set on world where superheroes are commonplace.

The supporting cast are well conceived from uber-bitch Mallory Book, through the shape-changing process server to the bizarre, but eventually charming idea of the Mad Thinker’s giant cube-headed, faceless and speechless android as office gopher. Freed from the Thinker’s clutches via lawsuit, he communicates by writing on a chalkboard. In this environment Marvel Comics are legally admissible evidence on the basis that they’re officially licensed product relating actual events approved by a federal agency, the Comic Code Authority.

Slott makes Jennifer Walters’ workplace so interesting that it almost overshadows her superhero career, but he’s just as original when it comes to defining that. We’re presented with convicted super-powered criminals obliged to undergo Hank Pym’s shrinking procedure in order to house them more efficiently and cheaply, a murderous ghost and Spider-Man suing J. Jonah Jameson for libel. The Scorpion, who hates them both, takes his opportunity while they’re in the same courthouse.

Spanish artist Juan Bobillo delivers delicate clear-lined cartooning for most of the book, and the more traditional cluttered superhero art of Paul Pelletier suffers by comparison. Bobillo is essential to defining the human touches that prevent this series deteriorating into She-Hulk as a comedy punchbag.

The team continue with Superhuman Law, and this volume is also available as part of Hachette’s Ultimate Graphic Novels Collection complete with interviews and background material. This, Superhuman Law and Time Trials are also to be found in She-Hulk by Dan Slott: The Complete Collection. 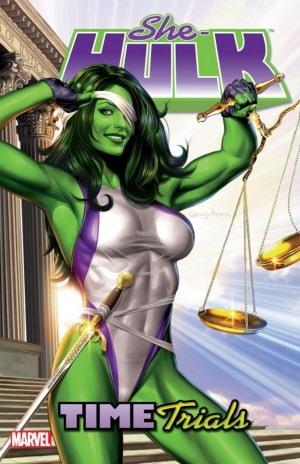 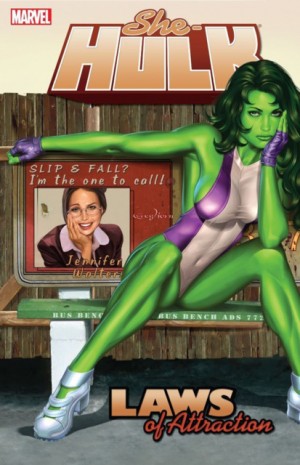 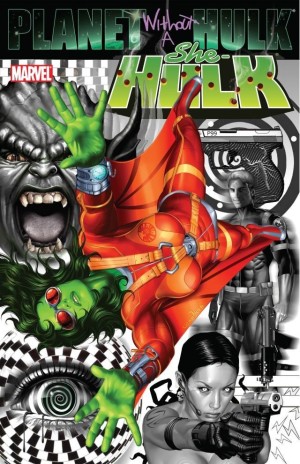