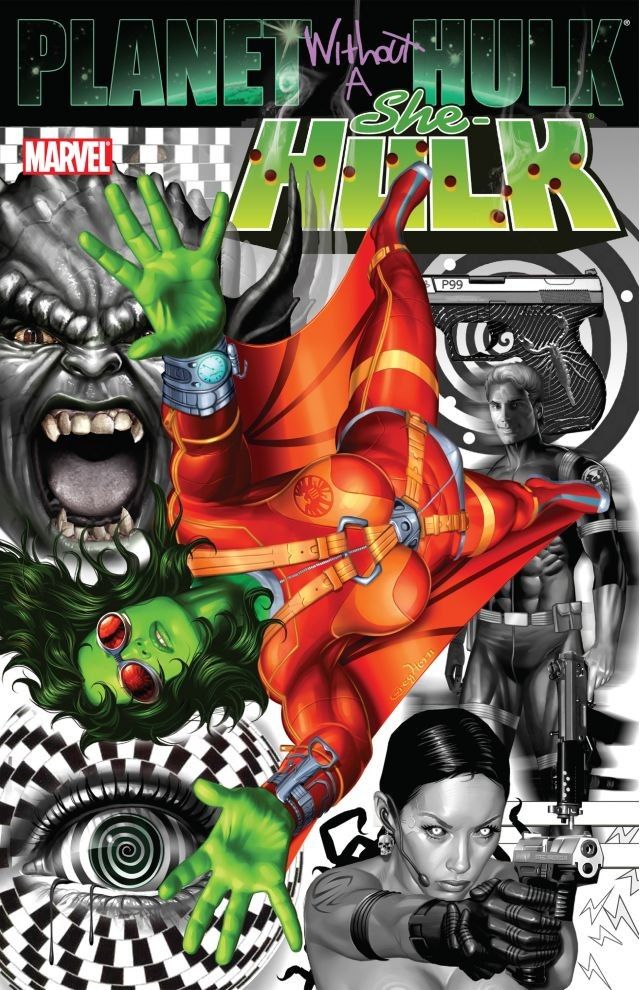 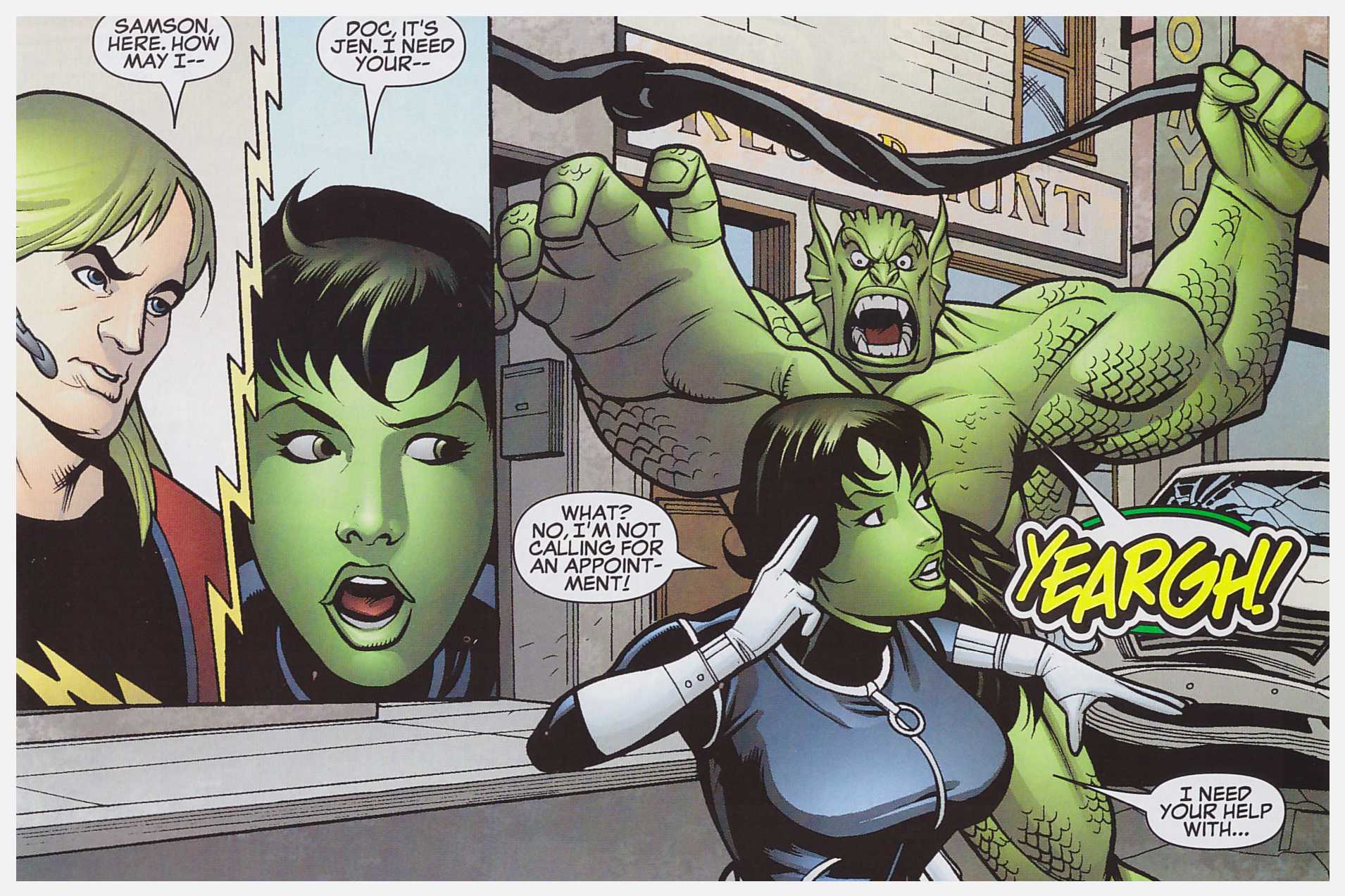 The bulk of this volume has She-Hulk co-opted into super spy organisation S.H.I.E.L.D., now headed by Tony Stark/Iron Man, ostensibly as part of a unit tasked with hunting her down her missing cousin, the Hulk. What Stark hasn’t bothered telling her is that he was part of a cabal that sent the Hulk off to space in order to remove the threat of his destructive rampages from Earth. Writer Dan Slott delivers four different, but inter-connected stories in which enemies of the Hulk are tracked. The action then switches back to legal complications as one of the most knowingly murderous of the Hulk’s foes, The Leader, is defended on the basis that the gamma radiation he absorbed also affected his personality. It leads to an uncomfortable time for Jennifer Walters, then temporarily unable to transform into She-Hulk

Planet Without a Hulk is the final collection of Dan Slott’s She-Hulk stories, with the final chapters scripted by Ty Templeton. They tie-up all the elements running in the background throughout Slott’s term as writer, in characteristically ingenious fashion. The final issue sets a lot right for She-Hulk and Jennifer Walters amid a plot whereby inter-dimensional technology has permitted ordinary humans from another earth to masquerade as superhumans, be they heroes or villains.

Artist Rick Burchett made his She-Hulk début as one of many contributing to Laws of Attraction, but draws this entire book. There’s a cartoon quality to Burchett’s work that’s frequently overplayed, particularly wide-eyed characters almost mugging at the reader. He’s a decent storyteller, though, and the consistency of a single artist throughout is welcome, and a first for this series.

As a bonus the collection also includes some cover sketches by Greg Horn, and a copy of the pitch Slott made before starting to write She-Hulk. Unusually, almost all elements from the one page document end up in the series at some stage. She-Hulk is continued by Peter David in Jaded.