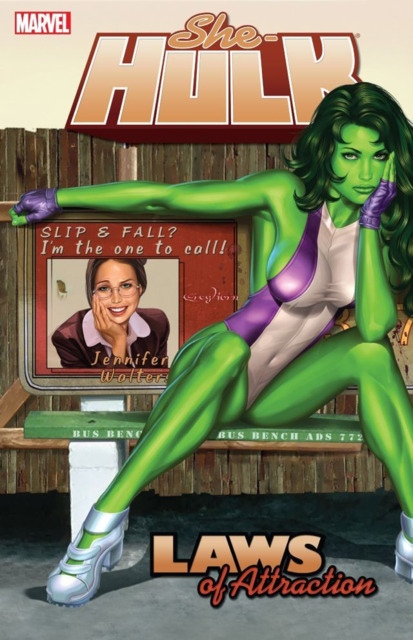 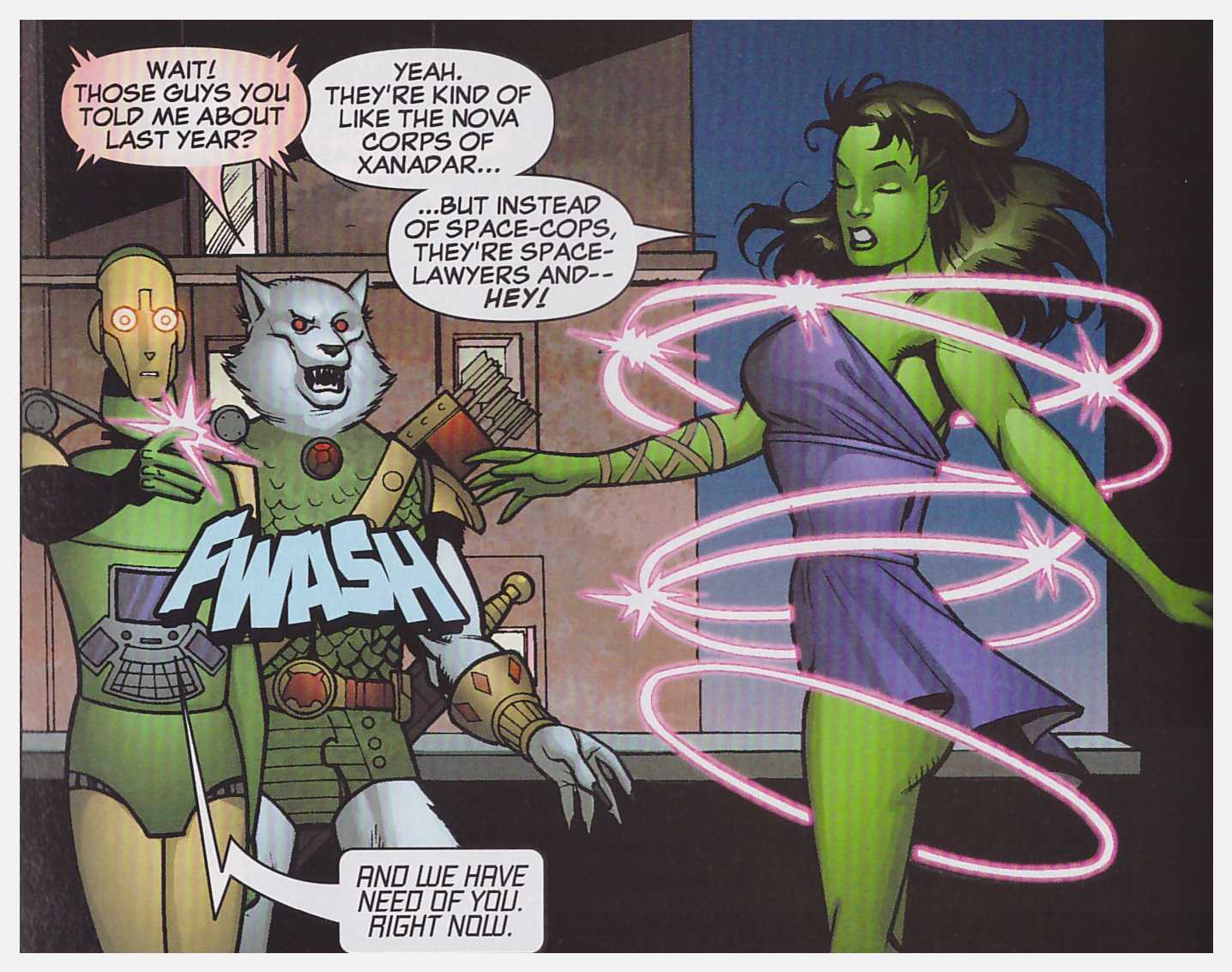 In Laws of Attraction writer Dan Slott continues his policy of resurrecting the under-used characters at Marvel. Enter god of Titan, Starfox, or Eros as he’s known to his family. Able to stimulate the pleasure centres of the brain, he stands accused of sexual assault, and the repercussions of his visit to Earth linger.

As in previous volumes there’s one story where the humour is largely absent. Multiple ructions rumbled through the Marvel Universe after a mission undertaken by the New Warriors resulted in the destruction of an entire town and the deaths of six hundred people. Now those team members that survived the tragedy are being targeted. Furthermore, as a lawyer in her civilian identity, Jennifer Walters is at the centre of subsequent attempts to force all superheroes to register with the government.

Still, it’s not all bad news. She-Hulk has been having fun with John Jameson, and their relationship rapidly escalates. The downside is that his father is newspaperman J. Jonah, who has a long memory about losing a court case to Jennifer, a bad temper and a robotic Spider Slayer in the basement. There are also revelations about the mysterious Mr. Zix, charged with overseeing the law firm employing Jennifer, and her arch-rival Mallory Book begins a distinctly odd relationship.

Yes, Dan Slott delivers another set of eccentric and engaging superhero stories, with tongue, for the most part, lodged in cheek, but without ever sidelining the drama. A variety of artists illustrate, with the best of them Paul Smith, but all lack the touch of individuality supplied by launch artist Juan Bobillo, who signed off with Time Trials.

The fun continues in Planet Without a Hulk, and they both form part of volume two of She-Hulk by Dan Slott: The Complete Collection.