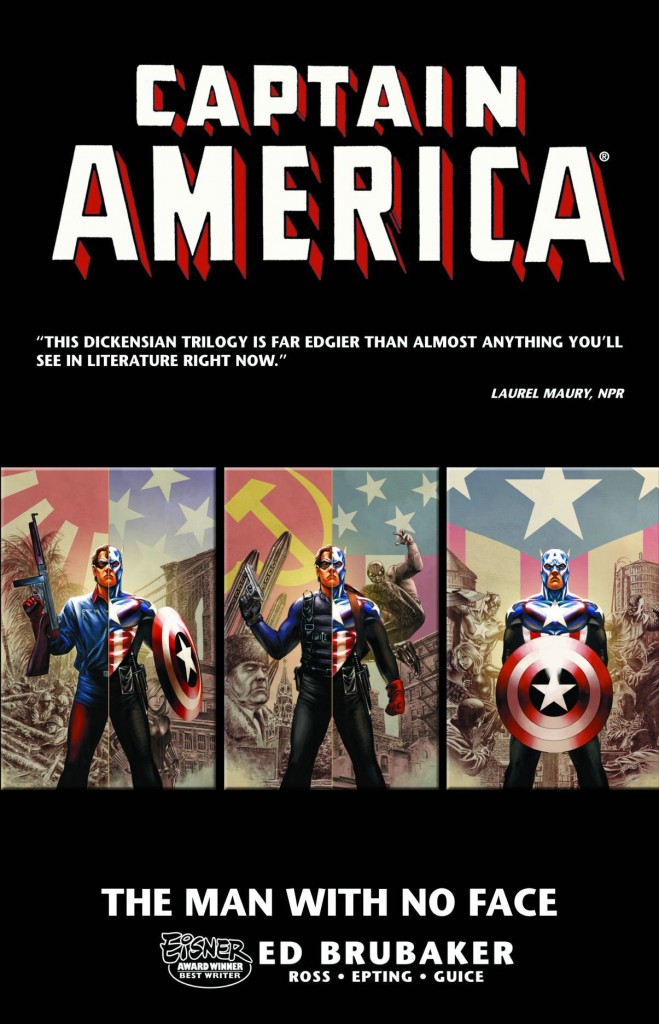 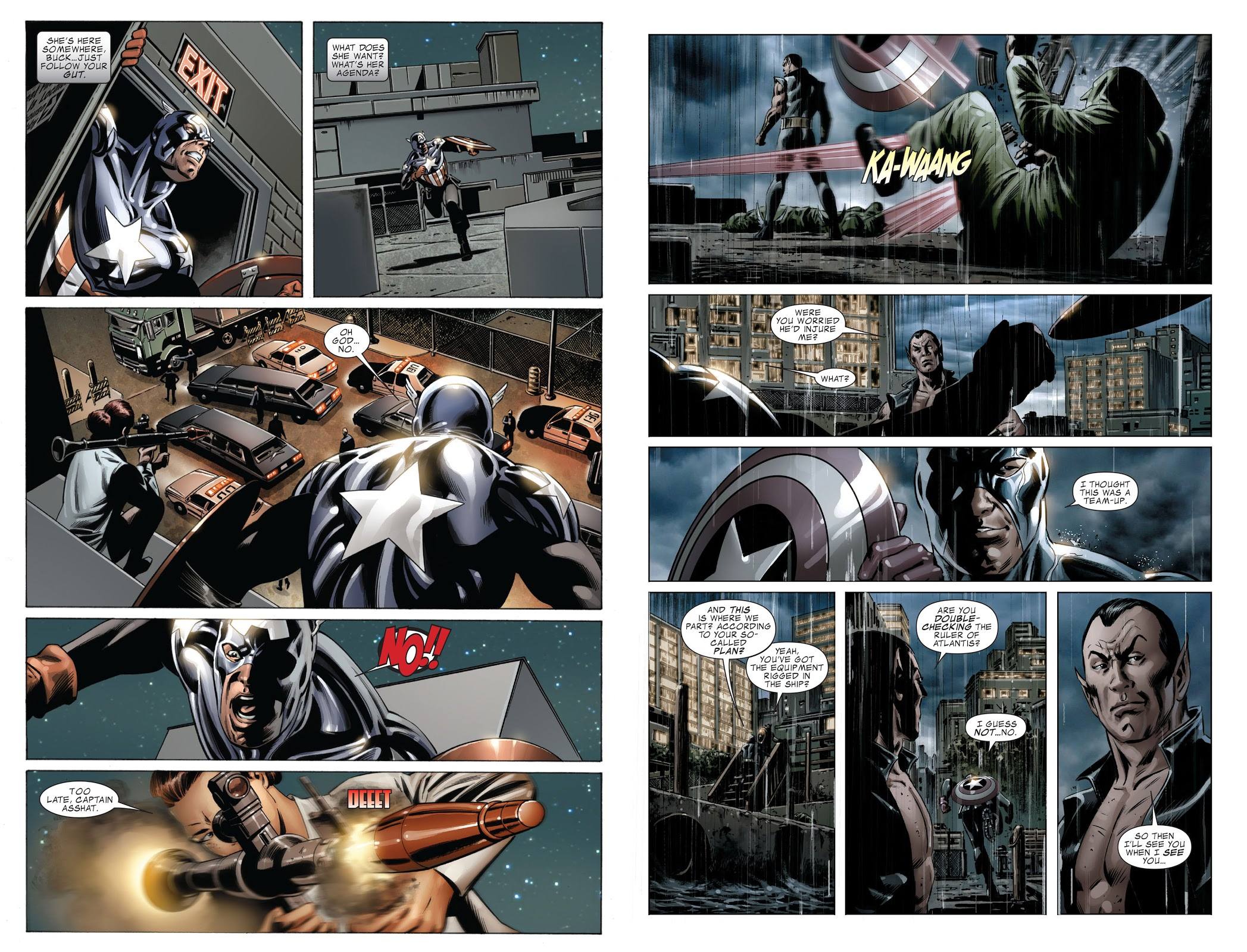 Ed Brubaker’s writing of Captain America was marked by milestone stories, notably the return of Bucky Barnes after 50 years and the ‘death’, then eventual return of Steve Rogers. The event issues notwithstanding, there’s a case to be made for The Man With No Face being his finest collection.

The book features two connected stories, the first setting up the second, and returns to Brubaker’s earlier days on the title by the narrative largely focusing on a single character. With Winter Soldier now comfortable deputising as Captain America, Brubaker puts him through the wringer via associated elements of his past. A scientific prodigy he rescued during World War II as a teenager with the Invaders became one of his few failed assassination attempts while under Soviet control, and this leads to a modern day threat. Along the way there’s French mercenary Batroc the Leaper, credibility restored by the simple method of ditching the comedy phonetic dialogue so beloved by previous writers, and a particularly fine characterisation of Namor, Winter Soldier’s former Invaders colleague. The aloof regal arrogance is pitched perfectly. The titular man with no face is a deadly new foe, one of the few created by Brubaker during his Captain America run, but seemingly very much based on Death Stalker from 1970s Daredevil comics.

The art of Steve Epting, so integral to previous volumes, is only featured over 23 pages, but Butch Guice (sample right) mimics his layouts in exemplary fashion, creating a seamless transition over the final two chapters. The earlier chapters are drawn by Luke Ross (sample left) in more expansive fashion, perhaps more suitable for daylight battles on New York’s shorefront.

A further element contributing to this being a satisfying read is the concentration on the single story, albeit with required diversions into the past. Several previous volumes have split the focus very effectively, but the red herrings and clues had been teetering on the point of annoyance rather than tantalisation, and it’s major flaw of the next volume The Road To Reborn. If you’ve heard Ed Brubaker’s Captain America run is good and want to sample a single volume, this is the one. It’s also featured in the Captain America Lives omnibus.