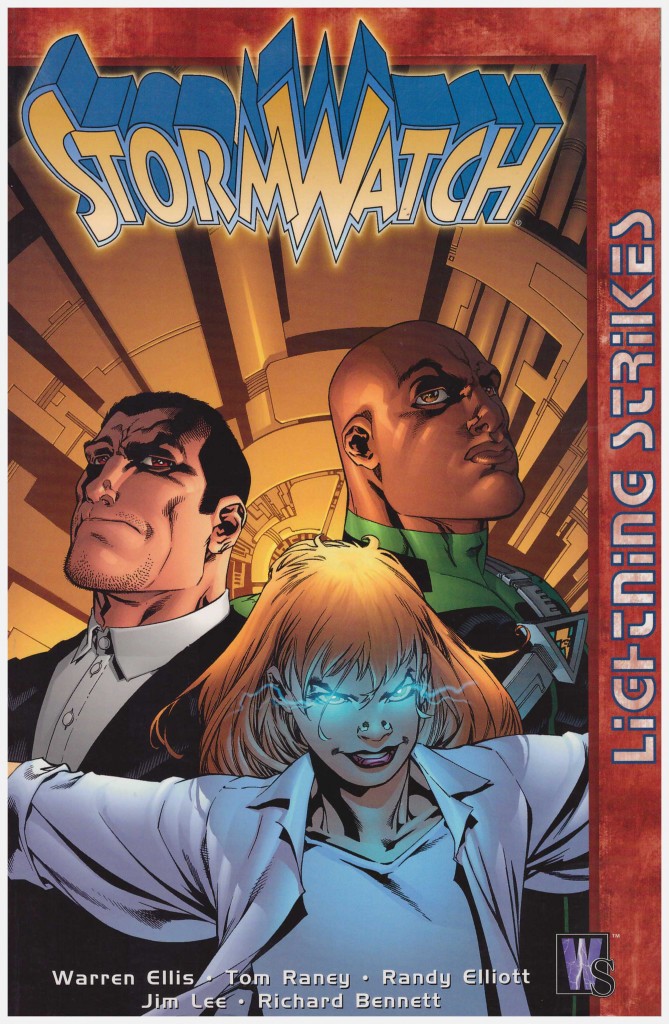 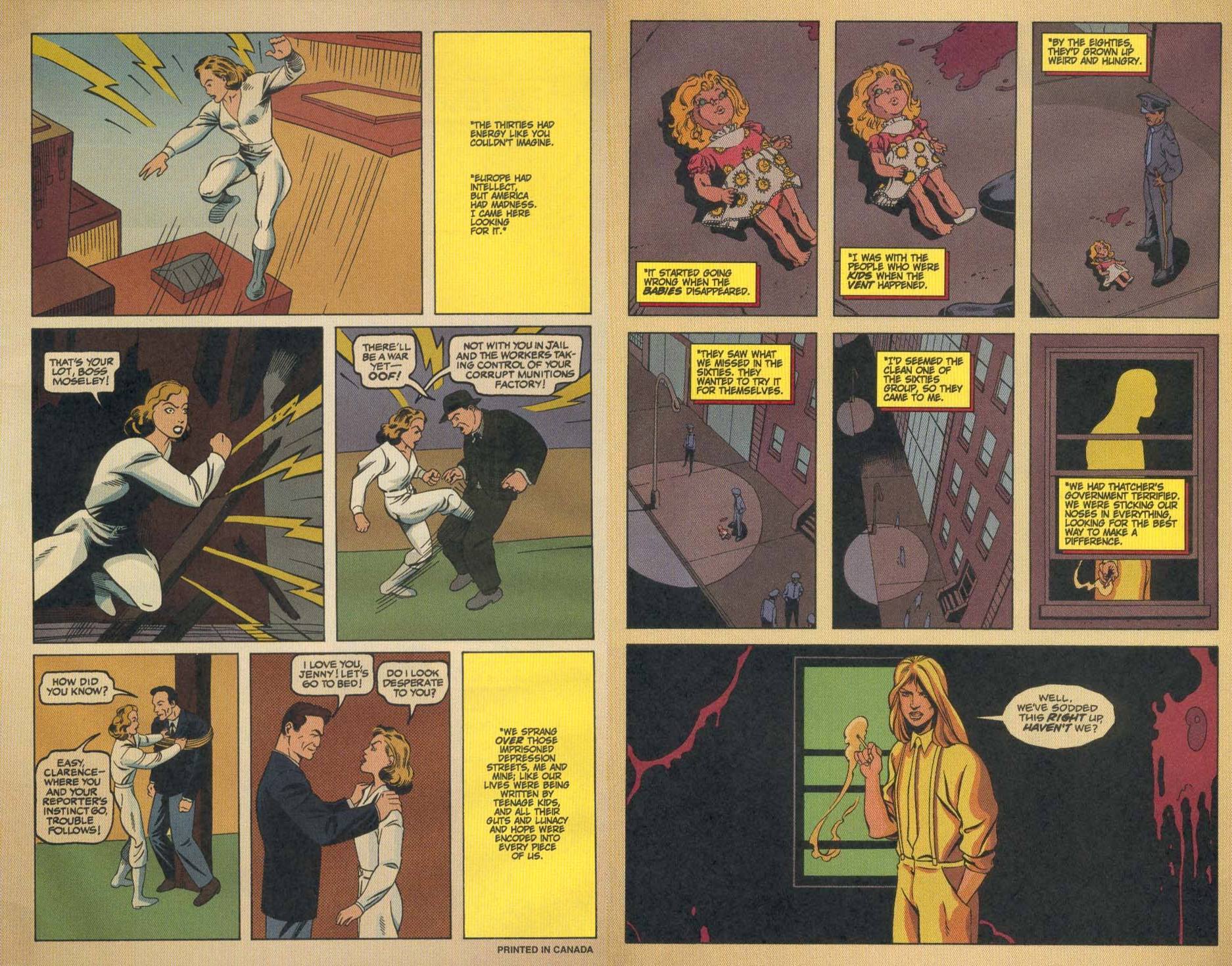 Force of Nature introduced Warren Ellis and Tom Raney to Stormwatch, and while spirited, fell more into the ‘promising’ category. Lightning Strikes is a step upward. It may not be to all tastes, but there’s no argument that it’s all competent superhero comics. Three chapters spotlighting individual team members are followed by a team bonding session in the form of a global pub crawl. In the course of that Ellis broadens his palette by the shaping the former members of the cast to his own requirements. Hellstrike is given a moustache, Rose Tattoo is given a sacrifice and Fahrenheit is given a character.

It’s the second chapter starring Jenny Sparks that particularly impresses. Already established as far older than she seems, the spotlight falls on her previous attempts at a superhero career, with Raney delivering accomplished pastiche art of assorted styles from the 1940s to the 1980s, with his Spirit and Watchmen elements particularly notable. The previously self-assured and irritatingly smug personality is revealed to have been constructed to patch over the mistakes of the past. Elements of that past would recur in The Authority.

Raney’s art continues to improve, with the previously awkward layouts now consigned to the past, and a more adroit touch at delivering personal mood through posture. There’s also an improved appreciation of anatomy and movement.

The final chapter is illustrated by Jim Lee in a series of full pages with captions pasted over. After the previous material it’s a retrograde step, a failed experiment lacking inspiration. Thankfully it was only a blip and Change or Die ramps up the excitement.

This can also be found as part of Stormwatch volume one along with its predecessor and part of its successor.